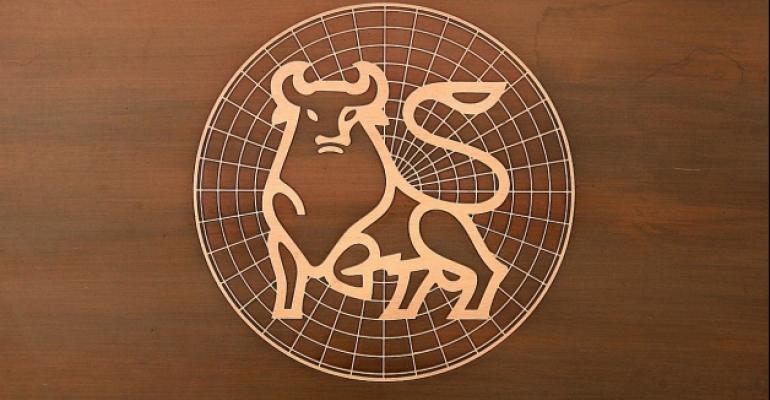 The new program will also include a ban on cold-calling and a shorter period to complete the program, from 36 to 18 months.

Merrill Lynch Wealth Management revealed details Monday about its new advisor development training program, with perhaps the biggest change being a ban on cold-calling that will apply to the entire Thundering Herd.

“As a firm and an industry, we’ve moved well beyond cold-calling,” said Andy Sieg, president of Merrill Lynch Wealth Management, on a call with reporters Monday afternoon. “We will not be engaged in cold-calling across any of our advisors. Cold-calling is a very inefficient way to build a practice today. Most experienced financial advisors at our firm and across the industry concluded that some time ago.”

The ban on cold-calling was first reported by The Wall Street Journal and Bloomberg.

Trainees will, instead, be encouraged to build new client relationships via LinkedIn as well as leads and referrals from Bank of America. Sieg said there are broader opportunities for collaboration and referrals to move across from the consumer bank to Merrill. The bank serves more than 60 million customers, more than 3 million of which have a net worth over $1 million and don’t have investment relationships with the firm.

Louis Diamond, president of Diamond Consultants, believes the cold-call ban stems from several firings of Merrill advisors who violated the firm’s Do Not Call list. For instance, the firm terminated financial advisors Ethan Kunin in Austin and Nicholas John Ferguson in New York at the end of 2020. In his BrokerCheck profile, Kunin said he was following guidance he received in the training program during the summer of 2020.

“In classic Merrill form though, they’re making a blanket rule across the company, without making exceptions or letting certain advisors who aren’t violating the rule still kind of do their business the way they want to,” Diamond said. “It’s just industry practice: Trainees cold-call, and it’s like a rite of passage. It’s how so many advisors built their business. It’s a badge of honor.”

“When advisors build businesses off of bank referrals, those businesses aren’t very portable, because any bank referral falls out of Broker Protocol protection,” he said, referring to the decades-old industry wide agreement that allows brokers to more easily change firms, bringing limited client data with them. “Usually bank referrals are stickier to the bank. It just goes to creating a next wave of a captive advisor force.”

Eliminating the ability to cold-call could also make the program even harder to get through, Diamond argues.

“In this day and age, having multiple means of communicating with clients and prospects is essential,” he said. “Having these guys fight with one hand behind their back, while other firms still allow cold-calling, that’s a challenge. It’s tough to grow your business that way.”

Sieg argues, however, that the new program will be more efficient and effective. The firm is targeting an 80% graduation rate, versus the current success rate and rates of success across the industry, which is generally less than 30%, he said.

Besides the change to cold-calling, the program will also feature a new Merrill advisor trainee role, which will include a salary plus incentives and will be open to colleagues across the company, including consumer banking, global banking and markets roles currently in Merrill, such as client associates and external candidates.

But executives also expect it to provide a natural career path for the firm’s financial solutions advisors that sit within Merrill Edge. These folks are already meeting with 20 to 25 clients, talking to them about their financial needs. The difference is, it’s not as broad a range of offerings, and it’s more specific to the Merrill Guided Investing platform, said Aron Levine, president of preferred and consumer banking and investments.

“That creates a tremendous amount of skills and client experience that is already the starting point for when they move into the final stage of the advisor development program, so they’re already well ahead of the game,” Levine said.

Merrill currently has 2,000 existing trainees, who are expected to graduate in the next 12 to 18 months. The new program will graduate about 1,000 new advisors per year, but now, instead of a 36-month period, the program will last just 18 months.

Execs believe the shortened timeframe won’t be a problem, given that most trainees will already have significant client-facing experience before stepping into this role.

The hurdles will remain the same. To graduate, trainees will be required to have 25 households and $15 million of client assets.

“For Bank of America and Merrill to continue to lead, we know we need to grow a professional advisor force that’s well equipped to serve present and future clients,” Sieg said. “For us, we know growing our advisor force can be done through an organic talent development strategy by taking advantage of the tremendous people we have at all levels across Bank of America.”