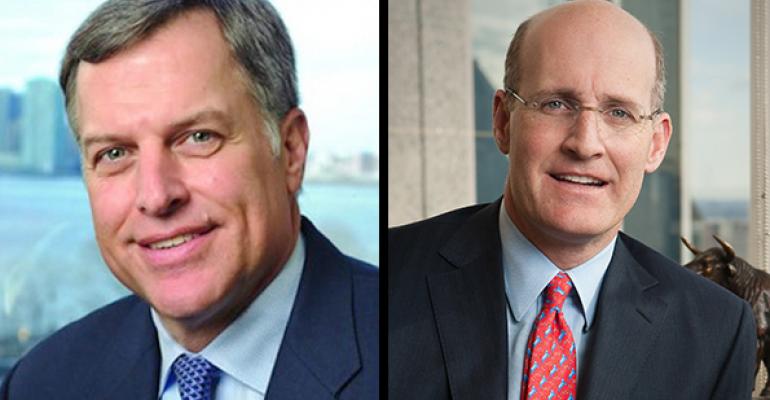 John Thiel, who has led Merrill Lynch Wealth Management since 2011, is stepping down from his role to pursue other passions in his life, including working with organizations that help the less fortunate. Andy Sieg, who has led the firm’s global wealth and retirement solutions division for the past five years, will take over as head of the thundering herd on Jan. 1.

Thiel, 56, will stay on as vice chairman of global wealth and investment management.

“He’s stepping back from the day-to-day, but he’s going to be very active as vice chair,” said Bank of America spokeswoman Susan McCabe.

One of Thiel’s priorities at the helm has been the firm’s shift towards goals-based wealth management, especially as the Department of Labor was finalizing its fiduciary rule.

“Recognizing that our strategy has been proven and is now being implemented, John came to me and indicated he was thinking about his future and his desire to connect to the other passions in his life, particularly his commitment to working with organizations that help people who are less fortunate,” said Terry Laughlin, Bank of America vice chairman and head of global wealth and investment management.

Thiel has been in the industry for 26 years, and is looking towards the next stage of his life, which would most likely be outside of wealth management. He started his career with Merrill as a financial advisor in Tampa, Fla. in 1989.

He has been an advocate for cancer research and currently serves as chairman of the Manhattan Region Financial Services Cares Board of the American Cancer Society. He’s also chairman of the board of Florida State University’s Foundation.

The leadership change does not impede Merrill’s move toward goals-based wealth management, the firm said.

“It’s further advancing the implementation of it,” McCabe said.

Sieg, 49, first joined the firm as an analyst in the global wealth management division in 1992, and served in various senior strategy and field roles over the next 13 years. He left in 2005 to lead the emerging affluent client segment within Citigroup until 2009, when he rejoined Merrill Lynch.

Starting next year, he’ll be responsible for more than 14,000 of the firm’s financial advisors, 6,000 client associates and more than 300 private wealth advisors in its private banking and investment group.