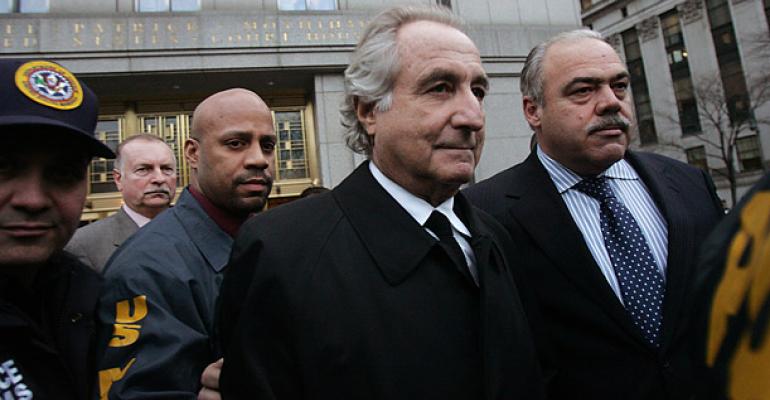 Madoff's Ponzi scheme had a huge impact on the advisory industry, writing down a retirement plan increases the chances of follow-through, and millennials care about their financial future.

Just how much did Bernie Madoff’s Ponzi scheme disrupt the financial services industry? Researchers at Cornell University set out to quantify the impact and found that Madoff’s fraud was responsible for $363 billion withdrawn from investment funds. The study found that investment firms with clients in areas affected by Madoff were 40 percent more likely to go out of business. Most of the money withdrawn was deposited into less-risky investments and in banks. The study also found that firms that build trust with clients by providing services like financial planning experience fewer withdrawals.

The Key to Retiring Wealthy A new report by Charles Schwab appears to have unlocked the secret to successful retirement planning: put it in writing. The report found that people who have a written retirement plan were 60 percent more likely to increase their 401(k) contributions and twice as likely to stick to a monthly savings goal. The only problem is that just 24 percent of Americans have a written financial plan. And it's not like it's that complicated. Walter Updegrave, the editor of RealDealRetirement.com, writes for Money.com that a retirement plan needs only three simple elements: a target savings rate—about 15 percent a year (employer contributions included); a long-term investing strategy—a mix of stocks and bonds based on your risk tolerance; and a regular monitoring plan—annual reviews should suffice unless a catastrophic loss occurs.

Millennials Are Worried About Money Sixty-five percent of millennials are worried the most about their financial situation, according to a new study by BMO Wealth Management. The study, which surveyed 1,003 millennials on personal goals, saving options, financial goals, life priorities and retirement planning, found that 42 percent save money via a savings account, 13 percent use an IRA or 401(k) and just 6 percent have a Roth IRA. While millennials say they're worried about their finances, just 10 percent named saving for retirement as their top priority. That's because 37 percent feel that retirement is too far off and they have more-immediate priorities—like paying off debt.