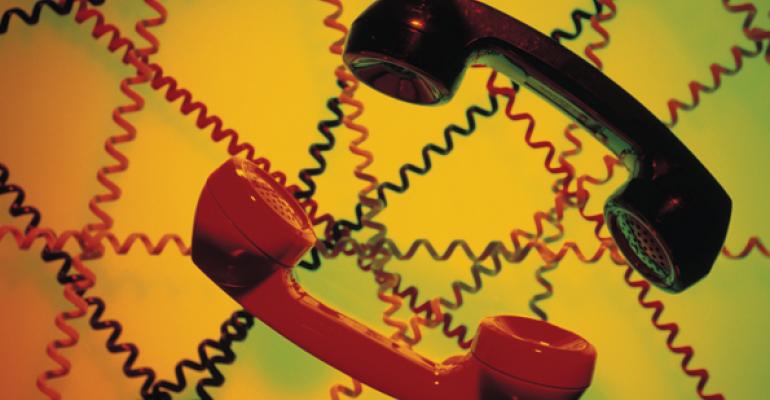 There has been a lot of talk in recent years about how the industry has changed—particularly in regards to the breakaway broker trend and the move toward independence. Every industry survey from the likes of Aite Group, Cerulli or Tiburon seems to reinforce the idea the breakaway trend is picking up steam. Tiburon recently found that “fee-based financial advisors have $2 trillion assets under management, up nearly 40 percent since 2005.”

What explains this trend in part is that advisors now have many high-quality versions of independent practices from which to choose, and new firms are being created all the time.

As successful as the independent channel’s recruitment of former wirehouse brokers has been, it could be greater. Wirehouses have always done a great job finding talent, thanks in large part to the high level of training and coaching their managers receive on recruiting. Moreover, wirehouses generally only hire managers who have demonstrated past success in recruiting quality advisors, and most managers are, or have been, producing advisors at one point or another in their careers, so they know how to talk to their audience.

Contrast this to the majority of recruiters in the independent space who have never worked in a wirehouse. Chances are they don’t fully understand the world that breakaway advisors come from and know little about the challenges of business ownership. They have scant appreciation about what it will take a newly independent advisor to achieve his goals. With such disconnected experiences, some communications are bound to get lost in translation.

The idea of independence itself is such a different paradigm for wirehouse advisors that if recruiters can’t bridge the gap between where the advisor is and where he wants to go, the advisor will look for the door rather than the deal. It’s not just the models and cultures that are different, but also the vocabulary. Wirehouses focus on an advisor’s “trailing 12” as a barometer of success; independents focus on assets under management. Wirehouse advisors think of custodians as those folks who clean their offices; independents rely on custodians to hold assets. Wirehouses offer a relatively limited platform; independents offer true open architecture and the ability for the advisor to become a client of the Street on behalf of his clients. And the list continues.

The bottom line is that many deals between independent-minded wirehouse advisors and the appropriate independent firms fall apart, due largely to the fact that recruiters at these firms and advisors are not connecting. They are not speaking the same language. Advisors are walking away frustrated—many times with more questions than answers and uncertain about how their businesses would be supported.

Take Robin, the senior member of a Midwest wirehouse team with $200 million under management. After years of frustration with management and a sense that things would only become more bureaucratic and frustrating, she was certain that the only way to live a quality professional life was to go independent. She was particularly enamored with one of the RIA custodians and felt certain that, with their help, she could build the firm of her dreams. But as she moved through the due diligence process with them, the custodian’s recruiter pressed to receive documentation that Robin felt was irrelevant, used language that was unfamiliar to her, and jumped ahead to the finish line assuming, wrongly, that Robin was on board and ready to commit. Robin became increasingly frustrated by the disconnection and gave up. As a wirehouse advisor, she needed to be educated to become completely comfortable with the short- and long- term benefits of being a business owner, how her day-to-day life as an advisor would change, and how she could reach her goals for growth under this new model. Instead, the custodian’s recruiter wrongly assumed that Robin knew how it all worked and jumped to try to close the deal, only to lose it instead.

In the case of Sam, a top West Coast advisor managing more than $1 billion, the scenario is still evolving—but in a different way. Sam recognizes that his primarily off-shore business can no longer be served best at the wirehouse firm where he has spent the last 23 years. He has done a lot of due diligence on his options over the course of a year, and realizes that the only way to run a sophisticated, robust, customized and flexible business that would better serve his clients was to create his own firm. Sam was introduced to Richard, the head of business development for a model of advisory practice that allows advisors to be independent but have access to thought leadership, a full platform and cutting-edge technology. Richard had spent 25 years in the wirehouse world and connected with Sam immediately. He understood from the get-go what a seismic paradigm shift Sam would experience in the move and allowed Sam to get there at his own pace. Moreover, he explained to Sam the reasons for every document requested, painted a vivid picture of what Sam’s new professional life would look like as a business owner, and introduced him to all the appropriate third-party consultants and service providers who would make Sam’s life as an independent as efficient and productive as possible. After nearly a year of meetings and soul searching, Sam will leave his wirehouse firm in the fourth quarter of this year and join Richard’s firm.

How can independent firms strengthen their recruiting efforts and attract a greater share of available wirehouse talent? The short answer is to leverage the growing pool of wirehouse managers who are disgruntled or have voiced frustration with their firms. These veterans possess vast experience, and other wirehouse advisors that independent firms want to hire will relate to them. Simply speaking the same language can lead to vastly increased numbers of wirehouse advisors making their own decision to jump ship.