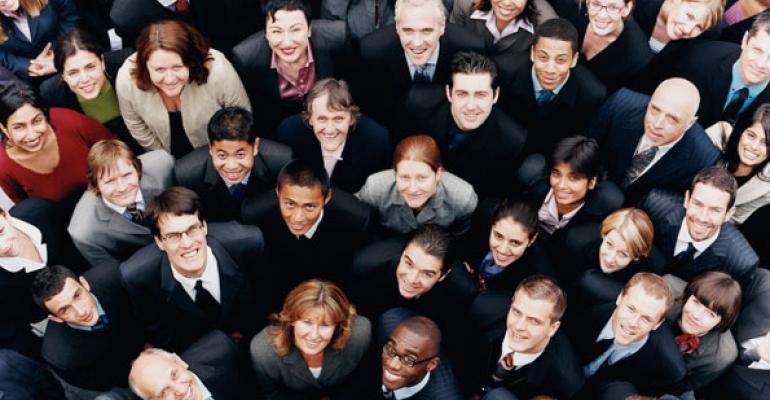 As firm-switching among brokers rose to record levels over the past four years, the number of signatories exploded, growing almost 40 fold. Many of the new signatories are RIAs.

In the eight years since it was written, 801 firms have signed onto the so-called broker protocol, which defines what kind of client information a departing broker can take with him to a new firm. That, in turn, determines the ease with which an advisor can take his clients, and their accounts, to the new joint. Advisors are allowed to take client names, addresses, phone/fax numbers, email addresses and account names; they can’t take tax ID or social security numbers, client statements, account numbers, or any other financial documentation pertaining to the clients.And they can’t let their clients know about the move or solicit them before they make the switch.

Here’s the interesting thing: 97 percent of the protocol’s new signatories have joined since the financial crisis. From January 2008 to February 2012 alone, 780 new firms got on board. It makes sense. A record number of advisors changed firms in the years after the market fell apart.

“Looking at the list of firms who joined since 2008, most of them are RIAs which appear to be the destination of choice for departing brokers,” says Aegis Frumento, Esq. a partner with Stern Tannenbaum & Bell LLP.  “There are far more RIAs than there are broker/dealers with substantial retail operations, so it makes sense that there would be a lot of RIAs joining the Protocol.”

The protocol was hashed out by Merrill Lynch, Smith Barney and UBS in 2004 after the firms came under scrutiny from regulators over their practice of suing departing brokers. Regulators were most concerned about the brokers’ clients, whose accounts were often left in limbo. The protocol agreement hasn’t changed much in the intervening years.

“The beauty of the Protocol is that it was well conceived and executed, and doesn’t need constant updating to be effective,” says Brian Neville, Esq., a partner of Lax & Neville LLP, a securities, employment and investment law firm.  “There are new firms signing on frequently, which shows that they understand the value of being a signatory.”

Until May of 2010, a private New York law firm maintained the agreement, but these days it’s overseen by SIFMA, the Securities Industry and Financial Markets Association.  “With the amount of firms closing in on 1,000, it’s just too much administrative work for a law firm to do without pay,” says Frumento. “As the leading industry organization, SIFMA is the logical entity to maintain it. This shift shouldn’t impact how the Protocol operates because it’s governed by its own terms—there’s no external policing mechanism.”

Today, firms with sophisticated counsel can often resolve disputes related to broker departures with a phone call rather than in protracted litigation.  But it’s not unusual for firms to want to make examples of high profile teams who depart for the competition—so extra care should be taken in such cases.  Advisors who show blatant disregard for the guidelines set out in the Protocol will be pursued.  Neville pointed out that the bigger teams today generally retain counsel so they can comply with all the rules and ensure a clean break.  “At the outset of the implementation of the Protocol, advisors used to think they needed more than a Protocol-compliant list to effectively move, but after years of successful moves, this concern seems to be dwindling.  Nowadays, advisors are far more concerned with how to comply with it so they can take the majority of their assets to their new firm without incident. At this point, it seems that TROs (temporary restraining orders) are mainly reserved for advisors who exhibit truly egregious behavior on exiting their prior firm.”

Of course, some firms prefer not to sign onto the Protocol —particularly those firms that are not competing heavily for advisors or are not in growth mode, or those that have a small retail business in relation to their overall size.  Such firms also are not anxious to give up their right to sue a departing advisor. Alliance Bernstein is one example. It has chosen not to sign because it fears that it may make it easier for advisors to leave the firm for the competition—and it wants to retain the right to pursue legal action if the advisor takes “firm secrets” on the way out.  In fact, Bernstein has been in the spotlight numerous times for suing high profile advisors who leave for competing firms.  It’s not likely a coincidence that Bernstein advisors move less frequently than wirehouse advisors.  It’s also not likely that Bernstein will sign onto the Protocol anytime soon.

The bottom line is that for the 12-13 percent of the advisor population who switch firms each year, the Protocol is an effective and simple tool that has served the industry well for nearly a decade.  Only 15 firms have withdrawn from the Protocol since its inception.