/sites/all/themes/penton_subtheme_wealthmanagement/images/logos/footer.png
Recent
Recent
Women & Financial Wellness: Beyond the Bottom Line
May 17, 2022
Apple Delays Plan to Have Staff in Office Three Days a Week
May 17, 2022
SPAC Deal Tests Investors’ Zeal for Single-Family Rentals
May 17, 2022
Eight Must Reads for the CRE Industry Today (May 17, 2022)
May 16, 2022
Featured
The 10 Best and 10 Worst States in Which to Retire in 2021
Jul 15, 2021
Poll: 15 Classic Books on Investing and the Markets
Apr 03, 2020
Fifteen Must-Listen Business Podcasts for Advisors
Aug 14, 2020
Celebrity Estates: Jay Leno and Planning for Classic Car Collections
Feb 22, 2022 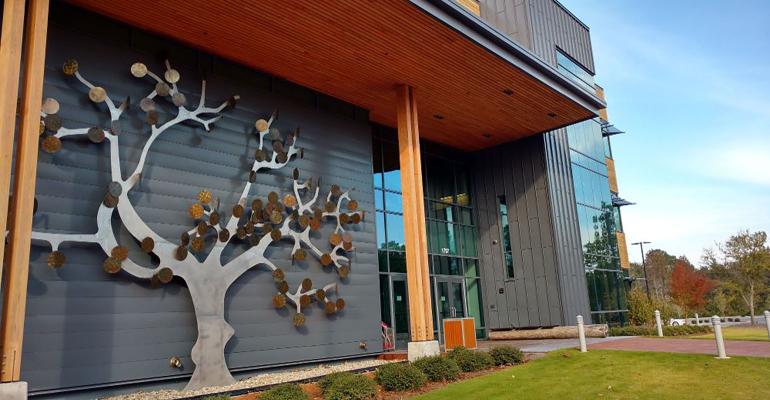 The regional bank known for lending to advisory firms has started one of its own.

Live Oak Bank, known for lending to registered investment advisory firms, has started its own.

The new RIA, called Live Oak Private Wealth, is a subsidiary of Live Oak Bank, which is part of the publicly traded holding company Live Oak Bancshares headquartered in Wilmington, N.C. The new independent advisory firm will operate separately from the bank’s other businesses and will focus on serving high-net-worth individuals and families as well as nonprofit institutions.

“It just speaks to banks looking for wealth management growth,” Gavin Spitzner, president of Wealth Consulting Partners, a management strategy consultant for the wealth management industry, said about the new RIA. He has noticed an uptick in banks interested in purchasing RIAs because advisory firms can help banks grow their revenue, a task some might struggle with. Both types businesses generally operate with attractive margins.

It’s a seller’s market right now, according to Spitzner, and lenders like Live Oak Bank feel increasingly comfortable loaning money to RIAs, which helped drive merger and acquisition activity to another banner year in 2017.

Live Oak Private Wealth will have four managing directors to start, including Jason Carroll, who was previously the managing director of Live Oak Bank’s Investment Advisory Lending business. He was also one of WealthManagement.com’s Ten to Watch in 2016.

Carroll said the bank had considered starting its own wealth management business for years while he ran and grew its lending business to advisors. It made its first loan in 2013 and surpassed $500 million in loans extended to RIAs in October of 2017.

Starting an RIA, which is required to file with the Securities and Exchange Commission, as opposed to, for example, a bank-affiliated broker/dealer that would employ advisors, was necessary so that the firm could maintain independence and “be absolutely transparent,” Carroll said.

Andy Basinger, Bill Coleman and Connor Keller are the other three managing partners running the new RIA with Carroll.

Basinger is an experienced financial planner who spent years as a relationship manager at Wells Fargo Private Bank. Coleman has 32 years of experience, most of which as an advisor and executive with BB&T Scott & Stringfellow, a full-service regional brokerage and financial services firm. Keller, a 20-year investment management veteran with expertise in options trading, is also joining Live Oak Private Wealth from BB&T Scott & Stringfellow.

Carroll and Basinger said on Tuesday the firm will be focused on growing organically but is also open to conversations with would-be sellers.

“For those servicing the RIA space it is easy to fall in love with the growth prospects and opportunity to create highly liquid enterprise value,” said Daniel Seivert, CEO and Managing Partner of ECHELON Partners, a investment banking and management consulting firm.

But Seivert also said it appears the firm is driven by opportunities in the local area, including the chance to serve the bank’s employees, as well as advisors who want to partner more closely with Live Oak Bank.