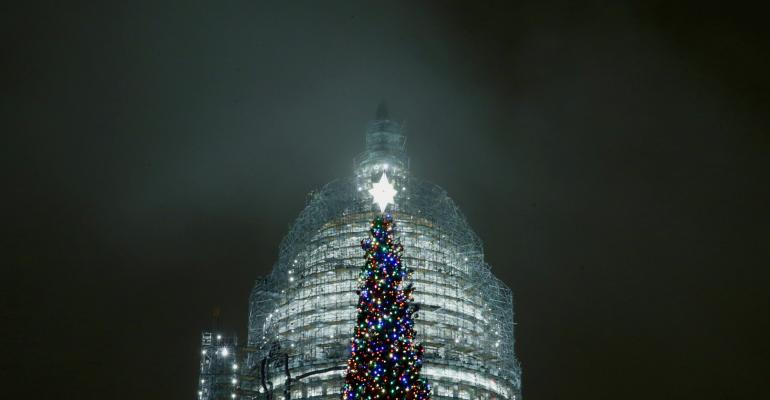 House lawmakers introduced legislation on Friday that would block the Department of Labor's fiduciary proposal from going into effect if not approved by Congress and set up an alternate best interest standard for advisors.

The bills would require Congress to approve the Department of Labor's fiduciary rule before it could be implemented. If they didn't, the legislation proposes a new client best interest standard for the entire financial services industry, both registered investment advisors and brokers.

That standard would require all advisors to serve in their clients’ best interests when working with retirement accounts, and require written acknowledgement that the advisor is a fiduciary be provided to clients. The bills’ sponsors say it’s a legislative compromise that relies on advisors disclosing any conflicts to their clients that may arise from variable, or commission-based, compensation.

“These bipartisan proposals require advisors to serve their clients’ best interests, strengthen protections for retirement savers, and maintain access to quality financial advice for small businesses and low- and middle-income Americans,” the lawmakers said in a joint statement.

The Financial Services Institute hailed the proposed legislation on Friday, urging Congress to act on it quickly.

“For years, a large, bipartisan swath of Congress has showed great concern with the impact the Department of Labor’s fiduciary rule will have on small and mid-sized investors,” FSI’s President and CEO Dale Brown said Friday.

“We are hopeful the Department will take Congress’ deep concerns seriously and fix this rule before it’s finalized and retirement savers are irreparably harmed,” he added.

The bipartisan legislation comes after lawmakers failed to attach a rider to the recent spending bill that would have defunded the Labor Department’s work on its proposal.

Friday’s bills, giving Congress the power to block the Department of Labor's rule, are a departure from previous legislative efforts which would have required the the department wait for the Securities and Exchange Commission to introduce its own fiduciary standard.