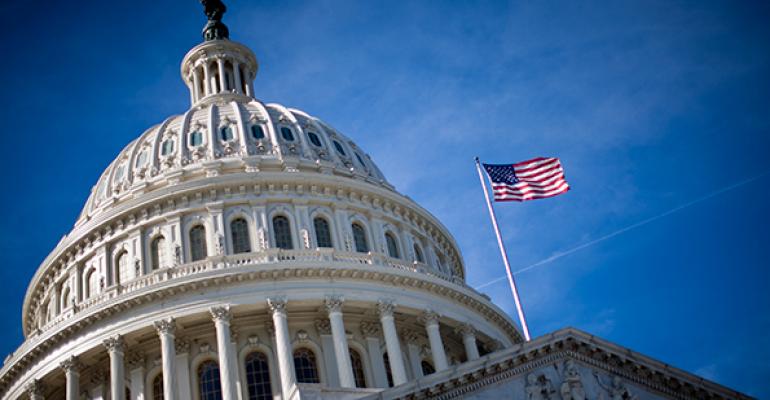 A rider that would have blocked funding to the Department of Labor’s fiduciary proposal has been cut from the final version of the year-end omnibus spending bill.

After weeks of negotiations, congressional leaders on Tuesday night released the text of a sweeping $1.1 trillion deal encompassing tax changes and government spending for the year ahead. While the package does contain some visa waiver reforms and other national security measures, riders to roll back financial reforms, including the Labor Department’s fiduciary proposal, did not make the cut.

The proposed rider would have prevented the DOL from spending money on completing the fiduciary proposal unless it provided additional comment periods on the finalized proposal, which is due out during the first half of 2016.

The rider curtailing the DOL’s efforts was seen by many as the industry’s best chance to stall the proposed regulation. Financial Services Institute President and CEO Dale Brown said Wednesday the odds of passing an omnibus bill with such a rider were “always slim.”

Kenneth E. Bentsen, president and CEO of the Securities Industry and Financial Markets Association, said he believes the DOL rule, as proposed, will have negative consequences for retirement savers by restricting access to financial advice and raising the cost of saving. "As we have repeatedly said, there are so many issues with the proposal, as evidenced by the thousands of substantive comments filed, that the Department should re-propose the rule."

While the rider was cut, Brown said other measures still bear watching. “That rider is not Congress’ only chance to act,” he said.

Representatives Phil Roe (R-Tenn.), Richard Neal (D-Mass.), Peter Roskam (R-Ill.), and John Larson (D-Conn.) said earlier this month they plan to propose the legislation before Congress breaks for the holidays that, if passed, could preempt the DOL’s fiduciary proposal.

“We are very pleased with the efforts of Representatives Roskam and Neal to drive a bipartisan solution to this critical issue," Brown said. "We note that Sens. Portman and Cardin have stated their strong belief that Congressional involvement is essential.  This is why all advisors must get engaged in the legislative process and advocate for hard-working Americans trying to save for a dignified retirement."