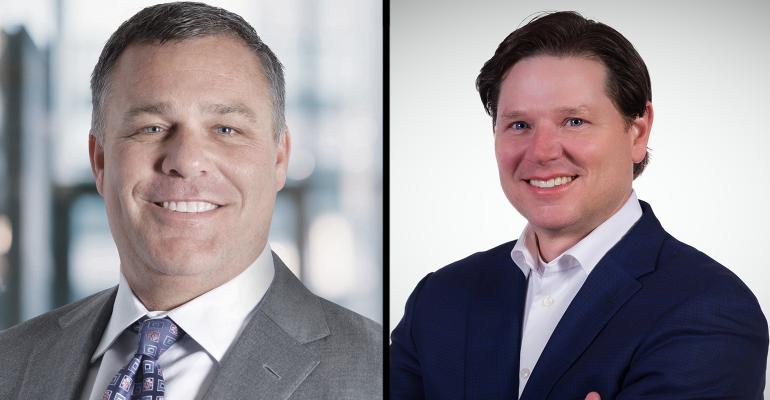 Sanctuary Wealth is seeking to build a $200 billion powerhouse with the help of breakaway advisors.

When Jim Dickson left the comforts of Merrill Lynch in 2018 after over 20 years in a variety of high-profile advisory roles in the Midwest, he set about building a business that would appeal to other wirehouse advisors who felt like their lines and movements were being overly scripted by an out-of-touch, tired corporate bureaucracy.

“A lot of these advisors feel that the wirehouse environment has become more and more sterile and the solutions that they're offering are more cookie cutter and they’ve lost a little bit of the joy in the business," Dickson told WealthManagement.com in a recent interview. "They're looking for an alternative where they can have maybe better technology and more of a voice, but they don't necessarily want to do it alone.”

He said a big part of the typical breakaway's experience was the frustration advisors felt sitting inside really big bureaucratic organizations where no one cared about their feedback and they did not feel heard.

“We speak wirehouse,” Dickson said of his firm Sanctuary Wealth.

Sanctuary, out of Indianapolis, is seeking to corral all of the disaffected wirehouse actors in search of a more entrepreneurial backdrop against which they can express their talents.

“They're looking for a partner that can allow them to provide world class solutions, but they want to do it in a way where they have the freedom, the flexibility to control it, sort of define what their brand is. When you marry those two up, that's sort of the special sauce that has allowed us to grow so fast.”

As such, Sanctuary is staging its own original "three-act play" for the $1.4 trillion market in financial advisory services.

The first “act,” said Dickson, consists of creating a network of “partner” firms, which since 2018 have been set up in 12 states.

Sanctuary provides all of the back-office functions that a wirehouse would offer, said Dickson. Partners retain 100% ownership of their firms and pay Sanctuary a fee for its services, and also get a piece of equity in Sanctuary. So far, the apple hasn’t fallen far from the tree, as nine of the 12 firms Dickson and fellow Merrill veteran Vince Fertitta, president of Sanctuary’s wealth management unit, successfully courted from wirehouses last year were former Merrill advisors.

“Our relationships are incredibly deep at Merrill Lynch,” said Dickson. “A lot of times, when those advisors are thinking about what other options might look like, our phone tends to ring.”

But Dickson said that he and Fertitta are seeking breakaways from all of the wirehouses, even if their history at Merrill gives them a leg up at poaching talent from the Bank of America division.

According to Cerulli Associates, the Boston research outfit, an estimated 1,407 financial advisors left the wirehouse channel in 2019, or 3.1% of the total 2018 wirehouse headcount of 46,111. Merrill does not publicly reveal the number of its breakaways, but spokesman Matt Card wrote in an email that the company counted 60 fewer brokers at the end of 2019 than it had at the end of 2018, leaving its headcount at 17,518 going into 2020.

Louis Diamond, executive vice president and senior consultant with Diamond Consultants, a breakaway recruitment firm in New Jersey, said that while other firms such as Dynasty Financial Partners and Steward Partners offer similar services to breakaway advisors, Sanctuary is compelling to Merrill advisors because most of its employees were long-tenured at Merrill.

"They speak a common language, they have shared experiences and common connections, and from a transition standpoint they understand how certain products and investments map better than others,“ Diamond said.

Dan Seivert, CEO of Manhattan Beach, Calif.-based investment bank Echelon Partners, which specializes in RIA M&A, concurred. "They have reached a large scale in a fraction of the time it has taken others. And they've added seven or eight teams in the past six months. They've recruited well and are enjoying the related benefit of growth. Sanctuary is definitely appealing to advisors and allowing them to feel those advisors would gain access to a unique and valuable approach to the business."

He added that Sanctuary’s offers of cash and equity are a “differentiator” for advisors looking to set up shop with the company.

The second act, said Dickson, which debuted last October with the acquisition of NorthView Asset Management, a $280 million AUM RIA out of Austin, Texas, concerns the acquisition of minority stakes in firms that want to take part in the currently rosy valuation landscape—and are content to grow in a sustainable fashion with the input of Sanctuary. Such firms typically have succession issues and $1 million or more in annual revenues.

The third act, said Dickson, was building out the “satellite” businesses that support Sanctuary’s advisors. In 2018 Sanctuary bought a broker/dealer, David A. Noyes, and a tax and accounting firm. In 2019, it created an alternative investment solution. “We’re building out these infrastructures where we can allow our advisors to have to find solutions that are part of our offering. And that'll continue over time based on their feedback and what they tell us they need and what's important.”

“You’re not going to see as many people go independent where they just set up their own business all by themselves," Dickson said. "They need somebody to partner with them on the compliance, they need somebody to help them with their investment committee, with all those things that I think scared people—now there's these models that they can just plug into and I think that's very attractive to a lot of people.”

Dickson doesn’t have an AUM goal in mind but says achieving 20% or more of the $1.4 trillion that is expected to trickle into the market over the next 10 years is a realizable goal. He said he sees Sanctuary building its footprint to “somewhere between 200 and 250 partner firms” in the U.S. and Latin America.

He said after the financial crisis in 2008, many wirehouses “quit” the Latin American business, making it a ripe opportunity for firms like Sanctuary.

"What you have are a lot of really good advisors [in Latin America] who are frustrated in what they can provide for their clients. We just see a giant hole that we can plug into and allow them to have a better experience and serve more and better customers and when we look at the data, it’s really going to be a strong grower,” he said.

While Sanctuary took a look at some of the advisory shops up for sale recently in places like Australia and the U.K. that were bought by the likes of Focus Financial, Latin America is closer to home, easier to service and the company is more familiar with the region. “My partner Vince Fertitta [president of wealth management at Sanctuary] has a lot of experience leading those markets from his time at Merrill. So it’s a natural connectivity,” said Dickson. “We have pre-existing relationships with people that we know and trust, and so the strategy is really more of a leverage on what we have internally.”

While Dickson would like to have a foothold in all the major cities in the U.S., he noted that Sanctuary’s strategy is not geographic. “Our strategy is about getting the right advisor versus a certain geography,” said Dickson.

However, Dickson said that the company plans to be very active in attracting new partners on the acquisition front over the next year, and will be in 20 states by year-end. “We’ve got quite a few in the pipeline. The space is really hot right now.”