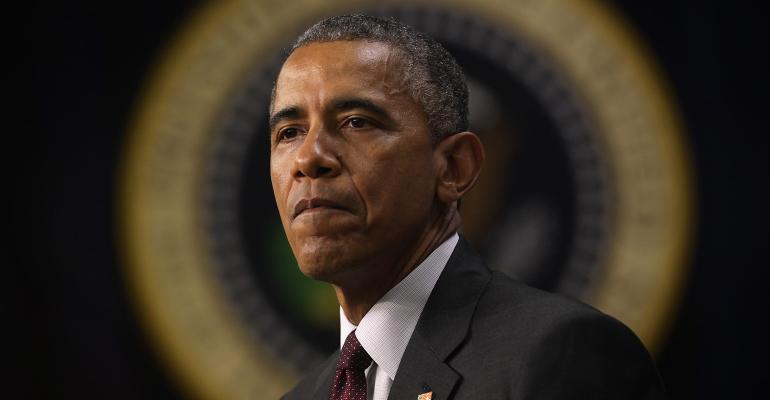 The White House got involved in financial and retirement advice under President Obama. It may be too late to go back.

(Bloomberg) --Here's how one corner of Wall Street got a lesson in the power of the U.S. presidency.

For years, personal finance writers have warned readers to keep an eye on their financial advisers. Some advisers, we pointed out over and over, are more like salespeople, paid to steer you toward particular products and prone to charging huge, unnecessary up-front fees. Other advisers are “fiduciaries,” allowed to charge for their services but required to put their clients’ interests first.

We could sense many readers didn’t quite get it. The concept of a “fiduciary” seemed legalistic and abstract. It was also hard to believe. Why wouldn’t financial advisers put their clients’ interests first, as doctors, nurses, and lawyers are bound to do? What kind of business model is that?

Then the president of the United States got involved. In early 2015, the White House Council of Economic Advisers put out a report estimating that “conflicted investment advice” cost Americans $17 billion a year. It isn’t clear what got more attention, that figure (which the financial industry disputed) or the White House letterhead it was delivered on.

This was hardly the top priority of President Barack Obama’s administration. But, despite fierce criticism from industry groups and members of Congress, the administration persisted. Obama mentioned the topic again in his Dec. 17 weekly radio address. “We cracked down on conflicts of interest by making sure professionals who give you retirement advice do so in your best interest, not in theirs,” he said.

President-elect Donald Trump could delay the new rules or, eventually, scrap them. Critics argue the DOL rule will raise the costs of financial advice, and thus limit access for middle-income investors. A bill introduced Jan. 6 by U.S. Rep. Joe Wilson, a South Carolina Republican, would delay the DOL rule for two years. He called the rule “one of the most costly, burdensome regulations to come from the Obama administration.” Trump adviser Anthony Scaramucci, the founder of SkyBridge Capital, told Bloomberg News that it’s “a bad regulation that will kill jobs and hurt the very investors it purports to protect.”

It may be too late.

“I personally don't think you can put the genie back in the bottle,” Gary Shedlin, the chief financial officer of BlackRock, the largest asset manager in the world, said last month at a conference. His firm, and others, should ultimately benefit from the rule, Shedlin said, because “a better ecosystem for the end client will ultimately result in people feeling more comfortable to put money to work.”

Even if firms wanted to go back, would their customers let them? Presidential attention didn’t just change the rules. It helped change how investors shop for financial help. Journalists had a new excuse to repeat their warnings about conflicted advisers and high fees.

So did comedians. In June, shortly after Obama vetoed a congressional resolution that would have blocked the DOL rule, John Oliver spent most of his show, Last Week Tonight, talking about the dangers of high-fee retirement plans and nonfiduciary advisers. Kristin Chenoweth and Billy Eichner were enlisted to drive home the advice. So far, 5.7 million people have watched Oliver’s video on Youtube. Money Magazine put Oliver on its cover last month, declaring him the year’s “Money Champion.”

For the first time, people seemed to understand what the experts and better-informed investors had been trying to explain — that high fees and conflicts of interest are dangerous for anyone saving for retirement. Those ideas were already driving a surge of money into low-cost index funds and away from expensive actively managed funds. Over the last couple years, they took hold among the wider public.

It started in 2015, when the White House began talking about the issue. For the first time, people began to specifically request “fiduciary” advisers, said Sheryl Garrett, founder of the Garrett Planning Network, which connects people with hourly advice from fiduciary financial planners.

“They didn’t necessarily know what ‘fiduciary’ means, but they have learned [that] they only want to work with a fiduciary,” Garrett said. Those requests only increased over the past year, she said, with many of her customers citing Oliver’s influence.

Congress and Trump may try to dislodge the new regulations, but some of the changes to Wall Street business models and investor perceptions look permanent. The old models relied on customers’ trust, and ignorance. These days, if you’re an adviser sticking to the familiar sales pitch, be prepared for a barrage of tough questions.

You have Obama to blame.