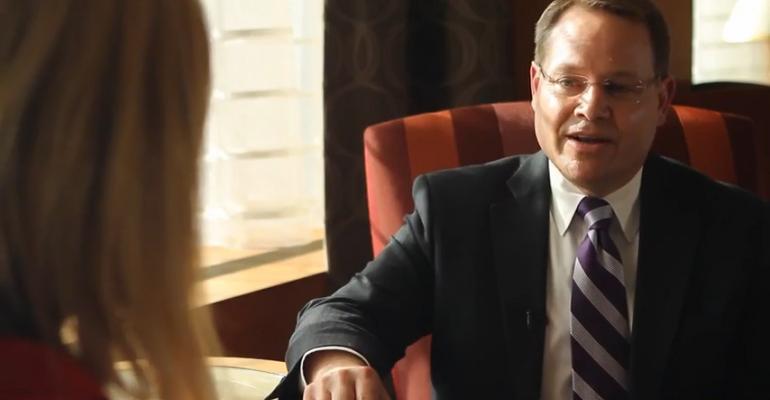 The Future of the Independent Broker/Dealer

Matt Lynch, CEO of Strategy & Resources and a moderator at the upcoming WealthManagement.com Executive Forum in New York City, discusses how the relationship between advisors and their broker/dealers is changing.

Matt Lynch: It's a panel of three different angles, looking at the broker/dealer landscape, what's impacting the business, and the future.

We have Morningstar in there and they're the ecosystem, right? They're everywhere providing services to broker/dealers and, importantly, directly to the advisors and the reps in the broker/dealer community. And obviously they've got a wide range of services they provide, so they're kind of right in the heart of it.

Birch Capital sees it from another angle, which is how healthy are these firms from a business standpoint? How are these trends and changes impacting their ability to do business, their ability to grow, to raise capital? How's it impacting transactions? Who's buying? Who's selling? Why are they buying? Why are they selling? What are the trends and how are they underlying the broker/dealer evolution?

Then, Xtiva is really the behind-the-scenes, back-office service provider that has insight into transactions. What are advisors earning? What are they selling? What's the change going from commissions to fees? How's that impacting the firms? Sales-performance management is a key function in the future. It's not just tracking commissions and doing commission accounting. What’s the source of revenue for these firms? What's the margin on it? What are advisors moving toward? And how does the consumer preference match up with that?

ML: I think the predicted extinction of IBDs is based on incorrect interpretation of the data. I don't think they're going away. I think there's some business decisions they're going to have to make, and some have made the decision that maybe they're better off becoming affiliated with larger firms, like the one recently with Cetera.

In fact, the reps’ lives haven't changed much, although they might have access to better technology or services the larger firm can provide, but that OSJ is still sitting there as an intermediary providing services to its reps, maybe determining payout and helping them with marketing and practice management support and other things. They've just jettisoned the regulatory label.

The term "broker/dealer" doesn't inform your business model; it's a regulatory label. It says you can transact securities business. Look at the top 150 independent broker/dealers over the last seven or eight years. Most of them have materially changed their revenue mix. For a majority of them, over half their revenue is coming from advisory fee-based business. They've already moved to a new model.

Most of them have created the ability to participate in the manufacturing margin, so they create their own internal TAMPs, or asset management platforms where they're getting a little bit of the margin on platform fees, rather than just being paid a percentage of the revenue that the rep generates.

It depends on how relevant they are to the financial advisor. Those firms that just exist to clear trades, they probably should go away. They're like the extra intermediary in that supply chain that needs to go away if they're not really adding value.

But for a lot of them, they've really paid attention and gotten ahead of this. They’ve been asking the question ‘How do we position our services so that we're absolutely indispensable to the advisor? How do we create a moat around our service offerings so that we're not threatened by the robos, or the low-cost providers? What are the business challenges the advisor has and how can we be a part of the solution?’

WM: How are some of them doing that?

Some of them have gotten really good at being hands on as far as coaching, consulting on practice management with the advisors, really being deep in their business, helping them with strategy. Advisors ask, how do I carve a niche? How do I hire and train somebody? How do I source somebody to be on my staff? What technology should I use? This is the kind of the things you might associate with a wirehouse, where they just solve all those problems for you.

The best firms have built the capabilities to solve those problems. Some of them have created really good succession and matchmaking programs, helping advisors find someone that might understand their practice. They might provide capital for that transaction. They might actually be the banker, if you will, help find somebody, put together a deal and play an intermediary between the two, and put the deal together that works for everybody. That's fairly innovative.

The firms that have built capabilities and good product platforms and shown the advisors how to make that transition (to a fee-based business), and given them the sales tools and mechanisms to make that move more successful, I think they've created a level of loyalty among their reps. They don't have as many reps coming in and saying, "Hey, I'm going to leave here for five points of a higher payout. I'm going to go down the street and see if they'll pay more," because they really value the support that they've been provided.

I was thinking back to when I was at Moss Adams, in 2005. In 2005, Moss Adams produced a report that was titled, “The RIA-Friendly Broker/dealer.” It was a very short list of broker/dealers who at the time said they would permit the rep to have an RIA.

Now if we go out to the top hundred broker/dealers, they're either all RIAs as well, or they allow both hybrid and dually registered, they allow you to have your own RIA, and obviously they were far ahead of the wirehouses. If we just look back a few years, that was innovative.

I think the IBDs have maybe more flexibility to pivot their business model to innovate than some of the larger institutions or others that are just part of a larger type of organization, or somebody that's just got a manufacturing margin to protect along the way.

WM: So the consolidation in the IBD industry continues.

ML: I think they have, it continues. It goes along the lines of this future distribution models. The broker/dealers have to ask themselves, "Where do I fit in that."

One is the enterprise model, which to me is an employee-based model, I just want to be an advisor and I don't want the responsibility of owning a business, I don't want to have to worry about finding clients, but I want to be in the profession. It's a single-brand, single-client service model. It's a career path.

The enterprise model separates out business functions and creates an environment where there's a more consistent client servicing experience. That can be an RIA, or a hybrid, or dually registered.

Then there's the super OSJ model. This is where, to me these look a lot like the old general agencies in the insurance world where they go out like the wirehouses and some are at their branch office, but super OSJs are surrounding the advisor with all of the services they need to be successful.

Sometimes it's just basic, it's like bricks and mortar office space and technology and phones and all that stuff that most advisors aren't very good at, but it's also the coaching, the administrative support, the compliance, marketing, supervisory support. The super OSJs are emerging as a really cool business model, that is where the advisors are taking a much lower payoff. The old IBD world was like, "I want to go get a 90 percent payout, I'll just take care of everything, leave me alone." When that initially emerged, it was reps saying, "Well I'm not going to be in a wirehouse and get 40 percent, I'm going to go over here and get 90 percent." and that was the growth of the independent and the RIAs.

The super OSJ is somewhere in between and so the payoff might be 50 percent to 60 percent, but you're getting all this service around you, so your net income as an advisor might be better, you might be getting all the support you want. I think that's a really interesting model.

I think if we look at each of those, that's the future of the profession. The question is for their impact on broker/dealers. How do they fit into that? Are they on the outside looking in or are they really an integral part of that supply chain in the future? For a lot of our clients that's the crucial conversation. Where do we fit?

It's one thing to say we're going to be out there supporting independent reps, the one woman, one office model, someone who has their own independent practice. That's not the future. I think it's producer groups and enterprise OSJs or ensembles. Where people don't want to be completely by themselves, they just don't want to have a small office, one or two professionals and some support people. And by the way, that's not what the consumer wants either. They like doing business with real businesses, particularly as you go up market.

That's what's growing. The team-based practice models of the past are growing, so the broker/dealers and particularly insurance broker/dealers are trying to figure out, rather than recruiting individual reps and having them just build their practice, maybe we should be recruiting into teams. That's sort of the natural progression of the industry.

If you accept the notion that there's at least one too many intermediaries in the supply chain, then if I'm running a broker/dealer, I have to think "am I the one that's going to be marginalized, or am I the one that's going to push somebody else out?" I have to look at everybody in the supply chain. From the fintech firms to the asset managers to the TAMPs, to the custodians and everybody in between, where do I fit in this?

The idea that I can just mark up somebody else's work is long gone. It used to be that you could mark up ticket charges and you could just earn a margin on that. If that's the way that you're surviving as a broker/dealer, that's not the future anymore. If you're not adding value and you're just marking up somebody else's work, those days are gone. The same thing is true for advisors, by the way.

Matt Lynch will moderate a panel of experts on this topic at the WealthManagement.com Executive Forum on October 11 at the Plaza Hotel in New York City.