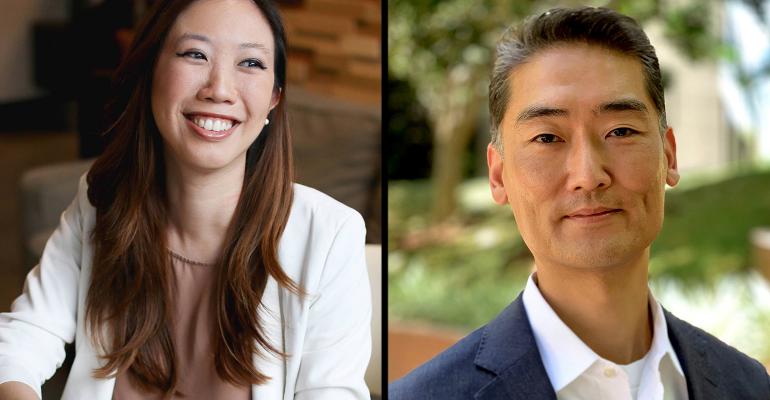 The Financial Planning Association launched a new knowledge circle to focus on issues unique to the Asian American and Pacific Islander communities.

The Financial Planning Association has launched a dedicated group for Asian Americans and Pacific Islander members to gather and discuss issues unique to their community, the association announced Thursday. The FPA launched the initiative, a spinoff of the group’s diversity and inclusion efforts, as reports of hate crimes against Asian Americans are on the rise.

The group will be called the FPA Asian American/Pacific Islander Knowledge Circle. The group is co-hosted by Michelle Wong, founder of Nifty Advisor Support, a virtual assistant platform for financial advisors, and John Eing, an advisor and relationship manager at Abacus Wealth Partners, the $3.8 billion Los Angeles RIA that recently acquired Robasciotti & Philipson.

“I found that there’s a lack of advocacy for the Asian American community,” said Wong, who was a member of the FPA’s D&I committee in 2019 and 2020. “So, they have a space to celebrate their voices in the D&I work where a lot of Asian American voices are not necessarily heard enough.”

FPA knowledge circles are discrete areas of focus and study open to members. Topics focus around minority communities or cross-border planning, as well as issues around retirement planning, behavioral economics and board standards.

Topics in the Asian American and Pacific Islander circle will include understanding the Asian American experience and touch on the “bamboo ceiling,” a term similar to “glass ceiling” that was coined by Jane Hyun, an executive coach and leadership consultant for corporations, to highlight cultural and systemic circumstances that hinder career advancement for Asian Americans.

Wong, who is located in Silver Spring, Md., said the group is a chance for planning professionals to connect and network. She said she has had a hard time meeting other Asian Americans in the wealth management industry.

Eing said the idea to launch the knowledge circle came out of an interview he did with Ana Trujillo Limon, editor of the Journal of Financial Planning, about being a person of color in the financial planning industry. The interview took place soon after Eing attended an Association of African American Advisors (also known as Quad-A) annual conference.

“The whole time I couldn’t help but wish there was something like that for Asian Americans within the fee-only financial planning industry,” he said to Limon.

Limon suggested that Eing check the FPA's knowledge circles. Eing found circles for African American and Latino planners, but there wasn’t one for Asian American and Pacific Islander professionals. Wong too was interested in starting one and the two connected on the project in 2021.

The launch occurred a week after the murder of six Asian women in Atlanta by a gunman, the most recent in a string of hate crimes that have risen by 149% from the start of 2020, according to the Center for the Study of Hate and Extremism. In 2019, reported anti-Asian hate crimes totaled 49; in 2020, they spiked to 122 as violence against other groups declined. Stop AAPI Hate, a national coalition to address anti-Asian discrimination during the pandemic, obtained close to 4,000 reports of hate incidents between March 2020 and February 2021. Some say racist comments made by the Trump administration during the onset of the COVID-19 pandemic contributed to the uptick.

“Many in the Asian American community are not just hurt; they’re visibly angry, they’re scared and they’re exhausted,” said Eing.

Membership organizations like FPA, The CFP Board and XY Planning Network have published statements to stand in solidarity with the Asian American and Pacific Islander communities. Eing said it was meaningful as an Asian American professional to see one of the largest associations in the industry put out a statement of support.

Wong said she is dismayed by the seeming lack of support she’s seen. She said she couldn’t recall a financial services firm that issued a statement on the recent rise of the hate crimes. Independent broker/dealer LPL Financial, Wells Fargo and FMG Suite are among a few large companies that used social media to show support for the community in the wake of the crimes. There was slightly more from small to midsize RIAs.

“I think a lot of people are not weighing in because they’re so tied to typical Asian stereotypes and their misconception of the Asian experience. They're just not aware of the real challenges that Asian Americans go through,” said Wong.

The Asian American, Pacific Islander Knowledge Circle is one of many knowledge circles the association supports. The first was on Women and Finance, said FPA D&I chair Christopher Woods, founder of LifePoint Financial Group in Alexandria, Va. Other groups include the International and Cross-Border Circle for advisors with international clients; Pride Planners, a 22-year-old stand-alone group that merged with the FPA in 2018; FPA Latino; and then the African American Knowledge Circle that is led by Woods.

Each group facilitates FPA member discussion on relevant topics to a degree that may be harder under the broader definition of diversity and inclusion. Each group is open to members of the respective community and others who want to support and learn about the initiatives.

This article has been updated.