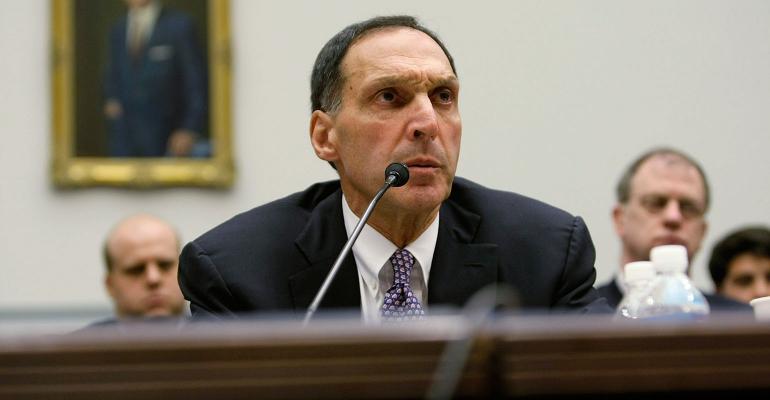 Former Lehman Brothers Chairman and CEO Richard Fuld Jr. is rebranding his New York-based wealth management firm as Matrix Private Capital Group, catering to high-net-worth individuals, family offices and institutions. The rebranded firm goes beyond helping clients with their liquid assets, it helps clients grow their privately owned businesses as well, according to a statement. “While many of our competitors focus exclusively on specific areas, such as wealth management, asset management, investment banking and private equity, we have integrated these services into one firm and our singular focus is to create value for our clients across their liquid wealth, privately-held assets and closely-held businesses,” Fuld said. The firm also provides clients with direct access to private equity and offers a concentrated long/short equity portfolio.

Michael Pellegrino, 46, of Staten Island, claims that during his time as a financial advisor with Morgan Stanley he was “constantly bullied, disparaged and caused to feel inferior because of his association with the Jewish clientele.” The suit alleges that he was ordered to cease business with Hasidic Jews by his superiors, who called his Orthodox clients “unicorns,” a code word for supposedly unreliable clients. According to Pellegrino’s lawyer, he was brought in by the firm’s executive director of compliance, Evan Boucher, for a discussion regarding his clientele, which soon turned problematic. “They didn’t like the fact that my client was getting involved with a religious community that they considered untrustworthy,” Pellegrino’s attorney, Paul Liggieri, told the New York Post. The suit further alleges that Morgan Stanley then suspended Pellegrino and fired him in December 2016. Texas lawmakers have put into effect the Elder Financial Protection Act, which sets new standards to fight financial scamming and abuse of senior citizens. The provisions define financial exploitation, provide banks, stockbrokers and other financial advisors the chance to contact local law enforcement or a trusted third party and allow institutions the option to place a 10-day hold on accounts once a report is made to law enforcement or the Texas Department of Family Protective Services. The bill came about following recent increases in the financial abuse of older victims.  Under this law, financial advisors are now the first line of defense against scammers. Furthermore, in October, President Donald Trump signed the Elder Abuse Prevention and Prosecution Act to crack down on telemarketing and email fraud as well as healthcare fraud. People age 50 or older control more than 70 percent of the nation's wealth.