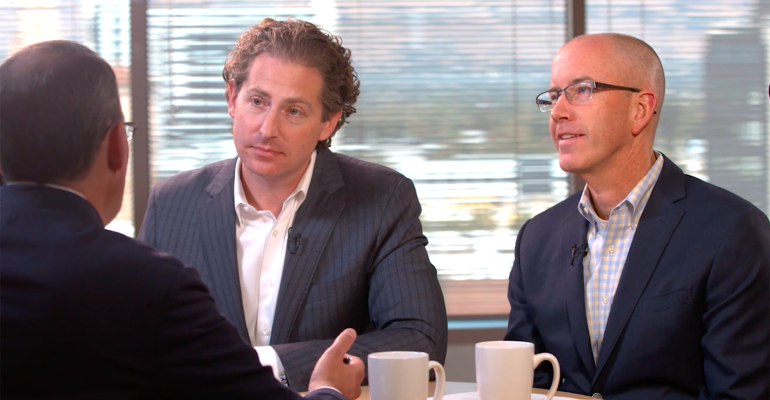 Focus Financial Partners has agreed to acquire wealth management services firm Loring Ward in a deal worth $235 million, and plans to merge it with Buckingham Strategic Wealth.

The merger is one of the largest deals ever for Focus Financial, an acquirer of registered investment advisory firms that went public in July. The transaction includes a split of $117.5 million in cash, funded by both existing cash and its revolving credit facility, and $117.5 million in Focus Class A common stock. The deal is expected to close by the end of 2018.

Focus Financial’s founder and CEO Rudy Adolf, who called mergers and acquisitions the company’s “bread and butter” in its first earnings call in September, said in a video for shareholders that the Loring Ward deal was enabled by his firm’s initial public offering and an “excellent example of a deal that would have been difficult to execute as a private company.”

In a statement about the merger, Focus Financial said the deal will immediately benefit the company in terms of adjusted net income per share basis. The new business will have annual revenue in excess of $150 million, Adolf said.

Merging the Silicon Valley-based Loring Ward and Buckingham Strategic Wealth means two of the country’s larger networks of independent financial advisors and turnkey asset management platforms, or TAMPs, are combining. Together the two will service more than 300 RIAs.

Alex Potts, the president and CEO of Loring Ward, said his firm had been looking for ways to help its aging advisors exit the industry and bolster its financial planning, which Buckingham is known for. Meanwhile, Buckingham stands to gain from Loring Ward’s TAMP and investment expertise, he said.

About 10 years ago, Potts said he met Buckingham CEO Adam Birenbaum at a conference and the two remained friendly competitors. He said they both genuinely care about advisors and that Birenbaum is “genuinely one of the good guys in this industry.”

“We meet people all the time that are in it for a buck but that’s not how [Buckingham] operates as a company,” Potts said.

In addition to synergies in the immediate future and expected benefits the merger will have in the long term, Potts said he’s watched with interest Buckingham’s BAM Advisor Services’ growth since it partnered with Focus Financial in 2007.

“I was blow away by the support from Focus and I was skeptical,” Potts said, knowing Focus Financial is built on the acquisition of other firms and this might be just another deal to them.

He said it was apparent that Focus Financial wanted a deal that both parties felt was fair and that “the intellectual property that is under that Focus umbrella right now is giant.”