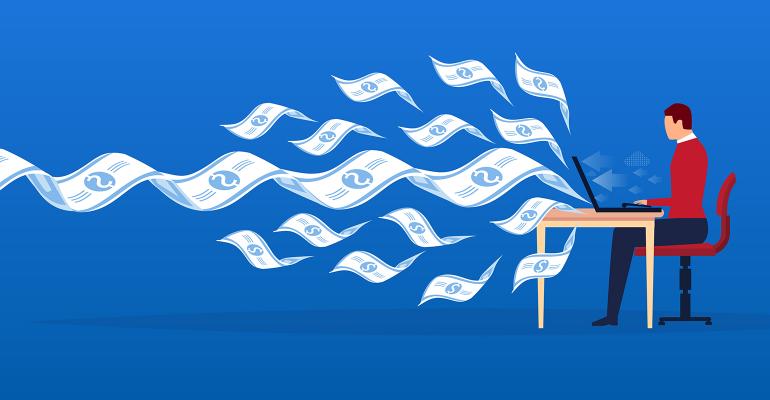 While the median number of managed assets per financial advisor declined in 2018, revenue nevertheless climbed to a record high, according to the eighth annual "State of Retail Wealth Management" report from PriceMetrix, part of McKinsey and Company.

The report, which was based on data from more than 25 wealth management firms throughout North America, found that the increase in assets and revenue advisors enjoyed in previous years was primarily due to market performance. In 2018, advisors managed to increase revenue despite a median loss of assets—S&P 500 declined by 6.2% in 2018—by encouraging new client relationships, increasing services for existing clients and expanding their outreach to "next gen" clients. Patrick Kennedy, PriceMetrix’s chief customer officer and the report’s author, said the increase in revenue was an “encouraging observation.”

“In the past several years, we’ve seen revenue go up, but it’s largely been a market performance backdrop. Often in this industry, that works to everyone’s advantage, but if that’s driving your growth, in the absence of market performance you need to make sure the fundamentals are there as well,” he told WealthManagement.com. “This year, the growth was due to that fundamental behavior.”

The median amount of managed assets per advisor dropped 7% in 2018 to $99 million, while median revenue per advisor rose 6% to $694,000 in the same time frame, according to the report. On average, advisors started 8.1 new household relationships in 2018 compared with 7.6 in 2017. In 2018, the report found that the proportion of households with multiple accounts, the median number of accounts per household and the percent of households with retirement accounts all hit record levels, suggesting advisors were strengthening existing partnerships with clients.

“There’s a misconception among advisors that if you’re going to target next gen clients, it’s coming at the expense of revenue today. What we’re seeing is advisors who are overweighted in next gen clients growing at a 50% faster rate,” he said. “It’s like a portfolio itself. You’ve got your blue chips, but you want to have some diversification.”

Revenue growth in fee-based accounts grew by 17% between 2017 and 2018, continuing a multiyear period of growth, while revenue from transactional accounts declined by 5%. Fifty-two percent of households had at least one fee-based account, compared with 31% in 2015, and fee-based assets made up 47% of total assets compared with 33% three years prior. The report also found that fee rates for financial advice had slowed their rate of decline after sharper drops in previous years.

There has also been a rise of what the report calls ‘big producers’ in the past several years; financial advisors who gross more than $2 million in production grew from 6.1% of the industry in 2015 to 8.4% in 2018, while the assets these producers controlled jumped to 26.4% from 21.1%, according to the report. Kennedy hoped the report indicated that advisors can make decisions that impact their growth rate.

“Advisors can choose to grow their practice,” he said. “They don’t have to wait for market performance to do that.”