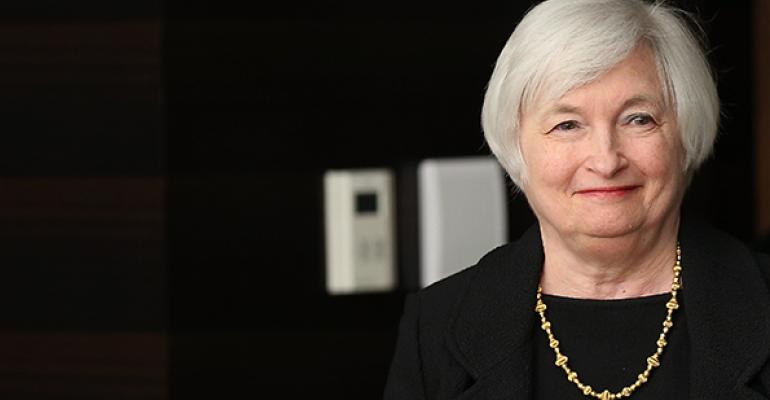 The Federal Reserve hiked interest rates for the first time in nearly a decade on Wednesday, signaling faith that the U.S. economy had largely overcome the wounds of the 2007-2009 financial crisis.

The U.S. central bank's policy-setting committee raised the range of its benchmark interest rate by a quarter of a percentage point to between 0.25 percent and 0.50 percent, ending a lengthy debate about whether the economy was strong enough to withstand higher borrowing costs.

"The Committee judges that there has been considerable improvement in labor market conditions this year, and it is reasonably confident that inflation will rise over the medium term to its 2 percent objective," the Fed said in its policy statement, which was adopted unanimously.

The Fed made clear that the rate hike was a tentative beginning to a "gradual" tightening cycle, and that in deciding its next move it would put a premium on monitoring inflation, which remains mired below target.

"In light of the current shortfall of inflation from 2 percent, the Committee will carefully monitor actual and expected progress toward its inflation goal. The Committee expects that economic conditions will evolve in a manner that will warrant only gradual increases in the federal funds rate," the Fed said.

New economic projections from Fed policymakers were largely unchanged from September, with unemployment anticipated to fall to 4.7 percent next year and economic growth at 2.4 percent.

The statement and its promise of a gradual path represents a compromise between those who have been ready to raise rates for months and those who feel the economy is still at risk.

To edge that rate from its current near-zero level to between 0.25 percent and 0.50 percent, the Fed said it would set the interest it pays banks on excess reserves at 0.50 percent, and said it would offer up to $2 trillion in reverse repurchase agreements, an aggressive figure that shows its resolve to pull rates higher.

The rate hike sets off an immediate test of new financial tools designed by the New York Fed for just this occasion, as well as a likely reshuffling of global capital as the reality of rising U.S. rates sets in.

The impact on business and household borrowing costs is unclear. One of the issues policymakers will watch closely in coming days is how long-term mortgage rates, consumer loans and other forms of credit react to a rate hike meant not to slow an economic recovery but nurse monetary policy back to a more normal footing.

The Fed emphasized it would move gingerly into its tightening cycle. That was enough to produce a unanimous vote on the policy-setting Federal Open Market Committee, as even members who had argued publicly for delaying a rate hike delay went along with Fed Chair Janet Yellen and other policymakers.