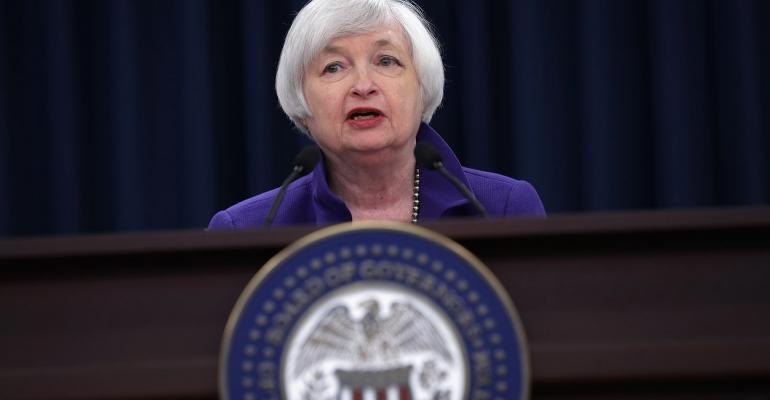 After weeks of strong signals from Chair Janet Yellen and other officials, the Federal Reserve is expected to announce it will gradually raise the short-term interest rate from the near-zero level where it has sat for the past seven years. Analysts are predicting the Fed will initially raise the federal fund rate by 25 basis points, but the scheduled presentation will provide additional details and new economic projections.

Policymakers will release a short written statement at 2 p.m. ET, followed by a press briefing held by Yellen at 2:30 p.m. where she is set to forecast where the so-called federal funds rate is headed.

WealthManagement.com’s team will be tuning into the hour-long briefing and live blogging about any significant announcements. Watch all the action below.