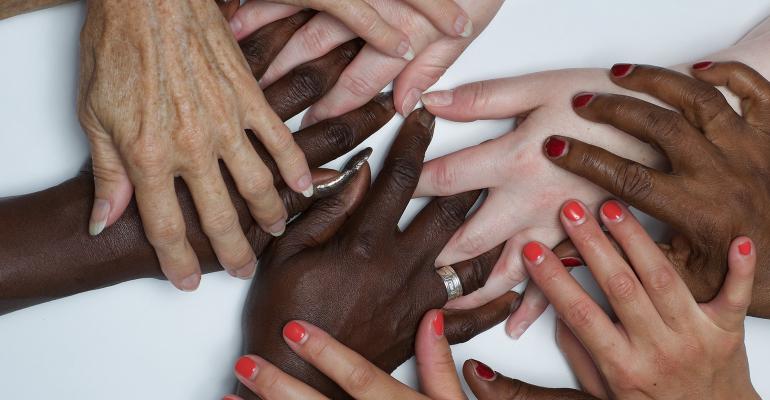 ESG Investors Are Confronting a Race Problem of Their Own

The lack of Black people and other minorities may explain why the world of ESG has fallen short on pushing corporations on race.

(Bloomberg) -- Matt Patsky confronts corporations on everything from their carbon footprints to the diversity of their workforces. But now, in the wake of racial unrest sweeping America, Patsky is having a reckoning of his own.

“I get a ‘D’ on diversity,” says Patsky, whose $3 billion Trillium Asset Management pressed investors to divest from South Africa during its anti-apartheid struggles. Just 10% of his 44 employees come from minority backgrounds -- a number that he said warrants a “C” relative to the broader financial industry. “We have to start walking the talk and make the same changes we’re asking companies to make.”

White people make up about 80% of employees in socially responsible investment firms, according to a January 2019 study published by industry consultants and financial advisers about racial disparities in the workforce. Black people account for just 7% of employees among the firms that were surveyed.

Even the largest groups that represent socially responsible investors are behind the curve. A cursory look at the website of the United Nations-backed Principles for Responsible Investment, the world’s biggest industry body for social investing, shows few Black employees. The website for the Forum for Sustainable and Responsible Investment shows a staff that’s comprised mainly of White people. Its board has four people from minority backgrounds.

The lack of Black people and other minorities may explain why the world of ESG has fallen short on pushing corporations on race.

“I am the first to admit that we aren’t where we want to be,” says Fiona Reynolds, chief executive officer of the London-based PRI, which represents about 3,000 firms that together oversee more than $100 trillion for clients. About 22% of PRI’s staff is comprised of minorities, including Black and Asian people. “We’re urging the global financial-services community to join us at the PRI in recommitting to make these issues our top priority.”

In PRI’s network of ESG investors -- those who consider environmental, social and governance issues alongside financial metrics -- few have a track record of pushing companies to do better on race. Before George Floyd, an unarmed Black man, was killed on May 25 by a White Minneapolis police officer, racial equality was largely absent from the discussion.

BlackRock Inc., the world’s largest asset manager, committed Monday to increase its Black workforce by 30% by 2024. The New York-based firm also will double the proportion of senior leaders who are Black from the current 3% level, CEO Larry Fink wrote in a blog post.

“We need to do better,” Fink wrote.

Calvert Research and Management, another of America’s biggest socially responsible investment firms, plans to put racial equality at the top of the list for shareholder resolutions in 2021, as this year’s proxy season is already concluding.

ESG has shown it can be a force for good. Through a mixture of carrot and stick tactics, involving everything from lobbying to voting against directors and even divestment, ESG investors have helped persuade a growing number of companies to disclose their carbon footprints, with some even pledging to dramatically reduce their emissions.

Responsible investors also have helped advance gender equality in the workplace by pressing companies to add women to their boards and senior management teams, says Mirza Baig, global head of governance at Aviva Investors in London.

“We have made considerable progress on gender equality, but I think that has to some extent been at the detriment of the same level of razor focus on issues to do with ethnicity and class,” Baig says.

Kimberley Lewis, who works for Federated Hermes’s stewardship and engagement unit EOS in London, agrees, saying the view among ESG investors that tackling obstacles to gender diversity will naturally pave the way for greater racial equality has yet to be proven.

A U.K. report published earlier this year by businessman Sir John Parker, EY and the government found that at least 31 companies in the FTSE 100 have zero board members from ethnic minorities. The report concluded that it “will be challenging” to meet a goal of having at least one director from an ethnic minority background on the boards of all FTSE 100 companies by 2021.

Patsky says Trillium, which was bought earlier this year by Australia’s Perpetual Ltd., is rarely asked about its own diversity and inclusion policies even as it continuously questions publicly listed corporations. To make up for lost ground, Patsky says his firm will be more aggressive in hiring minorities. Trillium recently recruited Lisa Hayles, who is Black, from Boston Common Asset Management to work with institutional clients.

Patsky said he plans to convey, both internally and externally, how Trillium recruits using the so-called Rooney rule, which requires the inclusion of a diverse slate of candidates for a given role.

According to the study by financial advisers and consultants, Black people account for 22% of firms’ workforce and boards that are run by people of color, and just 4% for the firms that are led by Whites, said the study, which looked at almost 700 employees, including board members, at 15 U.S.-based mutual fund groups.

Sonya Dreizler, one of the report’s authors, said she doesn’t buy the argument that the lack of diversity in corporate America is down to a “pipeline problem” -- a line often espoused by executives to explain why their workforces are mainly White.

“It’s a network problem,” said Dreizler, who runs the Solutions with Sonya consulting firm in San Francisco. “People mainly hire through their networks, and if your network is made up of white guys who you golf with, then you’re highly restricted.”

Parnassus Investments, which manages some of the U.S.’s biggest ESG-focused funds, is working on plans to “support topics related to racial diversity and inclusion,” Chief Marketing Officer Joe Sinha wrote in an email, adding that the head of the firm’s ESG group, Iyassu Essayas, is Black.

At Domini Impact Investments, whose founder Amy Domini is a pioneer of responsible investing, the company said it’s seeking to boost the diversity of its personnel. About 4% of Domini’s 26 employees are Black and about one-fifth are non-White.

To contact the editors responsible for this story:
Tim Quinson at [email protected]
James Hertling