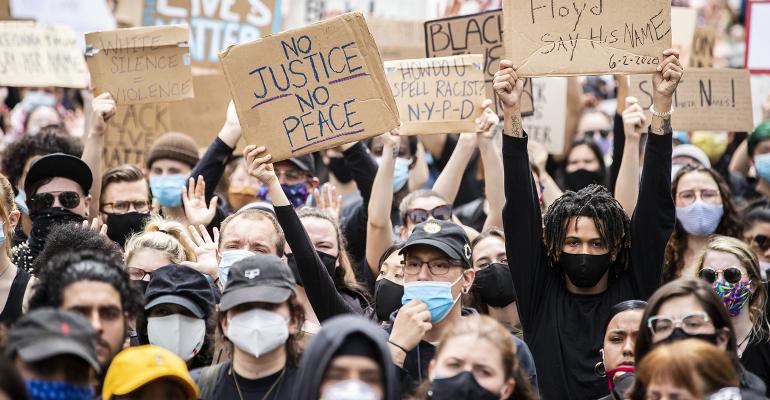 Fables of the Reconstruction

Diversity and inclusion have been buzzwords in financial services for so long, there was a danger that they would become decoupled from the phenomenon they were meant to address—namely, the lack of inclusive diversity in finance.

At conferences, in virtual meetings, and in white papers and webinars, the terms were largely used as dutiful, polite, acceptable and nonthreatening ways to signal we are aware of the fact that most of us holding the discussions—both in this industry or adjacent to it—look, sound and think alike. To be honest, that fact is part of the reason we got into the positions to hold those discussions in the first place.

That diversity and inclusion remains a discreet topic of conversation should remind us of how far we are from the ideal.

The recent Black Lives Matter protests are prompting all of us to put the legacies of the institutions we work in, and for, under closer scrutiny. We at WealthManagement.com support the movement and will do our best to heed the call and do better when it comes to correcting the legacy of past sins and proactively work to open seats at the table for people from all backgrounds. None of us has all the right answers, or we would have solved this problem already. But maybe we’re starting to ask the right questions and listen to the answers with more of an open mind.

There are some great pieces in this issue that point us in the right direction: I’m particularly thankful for the thoughts of Walter Booker, the chief operating officer at MarketCounsel; Managing Editor Diana Britton had been following his thoughtful, honest and revealing posts on LinkedIn and asked if he would contribute something to this issue. And for Chloé Moore, whose perspective on being treated unfairly in predominantly white workplaces was an eye-opener.

I’m also thankful to Contributing Editor John Kador for his article introducing me to the work of Oliver Joachim Kupe, founder of A&O Advisors in Chicago, whose team takes on a unique client niche: people unjustly found guilty of crimes and put in prison, often for decades, before being exonerated and released. It’s not at all a stretch to see that many of those tragedies, like the famous Dixmoor Five featured in Kador’s article, were the result of a justice system quick to act on ingrained prejudice. (If the Dixmoor Five were five white kids from Oak Park, Ill., would the police have been as relentless in forcing a confession?)

Northern Trust Asset Management President Shundrawn Thomas wrote a post on that firm’s website earlier this month that rang true for me:

“We recognize that our unique perspectives and attributes, if allowed to flourish, make our collective stronger. And in these trying times we must show compassion, which means we suffer and struggle together. It means that we must care enough to listen with our head and our heart—even when the dialogue is uncomfortable. It means that when forces outside or inside our communities threaten our ideal of an inclusive culture, we stand in solidarity against it.”

Let me know what you think or how you think we can improve, on this or anything else: [email protected].