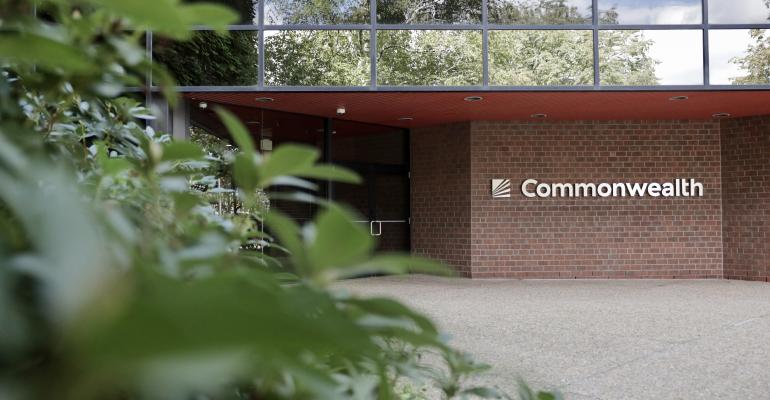 Commonwealth is now structuring its forgivable notes for new advisors as basis points on the advisors' assets, rather than their production—another sign it continues to see itself as a national RIA.

Waltham, Mass.–based independent broker/dealer Commonwealth Financial Network has confirmed that it recently shifted the way it structures the deals it gives prospects as an incentive to join the firm. It now offers forgivable notes based on an advisor’s asset levels, rather than a percentage of production, which has historically been the norm.

A third-party recruiter, who declined to be named, said the deals range from 30 to 35 basis points on assets.

“Commonwealth remains at the forefront of where the industry is going, which we believe is toward assets versus production,” said Andrew Daniels, managing principal, business development. “As we continue to view ourselves as a national RIA and our advisors as independent offices (versus captive producers), it makes sense to shift the structure of our assistance to focus on assets. Our overall transition support is based on the scope and shape of a prospective advisor’s practice, and although we’re competitive in the market, we care first and foremost about advisors who will be a great fit for both us and them.”

The move follows a similar one by LPL Financial, which has been structuring deals around asset levels for at least a year, those recruiters said. LPL offers about 40 basis points on assets to new recruits.

“As advisor books have evolved to an increasingly large percentage of advisory assets, it makes more sense to base transition money on AUM than it does on gross dealer concession,” said Jonathan Henschen, founder of recruiting firm Henschen & Associates. “We expect to see an expansion of how much is paid on AUM to be based on profitability as well.”

Ryan Shanks, co-founder and CEO of FA Match, says this new calculation has become more commonplace among IBDs in the past 18 to 24 months. It’s how the institutional custody platforms structure their deals, which they tend to call “startup dollars."

It's a better way to structure the deals, Shanks said, as advisors’ books of business are increasingly fee-based.

It’s also a better deal for the broker/dealer; it’s less risky and encourages the retention of those assets, he added. That can be particularly helpful in recruiting wirehouse breakaways, which many IBDs target. Historically, transition money was tied to an advisor’s trailing 12-months production.

“If it’s someone leaving one IBD to go to another IBD, then the retention rate is really high on those clients and the assets,” Shanks said. “If it’s somebody coming to an IBD from a wirehouse breakaway, there’s a significant amount of risk in terms of the breakage there.”

“I think part of it is keeping up with the Joneses,” said Louis Diamond, president of Diamond Consultants. “LPL is obviously a major competitor to any of these broker/dealers that are recruiting, so in part, LPL kind of set the market and others kind of have to follow.”

Diamond added that these IBDs may be changing the calculation to mirror how they charge advisors in terms of administrative or platform fees, which tend to be basis points on advisory assets, or mirror how the custodians make money. The custodians won’t write a check, per se, but they will give advisors some capital to offset marketing costs, ACAT fees and other startup expenses.

“All the firms are willing to pay more for advisory assets than brokerage, so it’s a way of recognizing that,” Diamond said.

But unlike Shanks, Diamond believes it’s a better deal for the advisor, not the b/d, because most advisors don’t have a 1% return on their assets. Many advisors have assets that aren’t productive or that they don’t bill on.