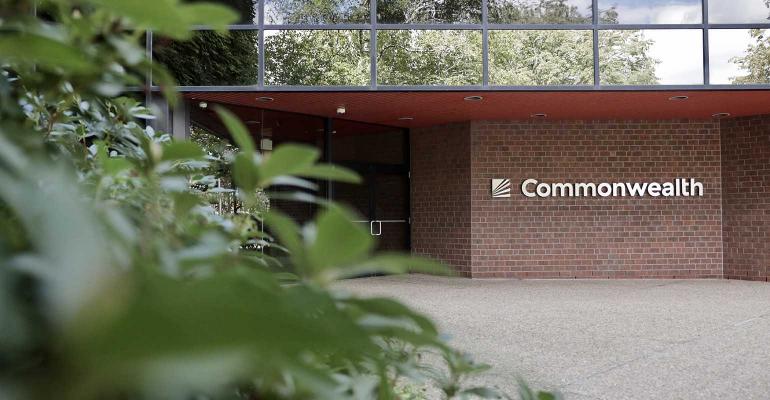 The Entrepreneurial Capital program provides more flexibility for the advisor and includes traditional, bridge and jumbo loans, as well as an equity financing option.

Waltham, Mass.–based independent broker/dealer Commonwealth Financial Network has rolled out a suite of financing options to help the firm’s advisors with succession planning and growth. The offering includes three loan options, as well as an equity-based financing structure.

“Part of what drove us to create, not just the expanded loan portfolio, but a lot of this equity-based financing was due to the competitive nature of some of the products that certainly the large RIA aggregators have been putting out,” said Matt Chisholm, senior vice president, RIA services and practice management. “So for [our advisors] to now know that we are there on their side of the table to help them solve for something they knew they had to deal with at some point, there's a lot of comfort and a lot of interest that's being driven by that.”

Chisholm said the firm launched the offering out of demand from advisors for capital to accomplish one of three things: to monetize or de-risk an existing practice at current market values and multiples; to facilitate succession and transition from a founder to a next-gen advisor; or to facilitate growth acquisitions.

Commonwealth was offering traditional loans to its advisors for many years, but it was in an ad-hoc fashion. This more formalized offering, called The Entrepreneurial Capital program, provides flexibility for the advisor and includes traditional, bridge and jumbo loans, as well as the equity financing option. (Chisholm alluded to the financing offering when Commonwealth launched its Business Consulting Services last year.)

The firm has been defaulting to one of the credit products where possible, because of the lower cost of capital over the long term.

“The cost of the capital over the duration of its life—it is arguably always going to be cheaper through a loan because it's a set term and you're not giving up any of the equity value that obviously has an upside associated with it,” Chisholm said. “For our equity investments, again, it's only after we've exhausted a credit solution that then we would kind of step over the line into an equity-based financing.”

One of the advantages, Chisholm said, in using Commonwealth as opposed to an outside lender is the convenience and speed in delivering it. Commonwealth will conduct a quick credit check and turn around a loan request in 48 to 72 hours. For the traditional and bridge loans, the firm doesn’t require a look at the advisor’s financials. For the jumbo loan and equity financing, the IBD does look at the firm’s profit and loss (P&L) statements for the previous year to get an idea for the health of the business.

The traditional loan is a five-year note at an interest rate of prime plus 2%. For the bridge loan, advisors will receive funding in exchange for interest-only payments at prime plus 2% with an 18-month duration. Those loans have no prepaid penalties and no underwriting fees. In the case of a jumbo loan, an advisor receives up to 100% of their firm’s revenue, and pays it back over seven years at prime plus 3%. That loan has a 2% underwriting fee.

The jumbo loans are most often being used to facilitate the down payment of some sort of buyout, where the advisor pays a certain amount upfront and the remainder over four or five years, Chisholm said.

The firm’s equity offering is somewhat different from others out there on the marketplace, in that Commonwealth does not take a controlling interest or ownership in the advisor’s practice. Rather, the firm creates a right to some portion of revenue for use of its capital. The IBD starts that process by valuing the advisor’s business on both a revenue multiple basis and earnings multiple basis.

If the advisor is still interested, Commonwealth will take that valuation to an external third party, such as FP Transitions, and cover the costs of that valuation, which serves as the baseline for what the practice is worth. The IBD will then take up to a 40% stake investment in that valu and translate that into a function of revenue.

“Once we strike the investment, we don't look for reporting,” Chisholm said. “We then try to disassociate ourselves from how the business is run; we create this equation or this flip to revenue, which then defines what our distribution is going forward so that we can essentially get a return on our capital while, at the same time, allowing the advisor to use that capital with as much freedom and flexibility as they can.”

Thus far, Commonwealth is using its own money to fund the options, but it has started to explore relationships with other banks to source more and potentially cheaper capital than it has today. That will be done through more traditional lenders, rather than those that specialize in the wealth management industry.

“All of this is in the spirit of trying to find means and avenues to help our advisors grow and/or transition,” Chisholm said. “This is not a profit center for us. But we recognize that to the degree that we can enable through capital to our advisors to grow and succeed and we retain them, that's how we get our return on a lot of what we're putting forth.”