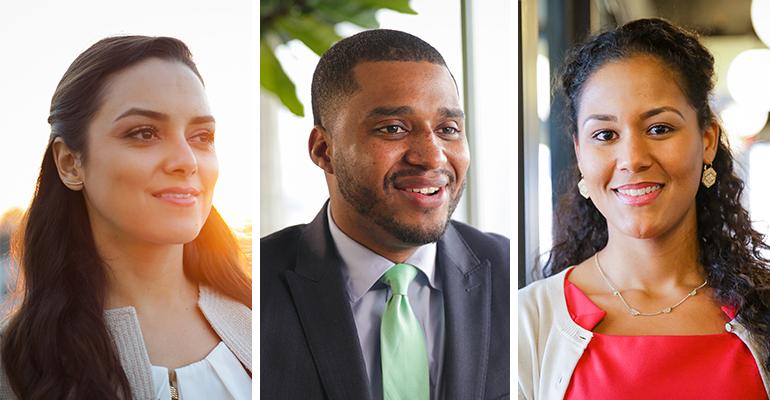 “When we sit at the table with the client, we do not wipe away who we are,” said Rianka Dorsainvil, one of the campaign's spokespeople.

The CFP Board Center for Financial Planning has launched a multimedia campaign aimed at attracting young people into the financial planning profession. CFP Board chose three young, diverse, up-and-coming CFP professionals as the spokespeople for the campaign, called “I am a CFP Pro,” from more than 250 individuals who applied.

“This campaign was designed to spread the message that the future of financial planning depends on the participation of these communities in order to grow, thrive and remain responsive and relevant to the public that it serves,” said Nancy Kistner, chair of the CFP Board’s Women’s Initiative (WIN), during a press briefing on Tuesday.

The campaign consists of a series of storytelling videos, an interactive website, social media engagement and outreach through a series of toolkits.

“There is uniqueness to where you’re from, to who you are, and our clients deserve to have professionals in the space that represent that,” Sullivan said.

“When we sit at the table with the client, we do not wipe away who we are,” Dorsainvil said. “If anything, we’re bringing that to the table as well. We are an extension of our community.”

The rigor of the CFP exam, perhaps, is one thing deterring young people from pursuing a career in financial planning. Both Dorsainvil and Sullivan, for example, did not pass the exam on their first try. After her first try, Dorsainvil said she studied for six months straight and had virtually no social life during that time.

“You have to be mentally prepared to take this exam because it’s not just a regular exam,” she said. “You’re taking this exam as the gold standard of this profession.”