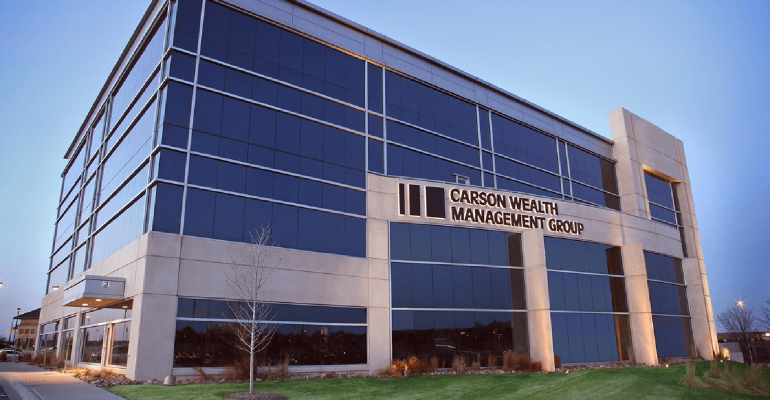 With nine minority investments, as of September, under its belt, the RIA is ready to welcome in more partners.

Carson Group plans to increase the number of minority investments it makes in advisory firms, and has secured a new line of credit from an undisclosed partner to do it. The Omaha, Neb.-based firm, which manages $13 billion in assets under management, said Monday during its partnership meeting that it can also use the funding to help partner firms make their own acquisitions.

“Historically, advisors under $600M or so in assets under management have had two choices when it comes to liquidity events and/or succession planning: figure it out on their own, or sell to a larger player, which of course means giving up their independence, control and entrepreneurialism,” said Aaron Schaben, president of Carson Group, in a statement. “We are addressing this gap by providing minority investments in firms to help with succession planning and equity transfers, and by supporting their growth efforts through Carson’s value-added resources—all while they maintain majority control and ownership of their business.”

Related: What Carson Group Saw in a Small RIA

Advisor Mike Kabarec, whose firm sold a minority stake to Carson Group in 2019, said the investment helped him transition the majority of his equity to his younger partners so they wouldn’t have to be burdened with trying to buy him out while simultaneously trying to advance the firm. It has also positioned the firm for growth, he added. He’s hired two more advisors and upped assets under management by 75%.

Carson Group has made nine minority stakes in existing and new firms, and its vice president of mergers and acquisitions, Jason Carver, said it is in the process of making another investment by the end of this year.

He projected that the capital raise could help Carson Group make 15 to 20 more investments in firms as small as $125 million in AUM and as large as $1 billion in AUM over the span of ten years.

The RIAs most previous capital raise was in 2016 when it sold a minority stake to Long Ridge Equity Partners. Though, Carson Group still maintains access to that pool of funding, it sought revolving capital debt for an undisclosed amount from another equity firm. Carver didn’t divulge any details on who its new equity partner is.

Carson Group also announced during the partnership meeting that it would make Holistiplan, the tech platform that takes a tax-centric approach to financial planning, available to all of its partner firms as part of their technology stack.