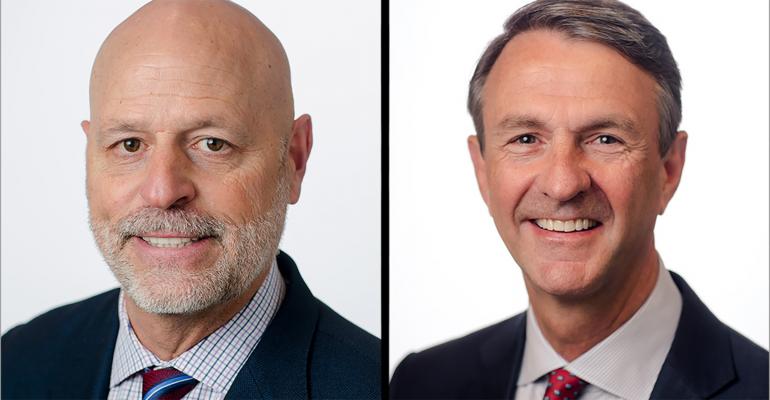 Captrust executives discussed with WealthManagement.com their M&A strategy to bring institutional retirement services and a full-service wealth management firm under one roof.

Since 2018, Captrust has cemented its status as a wealth aggregator, reaching just shy of $50 billion in AUM behind a bold string of acquisitions orchestrated by Rush Benton, the firm’s senior director of strategic growth, and Rick Shoff, managing director of Captrust's advisor group.

Behind its acquisition spree is a strategy to bridge the gap between the firm’s historic concentration in the retirement advisory space and its ambition to be a top wealth manager. The firm wants to combine retirement services with wealth planning and have the two complement each other.

“The idea of providing fiduciary advice or coaching to individuals and investment advice in particular has been a key cornerstone for Captrust for 30 years,” said Shoff. “We’d like to bridge that connection,” he said.

Of the 42 acquisitions Benton has led since 2006, eight have been "carveouts" of retirement advisory businesses from other financial services firms, among them RIAs. The most recent example was Captrust’s deal for RIA Plante Moran’s retirement advisory division in September.

According to Shoff, there are numerous financial services companies, employee benefit firms, banks, trust departments and accounting firms that once thought they could build robust investment advisory businesses both on the wealth side and the institutional side only to find out that it was harder to pull off in practice.

Retirement advisory is a concentrated, relatively small and highly complex corollary to the wealth management business, with smaller margins. Among the 2,000 RIAs for sale that Captrust is looking at, only 100 are retirement advisory specialists, Shoff said.

Captrust’s 3,000 institutional clients with $400 billion in AUA, half of whom it advises on 401(k)s, had until recently been the only obstacle in its path to combining its businesses. “Our biggest competitor is an uninformed client, the clothing retailer Cy Sims used to say,” said Shoff.

But with the adoption of a federal fiduciary standard, Shoff said, clients have been quick to embrace Captrust and its Participant Advice Services division as their source for financial advice.

The company’s hope is that by providing plan participants with all of the tools needed to ascertain whether they are on the right track for retirement and storing their information, as they edge closer and closer to retirement, they might consider Captrust if they ever need a wealth manager.

“There’s all kinds of million dollar 401(k) account balances all over the place,” said Shoff. “Even people who might be in their 30s or 40s, not terribly wealthy, but maybe they get an intergenerational wealth transfer or money through some other means. It happens,” said Shoff.

Given the plan’s novelty, it will take time to build out and refine.

According to Dave DeVoe, CEO and founder of DeVoe & Company, the combination of an RIA and retirement firm “has so much strategic potential, but it’s not something that you can stitch together over a weekend.” While the RIA is a unique breed with the fiduciary model woven into its DNA, he said “the retirement business is a whole other animal. There is a high degree of complexity that requires tightly integrated processes and technologies.”

Shoff himself said the plan would take as much as five or more years to play out.

In 2019, Captrust took 30,000 calls from plan participants via its call center, according to executives, but engaged in marketing to the 3 million employees served by the Participant Advice Services division, sending them emails featuring videos and informational tools. “These clients also have the option of talking to any one of 50 financial advisors who specialize in providing retirement plans free of charge with their benefit plan offering,” said Shoff.

There isn’t an enormous degree of overlap between retirement advisory and wealth advisory, said Shoff, but Captrust has trained numerous wealth advisors to know enough about the retirement space to understand what kind of questions they need to ask and to be able to spot an opportunity to get wealth clients help with their retirement planning, Shoff said. The firm has 25 hybrid advisors skilled in both wealth and retirement advisory and that number is growing, he noted.

Shoff was unable to give a firm conversion rate.

“I wish we had an algorithm for it,” he said, “but we just know if we meet with eight individuals as part of that service that we're getting paid to deliver already, on average we will get one wealth management client,” he said.

But he did note that over the past two years, 40% of Captrust’s new wealth business has come from the retirement side. As of Tuesday, Captrust has brought over 100 new wealth clients in 2020 from retirement in spite of the pandemic.

Meanwhile, industry observers noted that Captrust is not alone in its bid to meld together retirement and wealth advisory, and that the presence of others may be a harbinger of things to come in the wealth management space.

"Captrust is the clear leader at the moment in the retirement aggregator segment. Other firms, including GRP, SageView Advisory and Resources Investment Advisors have been focused on expanding further into the wealth management market," said Mark Bruno, managing director at Echelon Partners. What is more, Bruno added, Empower’s recent acquisition of Personal Capital is another example of a large player in the retirement space diversifying and trying to more closely integrate wealth and retirement plan services.

“The market is evolving and this strategy to bridge the gap between retirement businesses with higher-margin wealth business will only accelerate,” Bruno said.