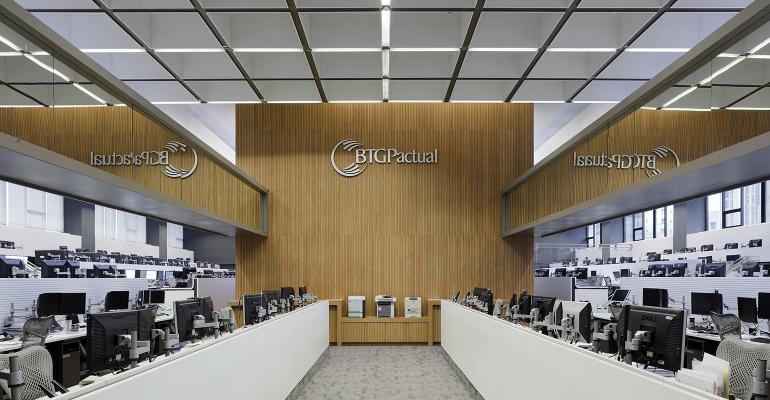 BTG, which oversees $50 billion in wealth assets, is considering moving to a bigger office in Miami, where its U.S. wealth-management unit is based.

(Bloomberg) -- Banco BTG Pactual is expanding its U.S. wealth unit as the Brazilian bank seeks to triple the amount of overseas assets it manages in the next three years.

“Latin American clients, in particular Brazilians, are looking to diversify globally, and we’re confident we can capture that growth through the U.S.,” he said in an interview.

BTG is considering moving to a bigger office in Miami, where its U.S. wealth-management unit is based, Pessoa said. The bank oversees about $50 billion in wealth assets, according to regulatory statements, with nearly $8 billion invested offshore, Pessoa said. That could grow to as much as $25 billion in three years, he said.

“Big global banks are very volatile in the way they treat rich clients in Latin America,” said Fabio Feitler, who runs BTG’s U.S. wealth operation in Miami. “Whenever there’s an increase in political noise, they start pulling back.”

The bank’s U.S. expansion is designed to take advantage of changes in how rich Brazilians invest their money.

For most of the last decade, investors were able to get low-risk, decent returns with local government bonds. With interest rates now near all-time lows, they’re being pushed into more complex products, both in Brazil and abroad.

“Sometimes Brazilian clients come to us and about half of what they had invested abroad is made up of international bonds linked to Brazil,” Pessoa said.

To attract U.S. talent, BTG has made changes to its traditional compensation model of bonuses and salaries to a more commission-based approach, Feitler said. Recent hires include Blas Minarro from JPMorgan as a senior relationship manager.

“We wanted to grow more rapidly in the U.S., so we had to change the way we hire and open our platform to registered independent advisers,” Feitler said. The firm’s wealth business has about 35 employees between Miami and New York.