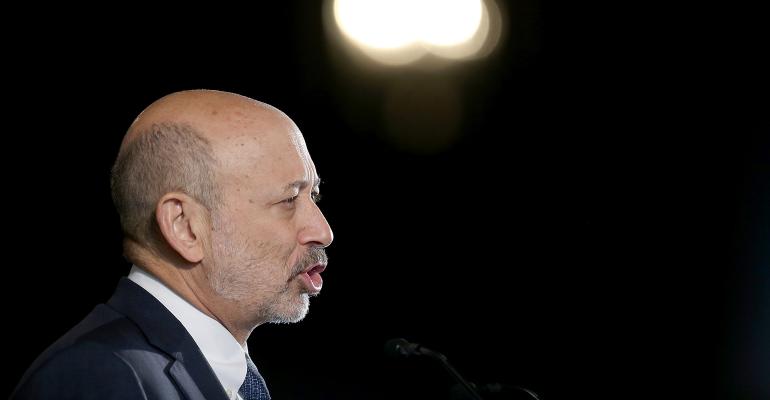 Bank executives, speaking on condition of anonymity at events around the Swiss ski resort, said they’re not counting on Trump to overturn Dodd-Frank. Instead, they expect the federal agencies that enforce the rules to ease up on them and support bankers’ efforts to limit how much capital and liquidity their companies need to pay bills or absorb losses in a crisis.

The bankers said they recognize that changing or overturning the 2010 Dodd-Frank Act would require support in the U.S. Senate that Republicans may lack. Instead they’re counting on Trump’s team to dial back how supervisory agencies enforce and interpret rules. Led by Federal Reserve Governor Daniel Tarullo, U.S. regulators have adopted an extra-strict version of the global standards on capital and liquidity set by the Basel Committee on Banking Supervision in the aftermath of the 2008 financial crisis.

“Legislation, obviously that’s harder to do than just changing regulations,” JPMorgan Chase & Co. Chief Executive Officer Jamie Dimon said in a Bloomberg Television interview with John Micklethwait on Wednesday. “Regulators can change a lot of things easily about compliance, about costs, certain rules about lending, how you use your liquidity, how you use your capital. I would like to see some of those looked at and maybe modified a bit, and I think it would be good for the economy.”

The Goldman Sachs CEO also said there’s “an opportunity to re-legislate” financial regulations as the U.S. did with the Securities Exchange Act after the Great Depression.

“I think we’re going to open it up,” Blankfein said. “You can call it Dodd-Frank, as amended.”

Wall Street bank shares, including JPMorgan’s and Goldman Sachs’s, have rallied since the election on speculation that Trump’s policies will accelerate economic growth and drive higher interest rates.

While Trump’s transition team said after the election that it would work to “dismantle the Dodd-Frank Act and replace it with new policies to encourage economic growth and job creation,” few bankers see Dodd-Frank as a priority. Even billionaire investor Carl Icahn, who Trump appointed as a special adviser last month to overhaul regulations, said in a CNN interview that he wouldn’t support killing Dodd-Frank.

Several bankers in Davos said they’re optimistic that regulators under Trump could do away with the gold-plating by the U.S. of the latest Basel benchmarks and ease the process by which banks are stress-tested annually to ensure they have adequate capital to absorb losses in a hypothetical crisis.

In Europe, where bankers argue the region’s economic woes are exacerbated by the constraints on lenders, regulators have already helped delay agreement on a new set of global requirements.

The Federal Reserve has led U.S. rule-making efforts, including Basel implementation. Trump can appoint a vice chairman for regulation, effectively replacing Tarullo, who has filled the role unofficially and antagonized bankers with his strict approach to regulation. That, along with other appointments, could help tip the Fed toward a more bank-friendly approach.

It also could be wishful thinking. While criticizing Dodd-Frank, Republican leaders in Congress have backed even higher capital requirements than the Fed for the largest banks. Jeb Hensarling, chairman of the House Financial Services Committee, has proposed exempting banks from most other rules in exchange for 10 percent capital, almost twice as much as what big banks have now.

New regulators could also change the way Dodd-Frank is implemented. One part bankers hate the most, the Volcker Rule, bans the largest firms from making speculative bets with their own money. Trump’s Treasury secretary nominee Steven Mnuchin and Gary Cohn, the Goldman Sachs co-president named to serve as Trump’s chief economic policy adviser, are expected to be more sympathetic to banks’ arguments that limiting their trading hurts investors by making fixed-income securities less liquid.

While trading revenue has declined in recent years, the Volcker Rule and other restrictions didn’t prevent a jump last year, including at Goldman Sachs, where one trader made $250 million for his firm last year.

JPMorgan’s Dimon and other executives also have pushed against international liquidity standards that were part of the post-crisis Basel regime and designed to ensure that firms have enough easy-to-sell assets to meet claims coming due in a month and over a year.

“There’s $2.5 trillion sitting at the central bank called excess reserves,” Dimon said in Davos. “And we’re not free to lend it because of all these new requirements.”

Asked whether laws will change or just how they’re enforced, Bank of America Corp. CEO Brian Moynihan told Erik Schatzker in Davos that “I think it will be the implementation of regulation,” adding later that he expects a “regulatory debate about what the right regulation is and how it will be mitigated over time.”