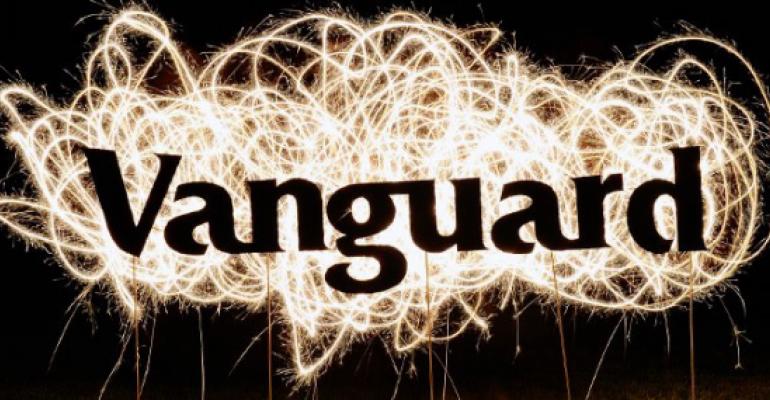 An Attempted “Takedown” of Vanguard Backfires

Backlash to an attempted Vanguard takedown, investors are better at timing the market and Merrill Lynch adds an international advisor in Miami.

Earlier last week, a column published by Bloomberg View attacking Vanguard for having the temerity to charge such low fees to investors sparked a fair amount of criticism of its own. The article pointed out Vanguard was claiming a “moral high ground” made possible only by its “nearly” non-profit organizational structure. (Vanguard is owned by the investors in its funds. Like a credit union, it aligns the interests of owners and customers, because they are the same.) The author, Jared Dillon, a former Lehman Brothers trader, writes what sounds like the last gasp of the traditional asset management industry as it lies dying on the battlefield, bleeding money from wounds inflicted by low-cost passive fund managers. “What in the name of all that is holy is wrong with making a profit? Last I checked, there are a lot of successful businesses with great products and satisfied customers that make obscene profits. Also, the U.S. is allegedly a capitalist country. So, you see, this is what grinds people’s gears about the whole movement in low-cost, passive-style index funds.” You could follow the near-ubiquitous dissent in the comments of the column, or read Cullen Roche’s succinct take on his blog, Pragmatic Capitalism. “Vanguard basically refuses to make empty promises about what its products can deliver and reduces potential conflicts of interest by better aligning their interests with the interests of their underlying owners. If this is taking the moral high ground, then maybe the rest of the financial services industry needs to lace up some hiking boots and find a better moral compass.”

U.S. investors are getting better at timing the market, according to Morningstar’s latest global study of investor returns. Morningstar analyzes the effect of cash inflows and outflows from purchases and sales, as well as the increase in a fund’s assets to come up with the “gap,” the shortfall between funds’ money-weighted and time-weighted returns. The 10-year gap in the U.S. has shrunk from 55 basis points at the end of 2015 to 37 basis points at the end of 2016, which the fund researcher attributes to another year of good returns. “A second factor that is driving the aggregate gap lower over the long haul is that yearly flows have not kept pace with the growth in assets under management,” the report said. “However, that doesn’t mean the challenge for individual investors has diminished, as they can still do as much harm to their portfolios as before.”

Advisor with $1 Billion in AUM Heads to Merrill Lynch

Fernando Nicolau is joining Merrill Lynch Wealth Management’s Miami office as an international financial advisor. Nicolau previously was affiliated with the JP Morgan Private Bank, where he oversaw more than $1 billion in client assets and headed the private bank's ultra high net worth segment, according to a statement from Merrill Lynch. He also previously spent 13 years working for Citibank. In Miami, Nicolau will be collaborating with Andre Mendes and Pedro Paulo Silva, Merrill’s largest Brazil team, in serving the broker/dealer's LatAm UHNW market.