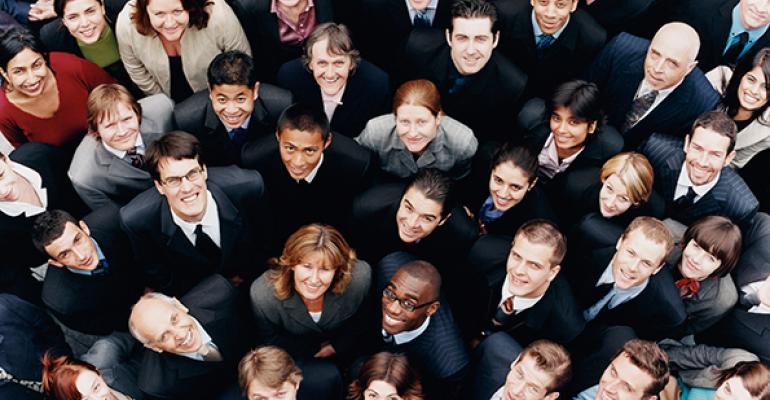 According to a new study conducted by FundFire and the Money Management Institute, there are troubling large gaps in the asset management industry between the number of white and minority employees at all levels. Data was taken from a range of asset managers, managing more than $5.3 trillion in combined assets, who submitted data for the report, titled “Ethnic and Racial Diversity at Asset Management Firms.” Research found that at the executive committee level, 88 percent of individuals were white. On average, the percentage of white staff only dropped below 80 percent in less senior roles, such as portfolio manager associate (76.9 percent), analyst (73.4 percent) and technology and operations (59 percent). Sapna Shah, PIMCO’s Inclusion, Diversity and Culture Officer, said such gaps must be eliminated. “Regardless of the firm and industry, it benefits all companies to create a greater awareness around unconscious biases and to facilitate an open and inclusive workplace environment where colleagues from different cultures feel empowered to contribute and have their voices heard.”

The Oakley Group, a team of six advisors in Nashville overseeing $700 million in client assets, is joining Pinnacle Asset Management, an existing investment program aligned with the Raymond James Financial Institutions Division. The FID provides banks and credit unions with an alternative to traditional third-party investment providers. The team includes Sam Oakley, the managing director of Pinnacle Asset Management and now a Raymond James financial advisor. Oakley has been in the industry for 34 years and has spent his entire career as a private financial advisor at SunTrust Investment services. New Hampshire-based financial planner David A. Kutcher, founder of DAK Financial Group LLC, recently filed a lawsuit against Timothy D. Sullivan of Gilford, N.H. for “wanton, malicious or oppressive” conduct and defamatory statements about Kutcher, his wife and his financial services company, the New Hampshire Union Leader reports. The suit asserts that in June, Sullivan, after buying a $25,000 contract in 2000 for an annuity from DAK, appeared outside a “dinner event,” where Kutcher was courting potential clients, brandishing a large, handmade sign reading, “I got wacked by DAK.” Several weeks later, Sullivan repeated the act at another DAK dinner event. The suit alleges that Sullivan’s actions “imply misconduct on the part of the plaintiff” and “suggests that DAK or its staff was guilty of some crime, some malpractice or other abuse of client trust,” while “the contract performed as advertised, was subject to full disclosure and understanding to and by Sullivan and remains performing to this date.”