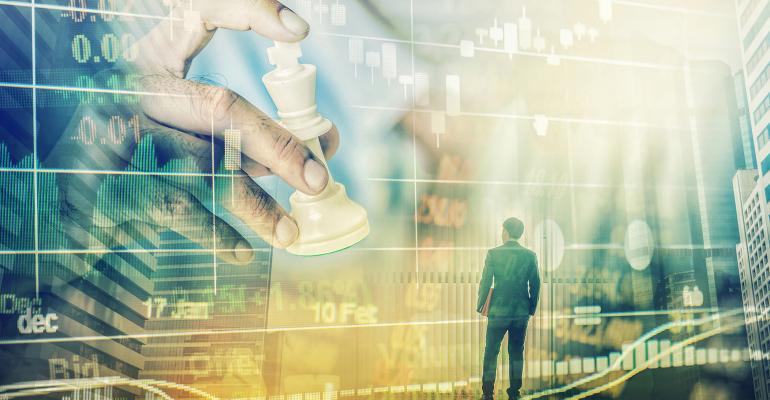 Are Brokerages Moving Away From Rep as PM Models?

Motivated in part by increased regulatory scrutiny, broker/dealers are nudging advisors away from rep as portfolio manager programs in favor of model portfolios and third party strategists.

When the markets crashed in 2008, many advisors, and their clients, became disillusioned with the model portfolios and third party strategists on offer from their home offices.

Following the crash, there was an uptick in advisors taking discretion over client portfolios and adopting the rep as portfolio manager (Rep as PM) mantle. As of 2015, Rep as PM programs had approximately $850 billion in assets, a 29 percent compound annual growth since 2008, according to the Money Management Institute.

But the programs are coming under increased scrutiny thanks in large part to the Department of Labor’s fiduciary rule. Broker/dealers are starting to recognize the risks associated with letting advisors manage their clients’ portfolios. So they are changing their programs, ramping up training and certification programs and adjusting their pricing to incentivize advisors to make model portfolios more attractive. They are also giving advisors benchmarking tools to help them measure whether their efforts in Rep as PM platforms measure up to their peers.

“There's no doubt that there is a heightened level of risk present in the Rep as PM business,” says Tim Munsie, vice president and head of advisory platform strategy at National Planning Holdings, a b/d network with more than 3,400 advisors. “So we are investing heavily in the tools [to lower the risk] in that business, to give our advisors the tools to run it more effectively, efficiently and safely.”

“In a fiduciary environment, I don't think there's much wiggle room,” he says. “Advisors that hold themselves out as Rep as PMs need to be held to some of the same standards as your portfolio managers on Wall Street. The business has changed significantly, and it's going to continue to change as advisors are held more and more to that standard.”

In fact, the percent of advisor portfolios influenced by home office models is expected to increase 3.3 percent across all channels by 2018, according to a survey by WealthManagement.com and Fuse Research. At the wirehouses, that’s expected to rise 5.2 percent by next year.

On Envestnet’s platform, the flows of new money have almost always favored Rep as PM and discretionary programs. But at a certain point last year, that shifted and more assets started flowing toward strategists and unified managed accounts, the firm said.

One concern with Rep as PM models from the b/d perspective is that the performance is more easily compared to benchmarks, and in too many cases comes up short.

In 2013, Transamerica President George Chuang did an analysis of his firm’s Rep as PM program within its independent advisor business.

As you went up the risk class, there was even greater variance in performance, “which told me that the advisors weren’t really spreading their risk and building portfolios correctly,” he said.

Envestnet has found that there’s greater correlation among strategists on their platform, whereas Rep as PM programs are more volatile and erratic. For the three years ending Jan. 31, 2017, open accounts on the Envestnet platform within Rep as PM programs had a standard deviation of 3.2 percent, compared to 1.6 percent for fund strategists. (See chart, below.) “You see some advisors who do really well, a group of advisors who kind of do OK, and a larger group of advisors that aren't doing a great job,” says Bill Crager, co-founder and president, Envestnet. “When you put the strategist up against that same dataset, you see them all huddling around a similar correlation. So it's a consistency of performance that the strategists are providing.

Patrick Sweeny, principal and co-founder of one such strategist, Symmetry Partners, says b/ds and advisors could run afoul of the DOL rule due to that underperformance. Under the DOL’s fiduciary rule, clients can file a class action lawsuit against an advisory firm if a particular advisor was found to have put clients into portfolios that weren’t in that client’s best interest.

“In the new environment, if you’re the broker/dealer, and Envestnet’s providing you with evidence that a whole slew of your advisors are acting as portfolio managers, they’re all underperforming and they’re doing it consistently across a lot of clients, that’s a bad thing because a lawyer can now say we have a class action lawsuit,” Sweeny says.

According to The Cerulli Report, U.S. Managed Accounts 2015: Battle for Discretion, a top compliance concern of firms sponsoring Rep as PM programs was that their advisors understood their fiduciary obligations when operating in a full-discretion, fee-based relationship. Equally concerning to firms was consistent underperformance of the programs. Lack of an investment review was considered a moderate compliance concern for 64 percent of respondents.

What Firms Are Doing

Some b/ds are taking steps to lower the risk exposure from their Rep as PM advisors, or making other alternatives more attractive. Many firms, for example, have put training programs or qualification criteria in place before letting advisors use the platforms.

According to Cerulli’s analysis, many firms require advisors to meet hurdles like tenure, internal training or certification, assets under management and outside certifications. On average, firms require at least five years of experience and $44 million in assets. More than one-fifth of firms said they are considering training programs.

Cerulli found that many firms also developed surveillance tools that scrutinize the portfolios of advisors, looking for flashpoints like concentrated positions or portfolios that stray from the client’s original risk tolerance.

Sweeny says a few b/ds, which he declined to name, reached out to him and asked for information on his firm’s due diligence process to use for their own internal training programs.

National Planning Holdings’ Munsie says his firm is currently revamping its training program, adding new layers to make sure advisors are properly equipped to manage money and that they don’t take unnecessary risks.

In February, the b/d network eliminated ticket charges in its Rep as PM business to minimize conflicts of interest. At the same time, the firm has invested in analytic tools to help advisors benchmark their performance against their peers and strategists.

NPH has also put incentives in place to move advisors toward strategists. In December, it decreased pricing on its third-party strategists and added many of them to its fee-based advisory platform, including BlackRock and American Funds/PMC.

This summer, the b/d will introduce a hybrid approach to Rep as PM, where the advisor can use a third party strategist as the core of a portfolio, and co-mingle it with their own individual mutual fund or securities selection to add some level of customization.

Neil Bathon, founder and partner at Fuse, says that for the wirehouses, it’s only a certain kind of advisor that would be pushed to use outside strategists. The larger teams are likely to continue using the Rep as PM model because they have their own due diligence analysts and investment committees. “It’s really the one-off advisor that’s going to be more aggressively pushed to use the models.”