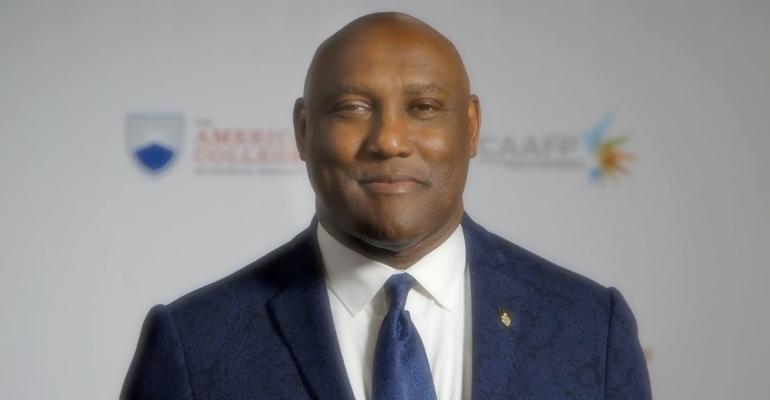 'This request is bigger than a commitment to hiring more Black men and women, setting up a diversity council, or cloaking systemic racism and the struggles that Black people face with a problem that means well,' said George Nichols III.

George Nichols III, the first African American president and CEO of the American College of Financial Services, laid out his plan to do so, one that doesn’t simply involve platitudes and hollow commitments to hiring more Black men and women.

“I believe that only with a bold plan that targets our corporations to promote upward mobility and our communities to bolster wealth creation can we truly rise as one,” Nichols said. “This request is bigger than a commitment to hiring more Black men and women, setting up a diversity council, or cloaking systemic racism and the struggles that Black people face with a problem that means well. It stops just a few short steps from feeling uncomfortable. We need a more aggressive approach, led by a broader coalition including all sectors of the financial services industry.”

He proposed that the financial services industry explore partnerships to target financial literacy programs to Black women in communities across America.

“Why start with Black women and not Black men? The failure to empower Black women has been identified yet an underfunded program for too long.”

He cited one report from 2010, which found that median wealth of a single white woman was $42,600, versus $5 for a single Black woman. Reasons for the disparity include career development, educational priorities and the fact that Black mothers make up a disproportionate percentage of single-parent households. In 2017, Pew Research found that 89% of Black single parents were female.

Nichols also suggested that organizations come together collectively to transfer knowledge to the Black community.

“This ambitious initiative is more than just charity and engagement. It aims to bring together national organizations and local communities who want to not only see change, but also be a part of it.”

That initiative would involve a template customizable to specific community concerns.

“For so many Blacks, their career arc runs into a wall,” Nichols said. “Black professionals need far more opportunity to move from middle management into senior management and executive roles, including corporate board service, positions of power and influence. An executive program focused on communication and personal leadership skills taught by Black executives and educators for Black up-and-coming corporate leaders. Additionally, we would create a mini-program for white senior executives to be colleagues and mentors and sponsors and develop them within their roles within the company. This kind of corporate commitment at the highest levels is simply not negotiable.”

The college’s plan also involves creating a template for Black study groups, as a way to improve professional diversity in the industry. The organization also wants to execute on a massive effort for financial services firms and trade organizations to recruit top white advisors to serve as mentors.

“Fellowship and collaboration in these study groups will help retention, so diversity doesn’t just check a box, then become a revolving door.”

Nichols issued four calls to action at last year’s conference, including calling on them to improve their personal production and recruit and mentor a new Black professional into the business. This year he added a new call to action for attendees.

“I ask you to go to your leadership of your firm, and serve as a voice and a resource on promoting continued progress for the Black community because while we’ve made progress over time, momentum is continually curbed by financial incentives, political motives, engrained capitalistic cultures, and America’s attempt to expand,” he said. “Instead, wealth remains pervasive in its bubbles and elusive to those who knew just enough to get by. There’s this funny thing about wealth that people who have it know well: It’s generally sustainable, it’s generational, and wealth begets wealth.”