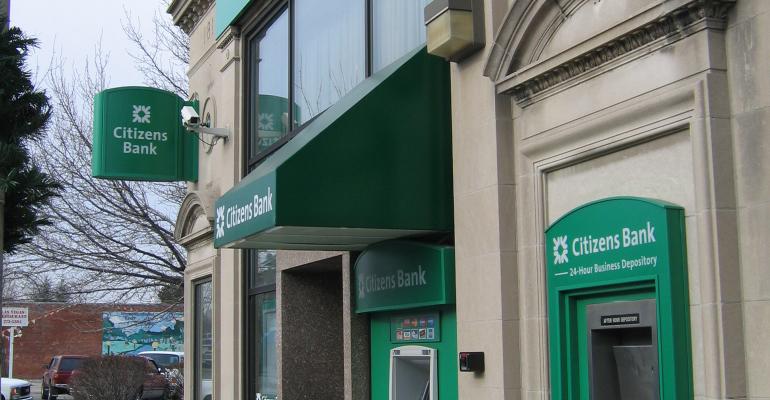 A bank-based broker takes Citizens Bank to arbitration for failing to meet some lofty recruitment promises, and wins $1.5 million. Now others are making similar claims against the bank.

Francis Aiello was working as an advisor at PNC Bank in the summer of 2015 when a Citizens Securities recruiter reached out to him with what seemed at the time like a great opportunity.

The recruiter said that at Citizens, he would be able to work out of the Pennsylvania branch that was convenient for his current clients, and along with referrals, he would inherit a $30 million book of business, ready to go, on day one. Citizens extended him a $220,000 forgivable loan to make the move.

It was tempting enough for Aiello to make the jump, leaving behind PNC Bank, where he was making more than $300,000, he said.

But once at Citizens Securities, things turned south. He was, he claimed, not assigned to the State Street branch he was promised; instead, they stuck him in Altoona. And the $30 million book of business failed to materialize.

He claimed his manager had him sign an amendment to the promissory note that made no mention of all the promises the recruiter had earlier made, and was backdated to his last day at PNC. At that point, he had already quit and was working at Citizens, so he signed, an error in hindsight, he admits.

During four months at the bank, he made $12,000 before quitting. When the bank tried to recoup the loan, Aiello balked, and the two parties headed to arbitration.

Aiello’s attorney called the bank’s recruiting tactic a classic “bait and switch.” The bank claimed Aiello was making up the story about lofty recruiting promises in order to avoid paying back the loan. On July 13, an arbitration panel awarded Aiello $1.5 million in compensatory damages (plus interest).

“I hope this award will give other employees who are misled during recruitment in the securities industry the incentive to fight for justice,” Aiello said in a statement after the award was announced.

“We strongly disagree with the decision of the arbitration panel and stand behind both our hiring process and our employees,” a spokesperson for Citizens Financial Group said.

During his employment at Citizens, Aiello said other brokers he knew at the bank had similar stories of misrepresentation during their recruitment and employment. Many also left shortly after being hired, or remained at Citizens and were hesitant to engage in an expensive arbitration process Aiello likens to a “David versus Goliath” scenario.

“The way [Citizens] made it sound, it was a great opportunity for me,” said one of the brokers, who asked to remain anonymous because he is still employed by the bank. “The reality was when you walked in the door, the book wasn’t there. ... It was there, but it had already been worked by others at other branches.”

The broker said learning of Aiello’s award renewed hope he might also be able to recoup his lost income and leave Citizens for another job. Like Aiello, he too accepted a promissory note when he joined and had planned on staying through the end of his contract once the loan was forgiven.

Stuart Meissner, Aiello’s attorney who has previously worked in the New York state attorney general’s office and the Manhattan district attorney’s office, said more than a dozen brokers have contacted him about similar claims against the bank.

Meissner also filed a claim recently with FINRA on behalf of Wendy Morasco, another former Citizens Securities broker, alleging the brokerage also misrepresented more than $30 million in assets she purportedly was going to inherit when she joined. Like Aiello, she claimed the brokerage misled her and said she could work out of a new branch, meaning a new territory and new prospects. That branch never opened, the attorney claims.

"Regarding the Morasco matter, it appears to involve allegations regarding events that occurred 6 years ago with an individual who voluntarily left our employ more than 3 1/2 years ago. Beyond that, we have no comment and intend to vigorously defend this matter in the appropriate forum," a spokesperson for the bank said.

To be certain, even if more than a dozen similar claims were brought against Citizens Securities, it would represent a small percentage of the bank’s hundreds of brokers. WealthManagement.com also reached out to advisors across several other Citizens Bank branches—all of whom said they had a positive experience when recruited to work there and could not recall hearing about a case like Aiello’s.

Still, Aiello, Meissner and some other brokers said they believe the fraudulent recruitment practices are a systemic issue.

In the course of the Aiello discovery process, an email exchange, reviewed by WealthManagement.com, seems to suggest that at least one other recruit was promised a “$35 million book of business, with $5 million to $7 million in annuity assets and an annual revenue of $126,000,” but was rebuffed when he tried to get that stipulation in writing.

The recruit writes: “I will require the full offer in writing, namely the included book, which is one of the most attractive elements of the offer separating it from all the other commission-based FC roles out there.”

In the subsequent exchange, the human resources manager forwarded this to another executive, suggesting he didn’t think this should be included in the letter, but wanted to check. The bank “won’t put the book in an offer letter,” the human resources executive wrote back, adding later, “That could create a disaster from a litigation standpoint. Can you imagine Frank Aiello with that kind of written promise?”