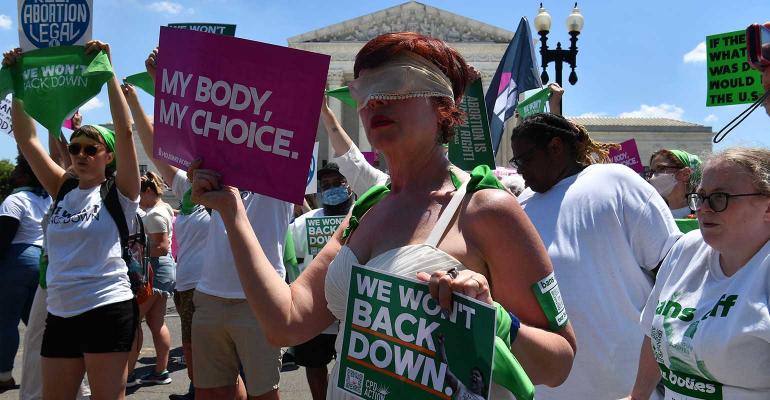 National wirehouses have been drawn into the political fallout from the SCOTUS decision to return the issue of women’s reproductive rights to states. Independent firms, with few exceptions, have been more muted in their response.

The financial services field has traditionally stayed away from taking public positions on politically fraught issues that could impact bottom lines and alienate prospective clients, but the Supreme Court’s recent Dobbs v. Jackson Women’s Health Organization decision relegating women’s reproductive health care options to the states has heightened pressure on all American businesses to do just that.

The national wirehouses, with one exception, reacted swiftly to address public (and bipartisan) outrage, and made announcements of changes in corporate policies to cover employees who may be impacted by the decision.

But beyond a handful of outspoken advisors, independent b/ds and RIAs have remained largely silent.

Ross Gerber, the CEO of Gerber Kawasaki, a registered investment advisor in Southern California, said even before the Supreme Court decision, he received threats and personal attacks for expressing his belief in a woman’s right to make her own health care decisions. Even so, he said he gains more clients than he loses by advocating for the right.

“There's a large portion of people in America that are perfectly fine with anything if they make money doing it,” said Gerber. “And in the advisor world, that is a majority of advisors. They’re not going to do things that hurt their money or their assets but worrying about one of the women in their firm, and their right and access to abortion, is probably very far down on the list of things they're worried about compared to how they can cut costs or whatever.”

“Appalled and terrified,” Catherine Arnet-Valega, who runs LPL broker/dealer GreenBee Advisory in Boston, Mass., said she fears men are unaware of the negative impact the ruling will have on them and that she will encourage her daughters to consider the location and stance of potential employers as they embark upon their respective careers.

Liv Gagnon, co-founder of the diversity-in-finance organization Choir, said the financial industry no longer has the luxury of avoiding political issues related to the rights and health of their employees and clients.

“Companies no longer have the option to remain ‘apolitical,’” Gagnon said in an email to WealthManagement.com. “In fact, if a company’s leadership is truly under the impression that they are apolitical, I expect their race and/or gender provide them the privilege to ‘turn off’ current events to maintain business as usual. And further, they are prioritizing their personal fragility and fear of ‘saying the wrong thing’ over the rights and healthcare of their employees.

“There’s an old PR adage ‘No comment is a comment,’ and I believe that sums up what leaders are facing right now,” she said. “As stakeholders, employees, clients and industry peers, we are looking for company leadership to stand up for their people. Perhaps they don’t know exactly what to say or do, but not acknowledging—in any way—the human rights crisis we are in right now is not only tone deaf, it speaks volumes about where their alliances are.”

Jay Zigmont, PhD, CFP and founder of Mississippi-based RIA Childfree Wealth, questioned whether advisor documentation might be subpoenaed for use against couples who choose to get an abortion, and whether widespread plans to pay for travel to access the service would remain legally viable. He also raised concerns about other communities at risk of losing civil rights, such as same-sex couples and transgender individuals.

A few independent firms have condemned the Dobbs decision and offered support to impacted employees. Virtually none have publicly supported the ruling.

Storjohann and Hummel authored a post called Reproductive Rights are Human Rights on the firm’s website, calling out the lack of gender and racial diversity within the financial services industry, arguing that the Supreme Court ruling will exacerbate income inequality and challenging other industry professionals to speak up and ensure that all employees have equitable health care and advancement opportunities.

Abacus is currently working with its HR and legal departments to offer financial support for any employee, spouse or dependent who needs to travel for any health care services—including reproductive and gender-affirming services—covered by insurance but not available in their state.

“Unfortunately,” the pair noted, “what was a constitutional right last week is now a private health decision that must be shared with employers. The privacy of our employees and their families is our top concern, so we are also creating an internal policy that allows for as much privacy as possible while accessing this benefit.”

Adasina Social Capital, a San Francisco-based social justice investing firm, has issued two statements on the subject—the first in response to the Texas abortion ban passed last fall and another when the Dobbs decision was first leaked in May.

“Access to reproductive healthcare, including safe and legal abortion, is an issue of gender justice, economic justice and racial justice,” Adasina stated. “And the right to bodily autonomy is one of basic human dignity.” The firm noted that reproductive rights remain a criterion for its Adasina Social Justice index, which supports investment in companies aligned with racial, gender, economic and climate justice initiatives.

Keith Beverly, CIO and managing partner of the Washington D.C.-based RIA Grid 202, released a statement on LinkedIn on Tuesday, expressing support for organizations such as Planned Parenthood and Power to Decide, as well as for efforts to elect more women to public office. 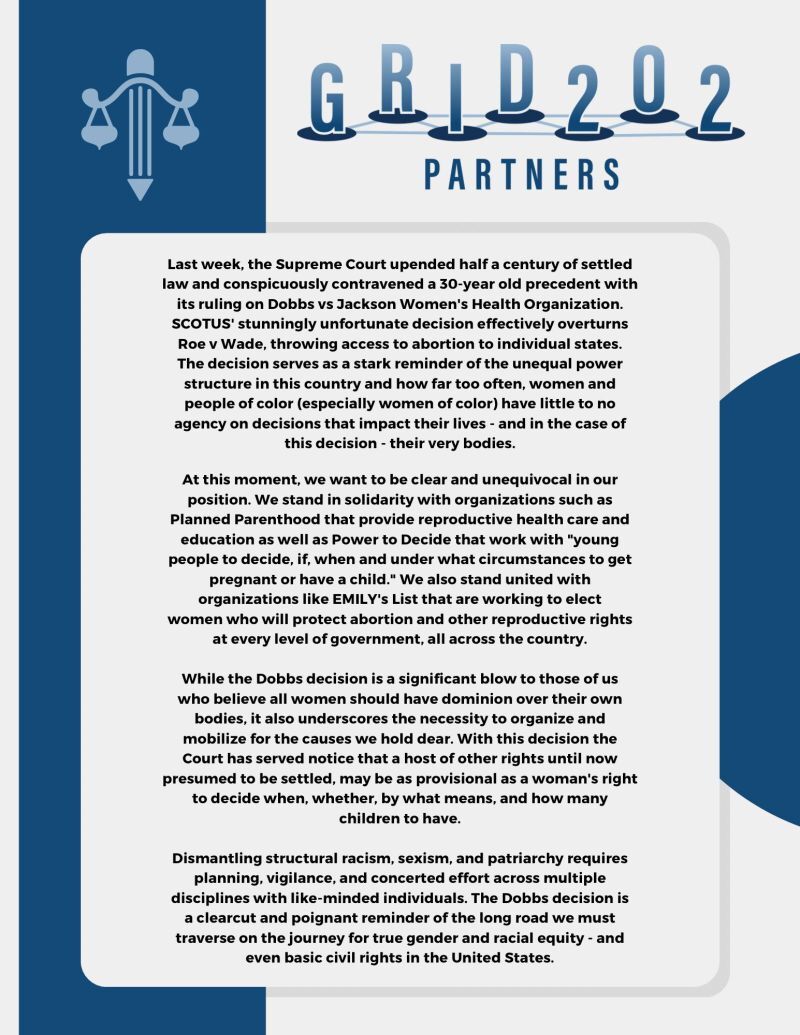 “While the Dobbs decision is a significant blow to those of us who believe all women should have dominion over their own bodies,” it said, “it also underscores the necessity to organize and mobilize for the causes we hold dear.”

With the exception of UBS, which has its headquarters in Switzerland, all major U.S. wirehouses publicly outlined changes to their health care plans to reimburse travel-related expenses in cases where a covered individual is unable to receive comprehensive reproductive care in their home state.

For Wells Fargo and Morgan Stanley, the changes will go into effect on July 1.

Bank of America’s Merrill Lynch said that it has expanded its list of medical services eligible for travel reimbursement to include cancer treatment, organ transplants, reproductive healthcare (including abortion) and mental health conditions.

In an industry already struggling with a lack of talent and a history of homogeneity, ignoring the current climate could be at a firm’s own peril, some observers say.

“I do think it will change how female job-seekers approach their careers and location,” said Arnet-Valega. “I would not work for a company that does not support women’s choice, and I would guide my four daughters to choose their employers and location taking into account the firm or organization’s opinion on respecting a woman’s right to choose."

“Leaders need to decide if they care about their employees and colleagues, and whether they are willing to be the type of leader who makes people feel seen and valued – the type of leader who people want to work for,” said Gagnon. “Because the next generation of our workforce is not going to settle for less.”

“I do think in our industry, we represent trillions of dollars in assets and have tons of power that we don't use,” he added, saying that he has personally put pressure on companies his firm is investing with to take a public position against the Dobbs decision.

“We are in an industry known for staying quiet,” wrote Storjohann and Hummel, a point of view reinforced by the lack of response from dozens of firms that were approached for this story. LPL, Raymond James, Edward Jones and Cetera were among the many firms that had not responded to questions regarding any corporate response to the decision by press time.

“It is time to expand the table, invite in other voices, and find solutions that we simply cannot create by sitting in a circle with people who only look like us,” they said.