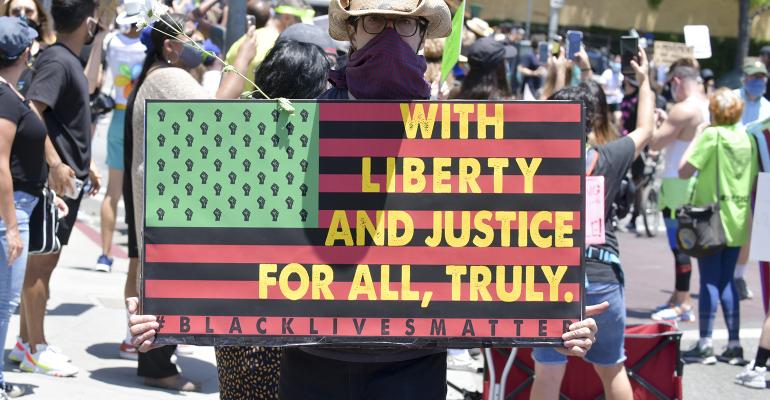 Advisors Fear Backlash For Speaking Out

Whether it be timidity, fear or concern that their words may not be taken as they intend, many advisors aren't comfortable joining in the national conversation. But staying silent may not be good for business.

On June 8, advisor Dasarte Yarnway shared his blog post “It Could Have Been Me” to his clients and colleagues with a caption that read “I might get backlash for this, but read it anyway." A day later, that possibility turned into certainty for Yarnway, the founder of Berknell Financial Group in Princeton, New Jersey, as he sorted through the responses. Most were praises, he said, while the rest debated whether Yarnway had even experienced racism.

“One person said the event says more about the neighborhood versus racism and targeting by the police. My own client said the next time I should include 'all lives matter.' Another person said that I didn’t make a full stop and asked what kind of car I was driving,” said Yarnway. 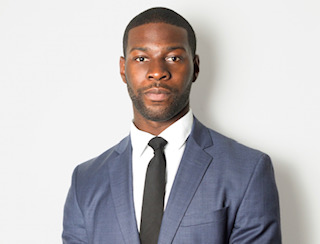 Inspired by recent social upheavals over police brutality and the deficit of justices for the victims, Yarnway wrote about an encounter with a San Francisco police officer who pulled him over and demanded "probation papers" because, Yarnway said, the officer assumed he was a criminal. Yarnway said he was nervous writing about his encounter, but felt it was time. He anticipated a backlash, but didn't know who it would come from or what they would say.

I might get backlash for this, but read it anyway. #FromSartesDesk https://t.co/3ete0Ox2Ti

Addressing current events during such an intense moment as this one induces anxiety in anyone. What may start out as different opinions could mount into a lost client, a severed business partnership or to find oneself buried in negative comments over professional social media channels.

Advisors want to speak their minds, but as service professionals dealing with a wide variety of people, they feel they have to be careful. Yarnway thought it worth the risk. He said he tries to ignore the trolls hiding behind burner accounts.

Greg Gorski, an advisor and founder of Blue Sky Financial Group in the San Francisco Bay Area, doesn't see an upside. He is in the cohort of advisors who prefer to keep mum on the events surrounding social issues, wary of the political minefields that accompany them.

“When I see professionals get into the political discourse—it’s their right—but if they are wrong, if they ever make a statement that proves to be incorrect, it’s going to backfire big time. I always think about it,” said Gorski.

“Even if you just want to voice emotional concern, it could backfire. It’s just not worth it to put it out there into the zeitgeist,” he said.

Instead Gorski keeps his social media “sterile”, free from political commentary. His conversations with his clients, which include a broad range of political leanings, feature a smile and a nod as he listens to their perspectives, then gently brings the conversation back to their financial plans.

Samantha Russell, the chief marketing and business development officer at digital marketing firm Twenty Over Ten, says advisors who have remained publically silent during the tensions go into two camps. Those who want to avoid any backlash, and those who aren't sure how to put their thoughts into the right words. In both cases, Russell says advisors may not have flushed out their own feelings and may need more time to collect their thoughts. But, she warns, thoughts only count when people know they exist.

“I really don’t want people falling into the I-don’t-know-what-I’m-going-to-say-so-I’m-not-going-to-say-anything-at-all camp because in this era there are people who want to know what their [advisor’s] opinion is,” she said. Acting as if there’s nothing going on around you comes across as completely tone deaf and insincere, Russell added.

Clients, it turns out, are eager to have these conversations, and increasingly are not seeing their financial lives as discreet from their social and moral values. Consider that more than half of investors are interested in responsible investing, according to recent Nuveen Investments research, including over nine-out-of ten (93%) of millennials, a cohort that is no longer young and beginning to have real money to invest. Four out of five want their investments to have a positive impact on the environment or in society.

“I wouldn’t advise any financial advisor to wave a flag for a candidate or even a party. But when it comes to talking about underlying social issues, or policies, or the direction of the country, my feeling is those issues and discussions probably happen on a client level anyway,” said Ray Hennessey, the president of JConnelly, a public relations and communications firm. “Maybe a firm doesn’t put out a press release, but that advisor has to be comfortable having those conversations on the client level or else that advisor doesn’t understand what motivates their clients.”

Hennessey mentioned that he was surprised that some RIAs are afraid to express their opinion since having an opinion, and being able to express it, is one of the factors that drive many to go to the independent wealth managmeent channel. If advisors are worried about alienating a client, they probably have the wrong client to begin with, he said.

Both Russell and Hennessey say advisors shouldn't fear putting out a statement that they are comfortable with on their website or social media channels; it does not have to be politically aggressive, and they don't have to make it complicated. When one of Hennessey's clients asked him how to approach the situation, Hennessey asked for his initial thoughts. “What he was saying was that we think this is wrong, we stand in solidarity and we have a lot, as a company and a society, to do better. And I said leave it there.”

“Just don’t be silent,” Russell says. “Address what you feel comfortable with, think about what you want to say and then be as helpful as you can be.”