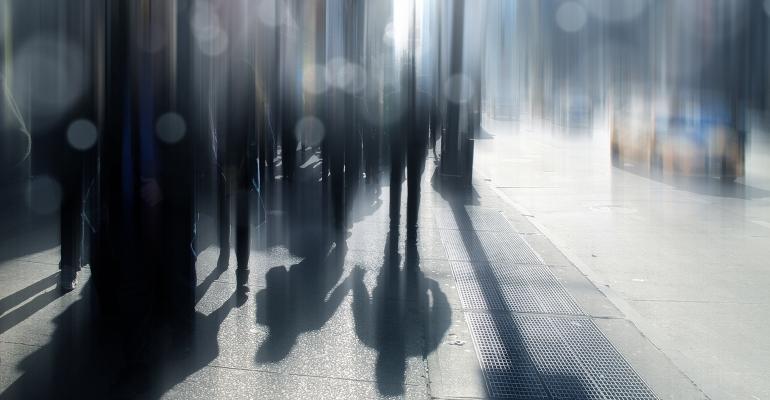 Even as the number of advisors jumping channels has slowed during the pandemic, it has not stopped independent channels from continuing to attract the most net new advisors, according to new data.

According to Discovery Data, a database that tracks financial advisors and intermediaries, there were approximately 400 fewer advisors jumping firm channels in the first quarter of this year than the same period in 2019.

“This is not a huge difference, but we dug a little deeper and found the vast majority of this difference was coming from March,” said Spencer Herrmann, a research analyst at Discovery Data.

In a typical year, there is a lull in advisor movement during the middle of the first quarter, followed by a sharp increase in March, Herrmann says. “This year saw the lowest increase between February and March in the history of our rep movement study.”

Including the bank channel, 642 advisors transitioned out of a firm during the month of March as the pandemic hit. That compares with 972 advisors who made a move in March 2019. The number comes with a caveat: Discovery Data can only track regulatory filings as they are updated, so the March total will likely show a slight increase as new filings come in.

Still, the data was robust enough to demonstrate the chill over advisor transitions caused by the COVID-19 pandemic. The investment advisors and brokers that have transitioned in the pandemic were too far along in the process for a full stop and so forged ahead. Major firms, such as Merrill Lynch and Raymond James, have had to put their traditional recruitment on hiatus, and some firms (LPL, for example) have adopted a more digital recruitment strategy.

Both channels saw higher net new advisors than they did last year during the same quarter, when IBDs had a net gain of 561 advisors and RIAs a net gain of 638 joining the channel.

Among IBDs, LPL Financial attracted the most new advisors, with a net gain of 380, compared with 168 during the same quarter last year.

Wirehouses continue to lose the most advisors of all the channels, according to the data, though the rate of loss is slowing this year thanks to the pandemic. Wirehouses had a net loss of 172 advisors during the first quarter of the year, compared with a net loss of 524 advisors last year.

Discovery Data is not able to establish how much of the movement was curtailed by the pandemic as the country is still living through it. Craig Katz, Discovery Data’s executive vice president, did say, however, that he believes the pandemic is certainly a factor in advisors’ decisions to move or not move.

LaSalle St. Securities, an independent hybrid broker/dealer in Elmhurst, Ill., demonstrates how the current economic lockdown is slowing advisor movement. The firm added two advisor teams to its fold last quarter, according to Mark Contey, LaSalle’s senior vice president of business development, while four firms have decided to pause until later in the year.

One of the two teams is selling its business to another LaSalle St. advisor as a succession plan, and the other wanted to affiliate with a new broker/dealer as it established its own RIA.

But LaSalle is transitioning only advisors that were already scheduled to come. The IBD paused outbound marketing to advisors and has been putting more effort into supporting its existing advisors.

“I really felt advisors should be focused on their clients and making sure that their clients were taken care of. Recruiting and moving during an abnormal time like this is not the best thing to be doing,” said Contey. He also said Reg BI and firms trying to comprehend how it will affect their business, individually, may also be influencing advisor movement.

Katz has seen the opposite sentiment toward recruitment from some firms: “We’ve seen a number of clients—especially firms who are in a position of strength—look at this as a time to express that message to the market and the advisors that they’re recruiting. Now is a time when advisors would be worried about their firms’ ability to support them,” he said.

Discovery Data identified a few independent broker/dealers out of the 31 it tracked that stood out last quarter as the pandemic ramped up. Among all IBDs, Waddell & Reed was last place among its peers with a net loss of 23 advisors during the quarter last year. This year it netted five new advisors.

“It’s still a little early, but it all lines up. As to how long until people start to move again, there’s a lot of variables,” Katz said, not the least of which is the uncertainty around how long, and how deep, the economic fallout from the pandemic lasts.