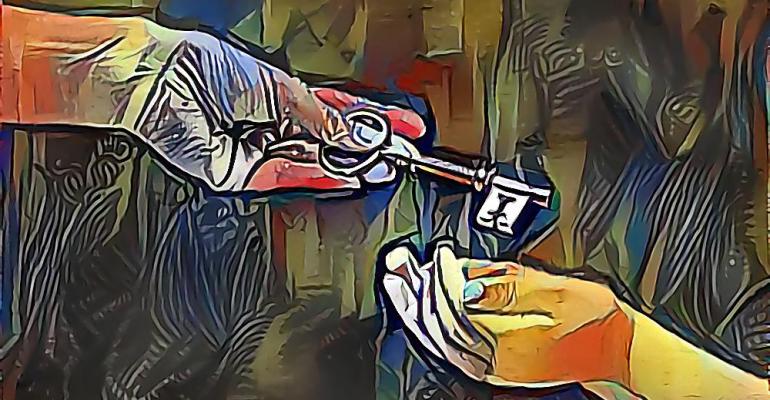 The large broker/dealer network is gaining traction with its succession planning program and will launch a website, a la Match.com, later this year, to help buyers and sellers connect.

81 percent of Advisor Group reps don’t have a succession plan in place, yet 42 percent of them plan to retire within 10 years, according to a survey conducted by the firm. When asked why they haven’t done anything more specific, the top reason was that they just hadn’t found the right person to pass their business to.

“How do we solve for people who are 25, 30, 35, 40 years in the business and looking for a succession plan?” said Jamie Price, president and CEO of Advisor Group.

The broker/dealer network launched its succession planning program a few years ago to support advisors looking for an exit strategy. The firm tapped Todd Fulks, former head of transactions at FP Transitions, as its senior vice president of succession planning and acquisition. In 2016, the firm helped close 100 deals for advisors, including 11 in December alone; so far this year, they've helped with 14 deals. More investments are planned for the program this year. A website is currently in the works meant to help even more buyers and sellers connect and will be available to the network’s 5,000 advisors in the second half of this year before rolling out to the broader industry, Price said.

The notion is to let advisors go on the site anonymously, if they choose, and begin conversations with other FAs about their businesses and their plans before taking a more formal introductory meeting. The site will also provide advisors with sample deal structures, valuation models, legal documents, case studies and financing options.

Price says the firm acts as more than just a matchmaker in these deals.

“We get involved in structuring, based on what the desires of the two parties are; we pull together our commissions and operations team to make sure that the transition of certain accounts and the transition of the business to the new advisors is smooth. We also work with each advisor on not only the papering of the deal, but the terms of the deal that protects both of their interests.”

“We’re essentially the facilitator in the middle helping them knock down the issues as it relates to finance, structuring, finding the right partner, what do they need to think about, how would they transition a book over, what period of time would they want to do it, etc,” Price said.

The recent merger of California-based NWF Advisory Group and WHJR Associates, supported by the Advisor Group platform, created one of Royal Alliance’s largest offices of supervisory jurisdiction (OSJ) with $2.5 billion in total assets and 70 advisors. 65-year-old WHJR CEO Wolfgang Remkes was "getting to a certain point in his life where he needed to consider his exit strategy," said NWF President and CEO Shehab Mohammad.

Advisor Group didn’t connect the two, but did support the process. “When you have two colleagues who have known each other for a while and are friends, it’s good to have a third party in there to [initiate] the process and get the conversations going,” said Mohammad.

OSJs often work with a business broker and pay them a fee to match up buyers and sellers. “But for us facilitating it internally, they forgo a significant amount of cost,” Price said.

One of the most helpful resources that Mohammad and Remkes used was simply the templates for the forms they had to complete, such as non-disclosures and purchase agreements. They could fill out on their own before sending to attorneys for review.

The going rate in Los Angeles is about $500 to $600 an hour to have an attorney review documents. Mohammad expects the Advisor Group program saved him 10 to 20 hours of time; Remkes says the support likely saved him at least $10,000 in professional costs. "Attorneys in Los Angeles are not cheap," Mohammad said.

In addition to savings, Mohammad believes the program is helping to address a larger industry problem: an aging advisor population on one hand, and a lack of new advisors coming into the industry on the other.

“Most of the time when you ask an advisor why they don’t have a succession plan in place, they say, ‘I just never really found the right person.’ Sometimes the right person is right in their backyard and they don’t even realize it.”