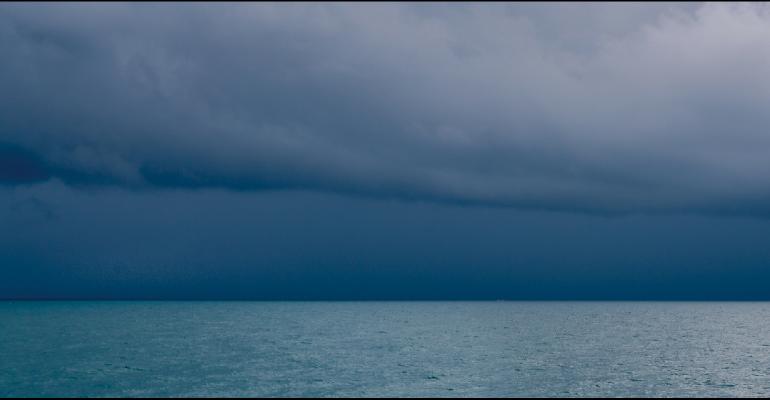 2019 was a great year for advisors at independent brokerages, but that may belie what's ahead for the channel if the economy continues to tumble.

Like many companies and organizations across the U.S., advisors’ businesses thrived in 2019, with the S&P 500 delivering a gain of over 28%. In Wealth Management’s annual survey of advisors at independent brokerages, the average rep said their annual production was up more than 12% in 2019, while assets under management grew an average of nearly 13% at these firms, in line with past years.

But the results, perhaps, belie what’s going on in 2020; the coronavirus has wreaked havoc on the global markets, and advisors’ businesses, largely based on assets under management and market appreciation, are suffering as well. Many investment gurus have called an end to the longest running bull market in history, which began before Registered Rep. magazine, the predecessor to this publication, launched its annual Independent Broker/Dealer Report Card survey in June 2011. We’ve seen bouts of volatility during those years, but for the most part, this survey has not yet captured advisor sentiment in the IBD space in bearish conditions—next year’s survey may tell a different tale. 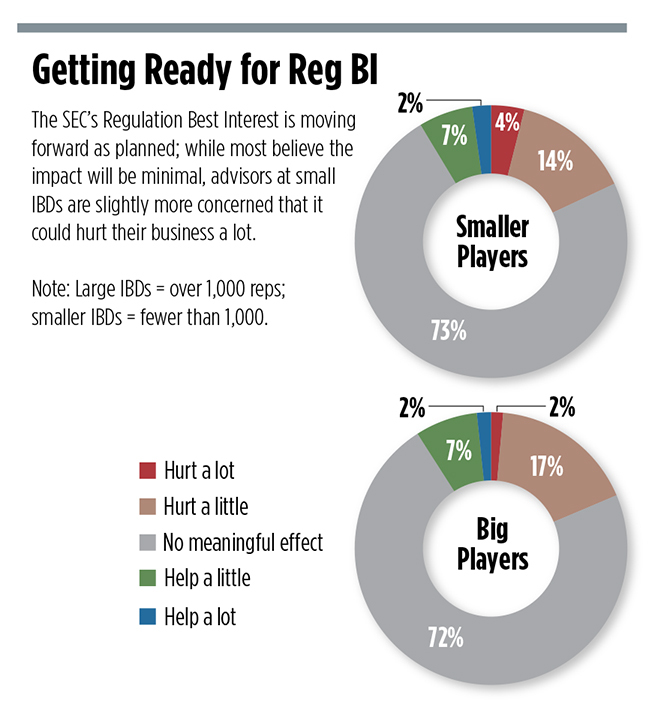 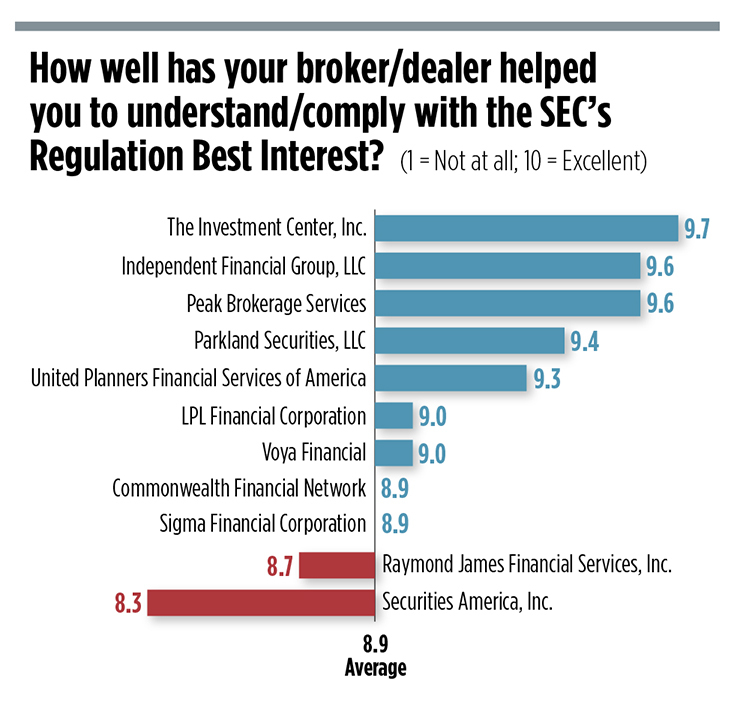 To date, IBDs continue to support their advisors across a number of key service areas, including regulatory and compliance. One sweeping change coming this year is the Securities and Exchange Commission’s Regulation Best Interest, with the agency holding firm on its June 30, 2020, implementation date, despite the impact of the coronavirus and an industry push to delay it.

While margins may be compressing, most IBDs are focusing at least some compliance resources on the SEC’s new requirements. On average, 73% of IBD reps expect the rule to have no meaningful effect on their businesses. Very few advisors expect Reg BI to help their business, but 17% of those at large IBDs (those with 1,000 or more advisors) and 14% of those at smaller IBDs (under 1,000 advisors) say it will hurt a little. Slightly more reps at smaller firms (4%) than large ones (1%) believe the regulation will hurt a lot. 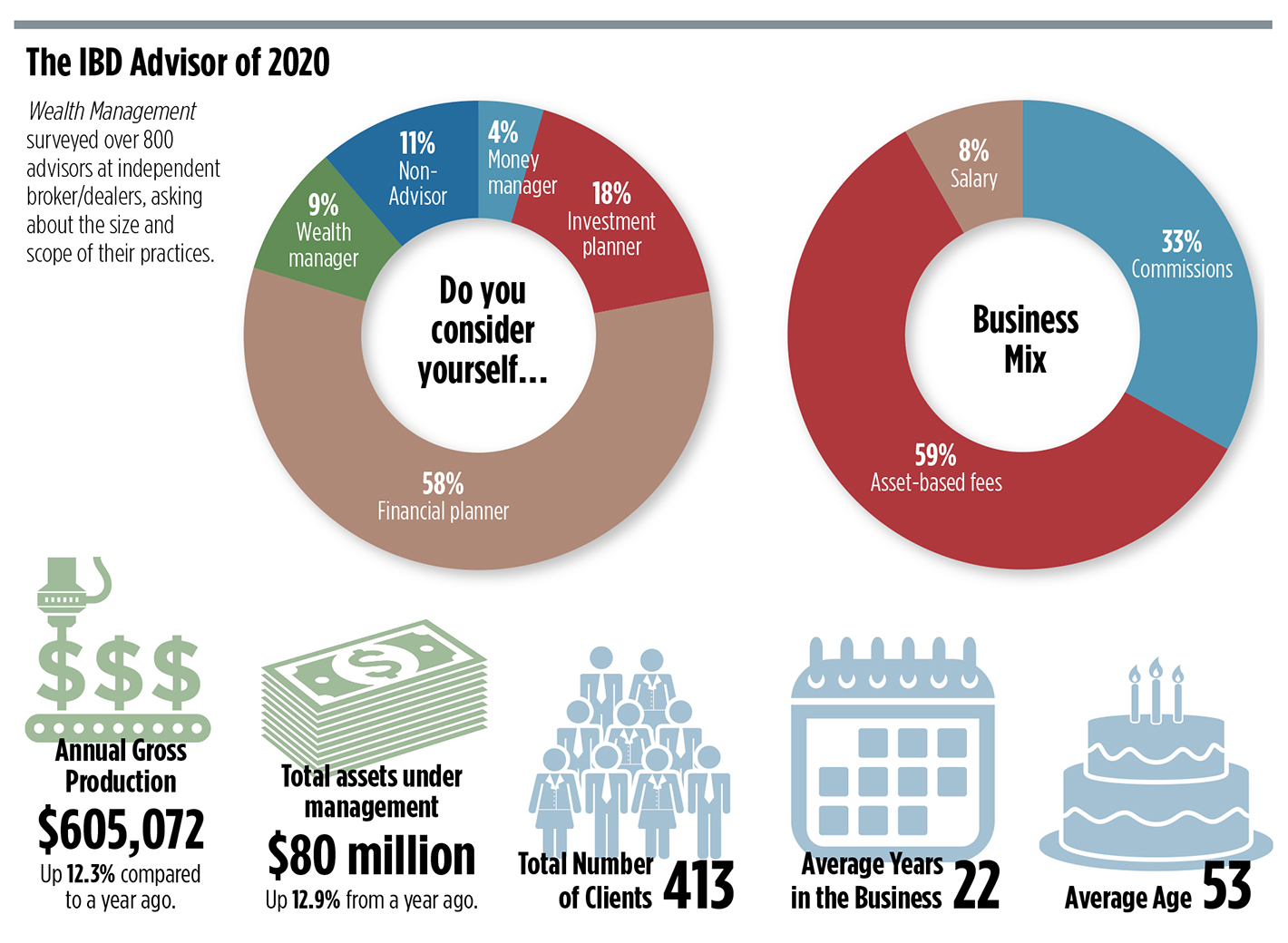 Overall, advisors gave their IBDs an 8.9 out of 10 in helping them understand and comply with Reg BI (1 = not at all; 10 = excellent). But, some firms garnered much higher scores for preparing reps for the implementation. IBDs scored an average 9.3 out of 10 for their compliance support overall.

As the conditions surrounding the IBD business change and become more uncertain, we can take comfort in the fact that the IBD business is maturing, and the data backs that up. When the first annual IBD Report Card survey was published in 2011, IBD reps had an average $47 million in AUM and production of about $360,000. 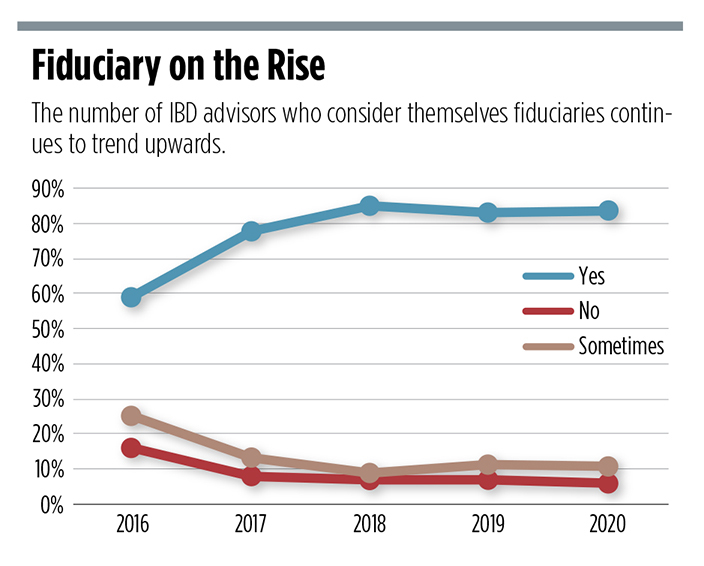 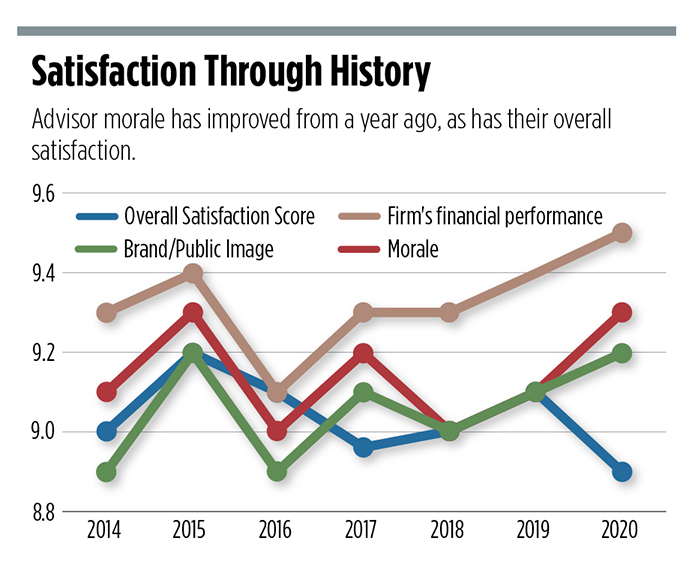 And while the respondent pool is likely different, today’s IBD advisor has an average $80 million in assets and annual production of about $605,000, according to the survey. IBDs’ mix of business has changed dramatically, with these firms looking more like large registered investment advisors than brokerages. There’s been a convergence of the two business models. In 2011, commissions accounted for nearly half of IBD advisors’ revenue mix; that has fallen to just 33% today, while asset-based fees represent nearly 60% of advisors’ businesses. 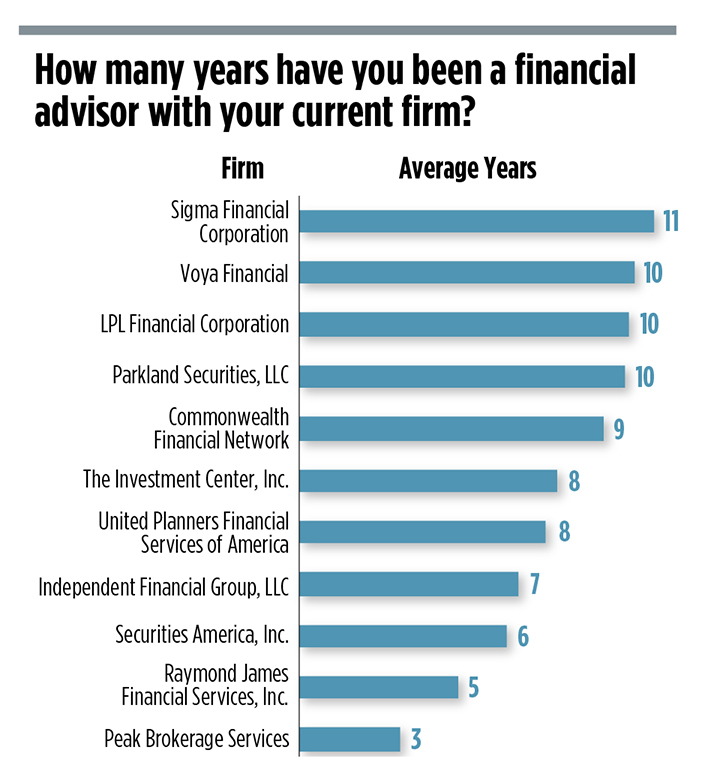 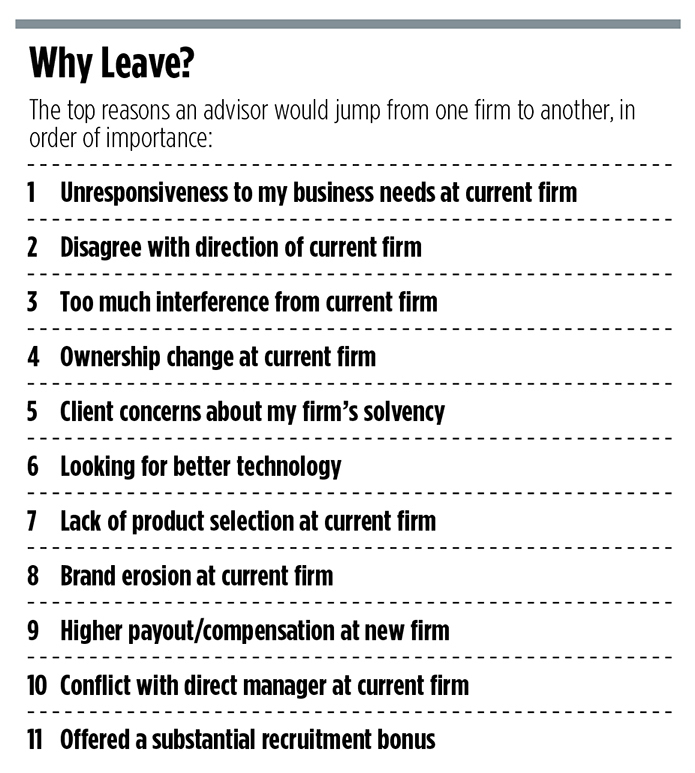 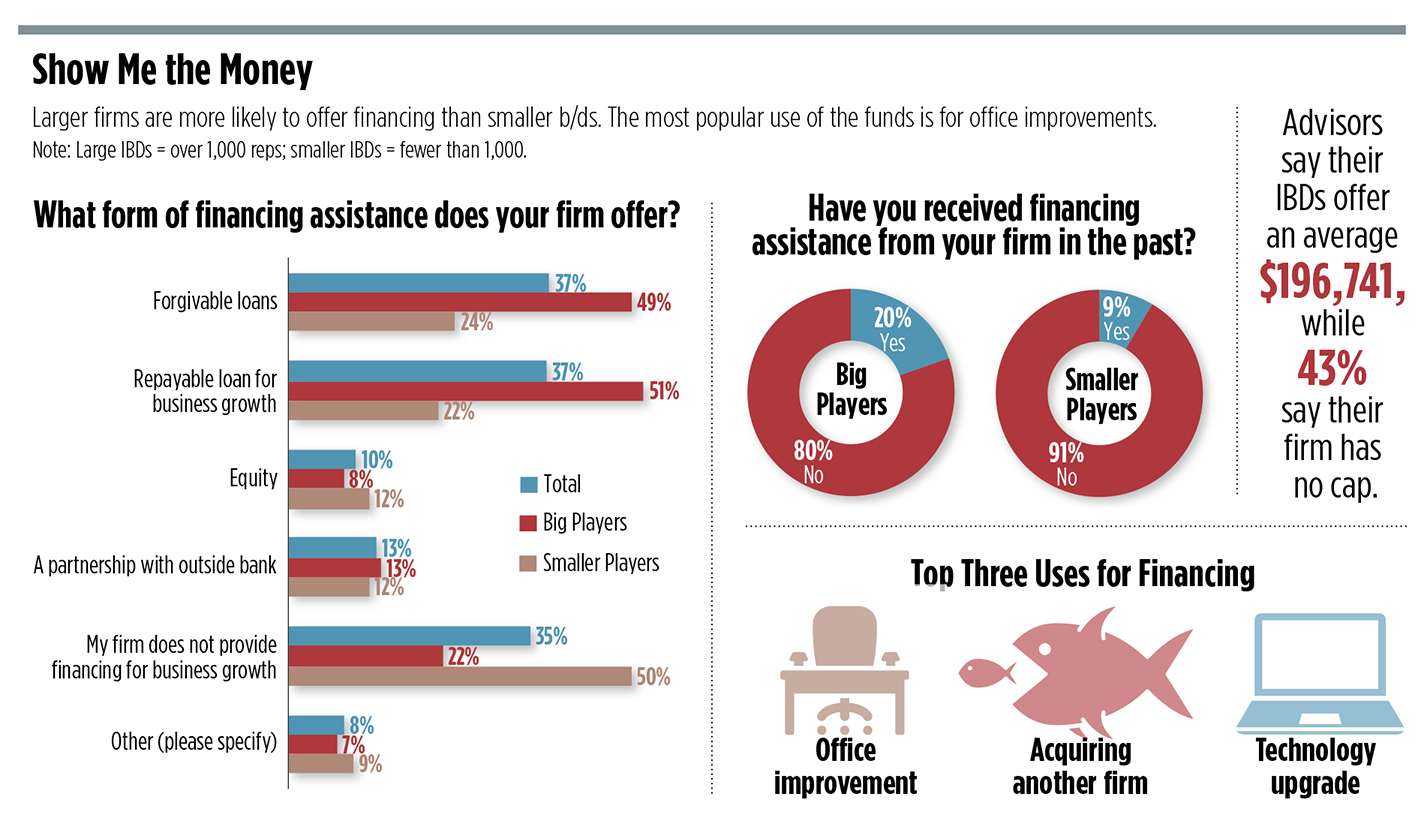 And as much as the brokerage industry has fought various fiduciary rules, more and more advisors in the IBD channel are operating under that high standard of care. In 2014, just under half (49%) of reps at IBDs said they considered themselves fiduciaries; today 84% are in that camp. 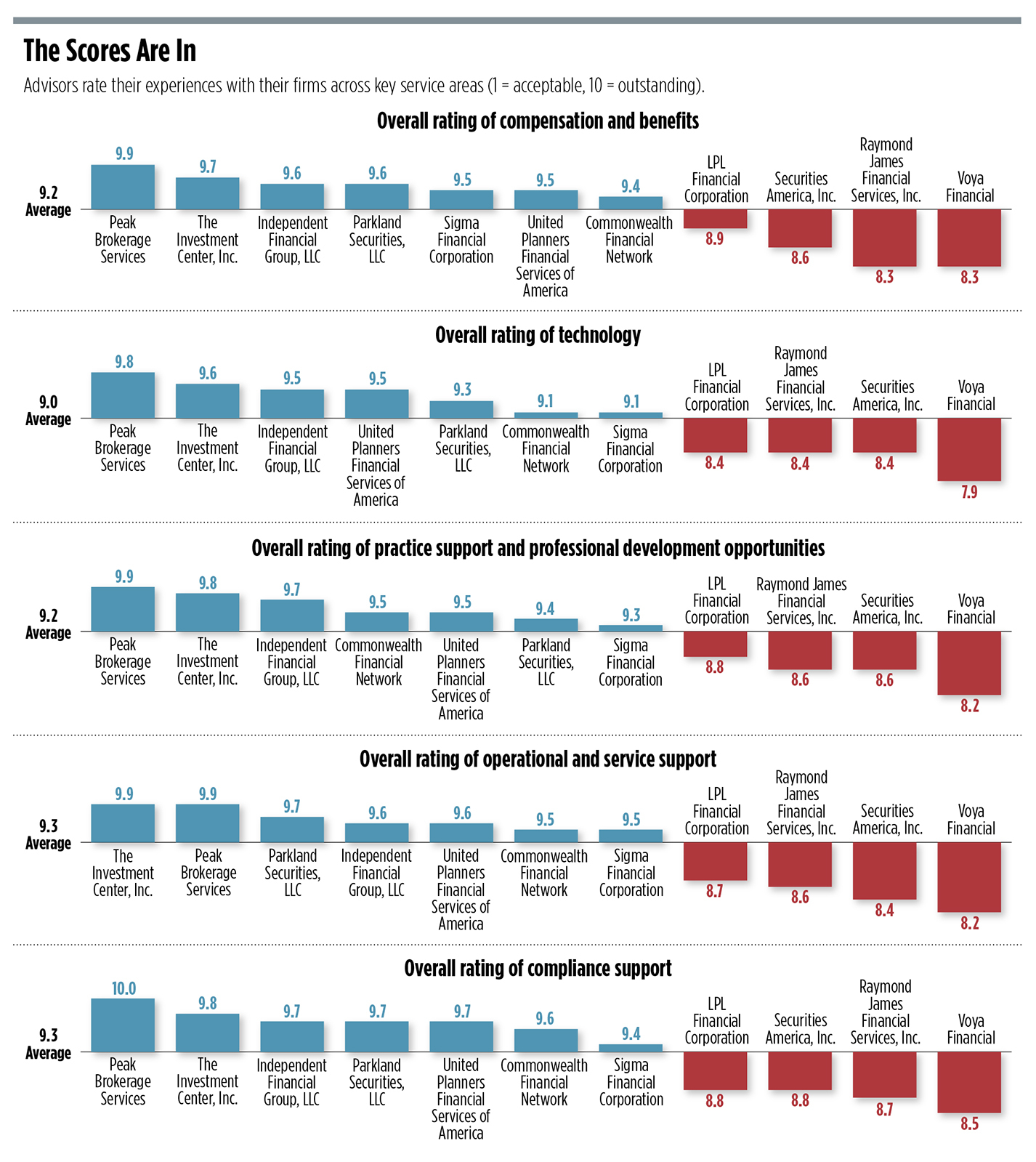