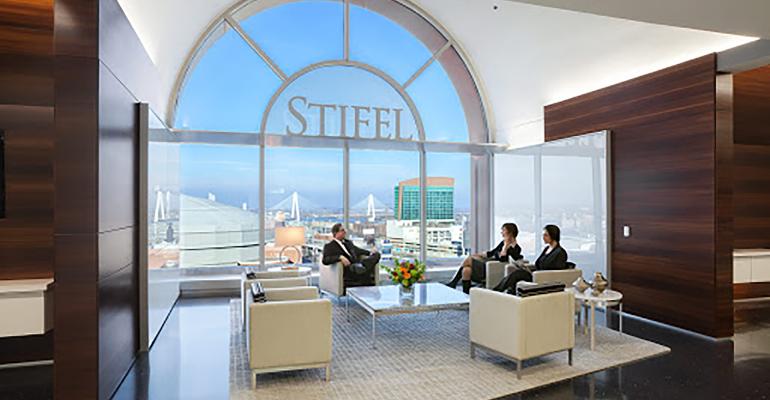 $1.35B in AUM Merrill Lynch Team Moves to Stifel

A Bank of America Merrill Lynch team bid its Merrill Lynch home of 11 years adieu for a new life at Stifel Financial Corp, according to a Tuesday announcement.

“They are considered to be one of the preeminent wealth management teams in Texas,” said Ron Kruszewski, Stifel chairman and CEO, and James Zemlyak, co-president, in a statement.

Robert DeBeer, managing director of investments, said the team found Stifel’s abilities tied in with his team's focus to “act as a family office” for its clients.

DeBeer, May, Hanna Wealth Management is one of many leaving Merrill for boutique firms such as Stifel, according to Louis Diamond, president of Diamond Consultants.

“Top teams used to stay because they were granted exceptions, given more freedoms based on their scale/tenure, and were treated specially,” said Diamond. “That has all changed in recent years as these teams feel like they are managed to the lowest common denominator and have lost many of the entrepreneurial privileges they once had prior to BofA.”

“Compensation plan changes tied to selling bank products, an increase in bureaucracy and compliance rules, and the push to standardize much of what an advisor does has really made it tough for top teams to thrive.”

Firms like Stifel, boutique or regional, have focused efforts on aggressive recruitment packages to scoop up the prospective talent looking to leave, according to an industry observer. Stifel’s supportive framework is also impressive, said Frank LaRosa, CEO of Elite Consulting Partners in an email: “Many wirehouse guys are surprised to see that Stifel has a robust platform that handle high-net-worth clients.”

This is Stifel’s first recruitment announcement for the new year. The firm closed out 2020 with 2,280 advisors, including 93 independent contractors, and 450 locations. Stifel manages $357.4 billion in client assets.