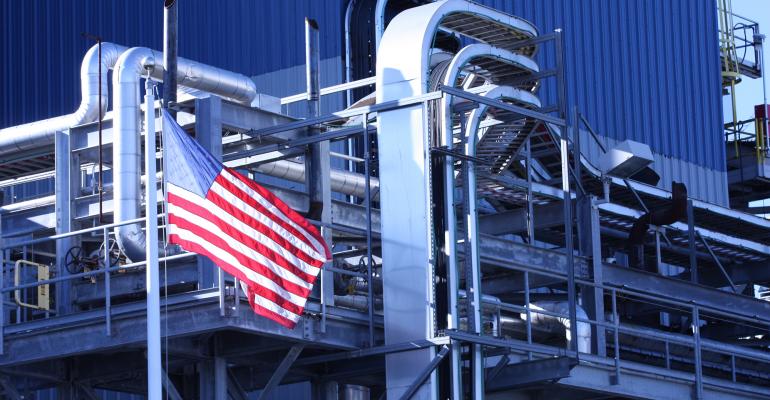 What Challenges Do Manufacturers Face When Looking at Onshoring?

Sufficient power and water supply, as well as availability of highly skilled labor, are among the factors driving site selection.

Monthly labor costs, which range from a high of $5,000 in the U.S. to a low of $550 in Vietnam, are still a priority for manufacturers of low profit margin consumer goods, including cosmetics, shoes, toys and electronics, says Jackson. That’s because those manufacturers are more flexible and can scale up quicker than producers of high-value goods, which invest significant capital in manufacturing facilities and high-tech equipment and require a highly skilled labor force.

Related: Onshoring of Manufacturing Facilities to Drive Up Industrial Demand in the Midwest and Sunbelt Markets

However, as a result of previously mentioned factors plus local economic incentives and sourcing capabilities, there is currently a trend to de-globalize manufacturing worldwide with localized production, Jackson notes.

A lot of the manufacturing expansion in the U.S. is happening as a result of the drive toward risk mitigation, according to Seth Marindale, senior managing director, Americas consulting, with commercial real estate services firm CBRE. “While companies won’t completely remove production from abroad, I believe they are moving some production capacity to the U.S. to avoid potential risks, such as port closures, political issues abroad, potential for more COVID-19 lockdowns and increased shipping costs,” Marindale says.

Related: Why Industrial Development Costs Have Continued to Spike

The increase in U.S. manufacturing capacity began prior to the onset of the pandemic. In 2018, the share of manufacturing grew to 11.39 percent of the nation’s GDP, even while manufacturing employment dipped to just 8.51 percent of the U.S. workforce due to a shift from labor-intensive production to automation, according to the National Association of Manufacturers.

During 2020, most U.S. manufacturers slowed down production primarily to deal with supply chain issues, notes Jackson. By 2021, however, production rebounded and the number of manufacturers seeking facilities to rent or sites to develop to re-shore or expand operations accelerated.

The biggest high-value manufacturing boom on the horizon is in electric vehicles (EVs), according to Jackson. Five to seven EV plants and adjacent EV battery production facilities, valued at between $2 billion and $7 billion, are already underway, he notes, and the same number or double that are in the planning stages.

Leasing in the U.S. manufacturing sector has doubled in the last 18 months, according to John Morris, president and leader of Americas industrial and logistics with CBRE. The overall volume of manufacturing site selection has increased significantly over the last year and a half, adds Marindale. “Our clients typically do not advise us on whether or not they are actually relocating production capacity from abroad back into the United States, but that said, I’d assume there is a considerable amount of that happening.”

Some of the biggest challenges for companies re-shoring production facilities or increasing their manufacturing capacity stateside are labor shortages and rising power and transportation costs, as well as community opposition, according to Morris, who notes that some communities would prefer not to have manufacturing facilities close by.

“Labor shortages and rising construction costs are definitely problems, but the biggest problem we’re running into now is finding enough sites that are adequately prepared for manufacturing facilities,” says Marindale. “This typically means large contiguous plots of land with heavy infrastructure already in place, including water, gas and sewer. If any of these infrastructure components are not in place or do not have adequate capacity, it typically pushes back the timeline.” This tends to be a problem for most companies, given that their goal is increasing production capacity as quickly as possible, he adds.

Decisions on which locations to choose typically involve a combination of lower costs, a business-friendly environment and available sites, notes Marindale, adding that areas of the country with lower costs that have made an effort to be business-friendly have seen much success.

“It is true that as industrial growth picks up, some communities have been less aggressive in pursuing/supporting heavy manufacturing projects,” he says. “This comes in the form or more pushback at public meetings, sometimes projects not getting enough votes for permits or zoning changes and reduced economic incentive support.”

In addition, a shortage of heavy power for manufacturing is a huge concern, according to Morris. “If we can’t find ways to improve the power grid and provide more capacity, some of these projects may lose viability.”

In different regions of the country, a lack of sufficient infrastructure is tied to different issues—for example, water in the West and gas in the Southeast, says Marindale. “But, in general, it’s difficult to find sites with availability of adequate power, water and other necessary infrastructure to support manufacturing growth,” he adds.

This is even more challenging in markets with an influx of major manufacturing users and data center development, as both are taking up large amounts of the available power and water supply, Marindale adds. It takes time to create new power generation or to access new sources of water, so the more growth occurring within a market, the bigger the concern.

Another major implementation challenge for companies re-shoring manufacturing facilities is establishing a local vendor portfolio, according to Smith, as manufacturing operations are vendor- dependent for primary inputs, such as raw materials, sub-assemblies and semi-finished goods.

Location of manufacturing facilities is industry-specific, says Jackson, noting for example, that auto manufacturers are still largely based in Rustbelt states—Ohio, Indiana, Kentucky and Michigan, which have a large, highly skilled labor force. But over the last decade, car manufacturers have begun to move South to business-friendly, low-tax, non-unionized states, including Tennessee, Kentucky, Alabama, South Carolina and Georgia. Alabama, which has won the most manufacturing jobs over the past five years, was cited by Bloomberg for low wages and an unsafe working environment.

Smith predicts an explosion of industrial real estate investment in Midwestern states in the coming years due to the availability of land, lower cost of living and relatively affordable labor. “Moreover, I expect we will see an increase in cross-border imports from Mexico and Canada, decreased dependence on port-specific MSAs (Metropolitan Statistical Areas) and more emphasis on domestic manufacturing hubs—potentially in the Midwest,” he says.