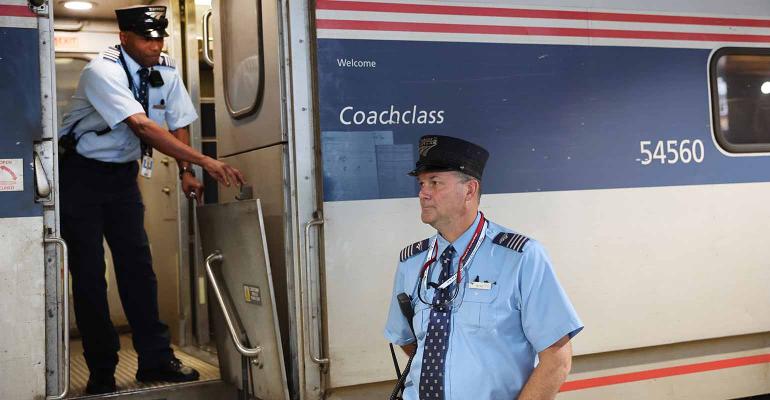 With job vacancies at almost double the number of job seekers, conditions have tilted toward workers in a way unseen in decades.

(Bloomberg) -- The key issue that almost triggered the first US railroad strike in 30 years and threatened to hobble the economy wasn’t wages, but sick leave, highlighting broadening worker demands in a tight labor market.

Union leaders and railway companies agreed Thursday on a deal that includes language allowing workers to take time off for doctor appointments, hospitalization or surgeries, on top of a 24% wage hike over five years.

About 125,000 rail workers will vote on whether to ratify the deal, which was brokered by the Biden administration, in coming weeks. That will serve as a gauge on how sensitive the issue remains in the wake of the tentative agreement. 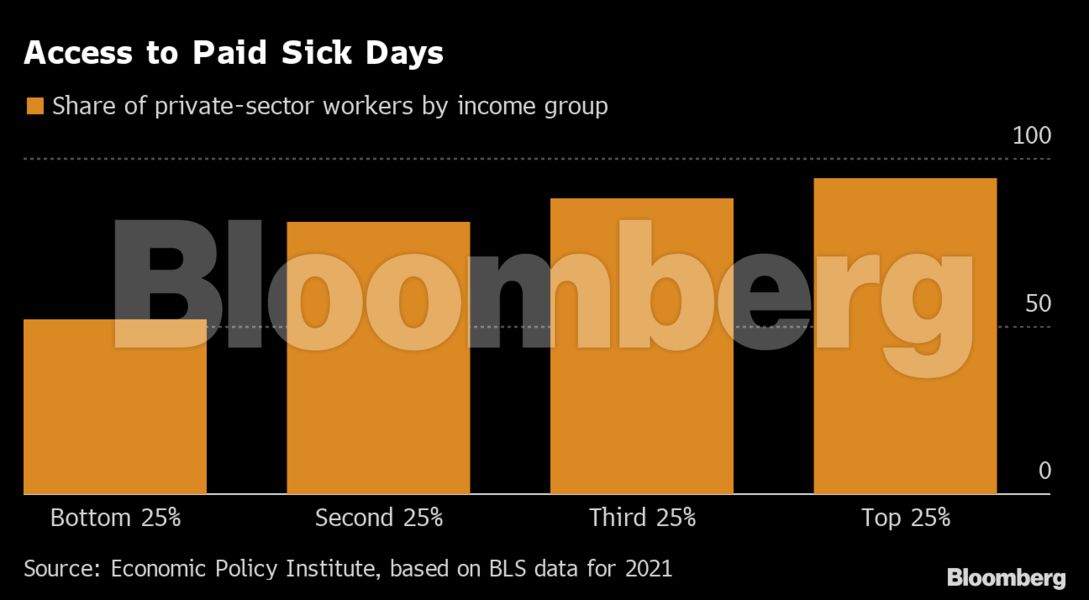 With job vacancies at almost double the number of job seekers, conditions have tilted toward workers in a way unseen in decades. Employees in many industries are pressing not just for wage gains to cover the surge in the cost of living, but also supplementary benefits that, in some cases, companies have long denied.

Basic medical time off and other benefits have increasingly been a focus for American workers. This year alone, health and safety issues have driven more than 150 labor actions -- including strikes and walkouts -- according to Cornell University’s Labor Action Tracker.

“The employer could always throw a little more money to wages, but these kinds of changes are more complicated, and they’re less willing to do that,” said Kate Bronfenbrenner, director of labor education research at Cornell University, underscoring the importance of the latest deal. “They’re the kind of issues that really motivate workers to take action.”

Democrats attempted unsuccessfully to include four weeks of paid parental and medical leave for workers who don’t receive such a benefit from their employers in legislation over the past year. The US stands out from developed-country peers in lacking that sort of a leave policy, according to the Bipartisan Policy Center.

Read More: Biden Rail Deal Adds to His Political Gains -- Unless It Falters

Some rail workers including engineers and machinists tend to engage in long shifts and often spend weeks away from their families. Unions representing these workers doubled down on health and safety benefits throughout the two-year long negotiations.

Brian Deese, the director of the White House National Economic Council and one of the brokers in getting the tentative railroad agreement, said of the deal that “stability on the health-care side is obviously a very important issue.”

“For the first time at the bargaining table, these parties are addressing the issue of how, and in what context, these workers can take time off to go to the doctor or deal with illnesses,” Deese said Friday on Bloomberg Television’s “Balance of Power” with David Westin.

For the employers, it will prove “a powerful tool for companies to retain and recruit workers -- these companies need that,” Deese added.

A spokesman for the National Railway Labor Conference, the organization that represents major freight railroads, didn’t respond to requests for comment.

For his part, the top Republican on the House Transportation and Infrastructure Committee, Sam Graves, welcomed the deal for avoiding a shutdown of the US freight-rail system that would have damaged the economy. 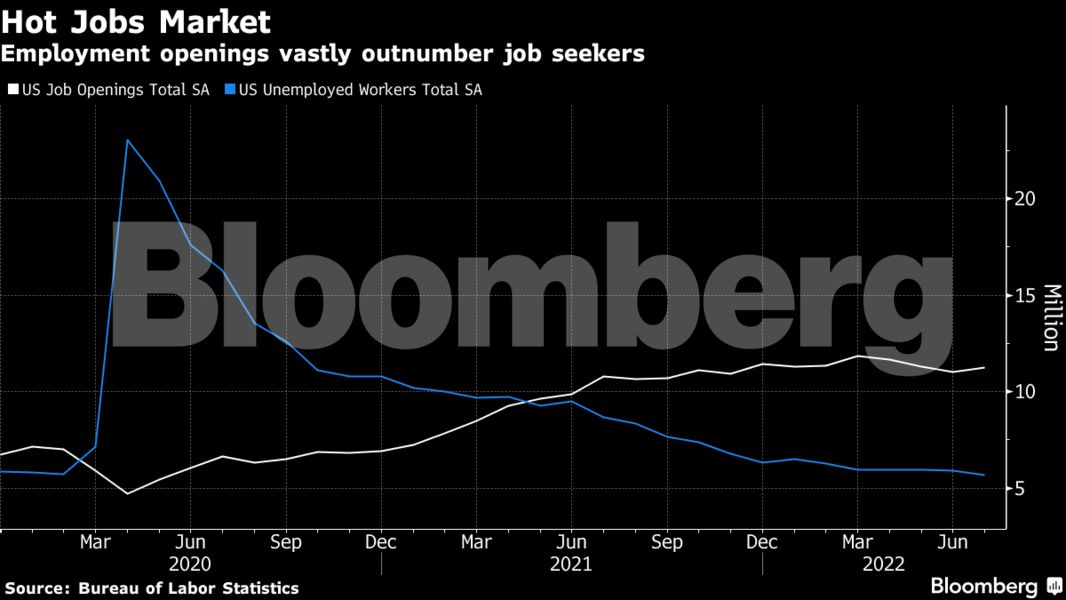 The importance of sick -- and parental -- leave was highlighted during the Covid-19 crisis, when workers without access to such benefits were left vulnerable to job loss if they opted to take care of their own or family members’ health, or were forced to risk their health.

Only 59% of workers in low-wage, service-sector roles had access to some form of paid medical leave as of March 2021, government data show. And fewer than half of part-time workers receive paid sick leave.

Sam Abbott, a policy analyst at left-leaning think tank Washington Center for Equitable Growth, sees the potential for an increasing number of strikes to obtain benefits as workers grow concerned about job quality and health, in addition to wages.

About two-thirds of Americans have worked while sick and it leads to productivity losses of about 20% and an increased risk of leaving a job or suffering a workplace injury, economists have found. The usual US worker takes only one absence day per year.

“These productivity costs over time really can be more expensive than the cost of these workers not showing up at work or the medical treatment itself,” said Abbott, who focuses on family economic security.

The railroad labor action is a reflection of the larger moment happening across our country, according to Liz Shuler, president of the AFL-CIO, the largest US labor federation.

“Workers are standing up and speaking out against toxic work environments and demanding better treatment,” she said.

--With assistance from Alex Tanzi and Ben Holland.