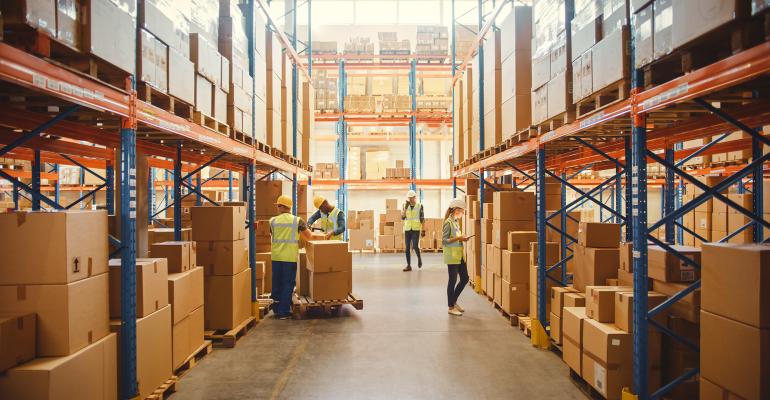 With scarce space available and rents continuing to rise, industrial tenants are forced to do whatever is necessary to secure leases.

Through most of the pandemic, the U.S. industrial sector has been performing so well that both rents and prices have been nearing records. But a recent report from the logistics giant Prologis highlights just how intense the competition for space has become, noting that the logistics space in the U.S. is “effectively sold out.”

A third quarter report from the firm noted that U.S. industrial net absorption reached 115 million sq. ft. in the third quarter, representing a doubling from a year-ago, while the national vacancy rate hit a record low point of 3.9 percent.

At the same time, extreme competition for modern industrial product pushed the average national rent growth in the sector to 7.1 percent, while rent growth in densely populated markets and near ports of entry is now in the double digits, with Prologis expecting a continuation of these trend in the near future.

Related: Within an Already Favored Sector, Industrial Big Boxes Are Highly Prized by All Types of Investors

Industrial development was at a record level in the third quarter, but demand for warehouse space still exceeded supply by 41 million sq. ft., according to a third quarter report from real estate services firm CBRE. The firm noted that new space deliveries during the quarter totaled 79.3 million sq. ft., while 448.9 million sq. ft. of space was under construction. But even with a record amount of new supply on the way, “The truth is the industrial markets are red hot, and any kind of cooling will take substantial time. Industrial will remain the most sought-after asset class for the foreseeable future,” noted Cushman & Wakefield’s Americas Head of Logistics & Industrial Research Carolyn Salzer in an official statement.

Industrial leasing brokers say that due to the scarcity of supply, industrial tenants are making decisions quickly, renewing leases ahead of schedule and pre-leasing new space in advance of need. They are also being more flexible than in the past about the types of building and location they are willing to consider.

“I can’t remember a time when it was ever this difficult for tenants to find and rent space,” says industrial real estate veteran Frederick Regnery, principal at real estate services firm Colliers International and national leader of the firm’s logistics and transportation group. He adds that the space shortage is driving up rents at such a fast pace that it’s difficult to quote current rates.

Tenants are attempting to renew leases far ahead of schedule to secure the best rate, he notes. For example, he cites a food industry client in the Inland Empire that renewed a lease two years in advance. The client is currently paying $0.50 per sq. ft., but the rent will increase to $0.90 per sq. ft. in 2023. Even with the $0.40 per sq. ft. rent hike the client considered this a good deal, Regnery notes, because otherwise it would have been $1.20 per sq. ft.

For the same reason (rapidly rising rents), some landlords are telling tenants to wait until their lease nears expiration and then “I’ll tell you the rent.” In addition, Regnery says that unlike in the past, when spec developers aggressively pre-leased space, some are now waiting until a project is nearing completion to see how far market rents have moved.

“Landlords have the upper hand and are flexing their muscles, so to speak,” says Jessica Ostermick, director, industrial & logistics services, with CBRE Capital Markets. She notes that only one or two warehouses over 250,000 sq. ft. are available in any market at any given time. “This is putting users in a corner when making decisions.”

Leasing decisions used to be process-driven, but industrial end-users no longer have that luxury,” according to Regnery, as those decisions now have to be made very quickly. He says that users used to visit multiple sites before selecting a location, but they are no longer waiting. “They have to say yes right away to secure space.”

Similarly, Brian Banaszynski, regional partner—Northeast, at Transwestern Development Company, says that the company is seeing industrial tenants make commitments earlier in the construction process than they did before. Tenants are also leasing more space than they currently need as a cushion against the supply and demand disconnect, according to Osternick.

“Users are casting a wider geographical net, going into submarkets that aren’t their first choice,” she notes. In the past, tenants sought warehouse space within a 20-mile radius of their customer base, but they now are amenable to a 50-mile radius, adds Regnery.

Tenants are also facing difficulty securing the type of buildings they want and often end up splitting their leasing requirements between two locations to compensate, Osternick notes. A global client of Regnery’s, for example, lost out on a 1-million-sq.-ft. facility due to competitive bidding and ended up renting two adjacent, 500,000-sq.-ft. facilities, which he notes is not operationally ideal.

In addition, Regnery says that the due to shortage of available space many warehouses are operating at overcapacity. To cope, tenants are finding creative solutions, like restacking warehouse inventory and raising warehouse roofs, according to Banaszynski

For example, Transwestern Development Co. recently completed a full-building, 150,000-sq.-ft. roof-raise from 14 feet to 36 feet on an industrial facility, while updating all buildings systems to modern standards.

Banaszynski also notes that the space shortage is driving multi-story warehouse construction in some dense urban markets, like New York and San Francisco.

Speaking at the “Groundbreakers 2021: Breaking New Ground” conference, Prologis CEO Hamid Moghadam noted that a major challenge to increasing industrial supply is securing the necessary rezoning of sites to industrial use due to community concerns about the impact of diesel pollution and increased traffic congestion in urban neighborhoods.

Ostermick notes that according to a 15-market study by CBRE, land prices and/or difficulty in securing project approvals for industrial facilities increased in recent years. Local opposition, particularly by community groups, has doubled timeframes for securing permits in some places, which extends construction timelines and makes projects more costly for developers, driving up rents, she notes.

To help alleviate some of the community groups’ concerns, more tenants are beginning to deploy electric vehicles for deliveries and/or installing solar panels on warehouse rooftops, she says.