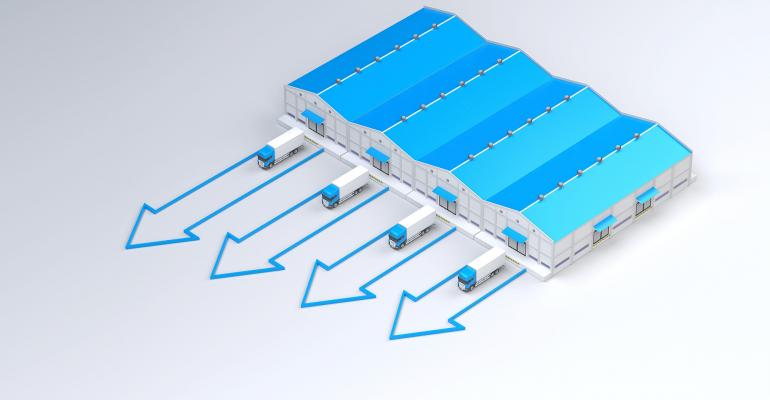 Some Institutional Investors Are Pulling Out of the Industrial Sector. Here’s Why.

The pandemic caused many institutional investors to switch their focus to industrial properties. Now that interest rates are rising, they are changing course again.

Today, demand for industrial space continues to outpace supply across all U.S. markets. In fact, space absorption in the sector is expected to reach a new record this year, according to Indianapolis-based Alex Cantu, executive vice president with commercial real estate services firm Colliers International.

In the second quarter of 2022, industrial investment sales volume totaled $35.4 billion, an 8 percent increase over the same period in 2021, according to real estate data firm MSCI Real Assets. While positive, that growth was far behind the 40-plus percent increases in multifamily and retail sectors. In addition, the number of industrial properties trading hands declined by 24 percent year-over-year, to 1,939.

During the worst of the pandemic, institutional investors viewed industrial real estate as a minimal-risk, proxy trade, even though commercial real estate allocations may not have been their primary target, Follini notes. As a result, sovereign wealth funds through Blackstone, Apollo and others dumped huge amounts of capital into the sector, driving prices up to record levels.

“Now that trade is unwinding, and they are rapidly divesting of the same industrial assets to reallocate capital to Treasuries, thus flooding the marketplace with for-sale assets—we are seeing 10 large industrial deals per week,” Follini says.

Because of the Fed’s rapid rate hikes, “This dramatic increase in borrowing costs caused a sudden upward move in cap rates and reduction in asset pricing,” adds Cantu. “Moving into the late third quarter, the bid-ask spread has remained wide, with few deals pricing.”

Institutional investors are trying to find the new pricing level and as a result, are currently staying away from pursuing transactions in gateway markets, according to Cantu. Instead, private buyers and family offices have taken the place of institutional buyers. “Bid lists are temporarily smaller, but are anticipated to be back to historical levels by the fourth quarter,” he says.

According to the Commercial Property Price Index tracked by MSCI Real Assets, prices on industrial properties rose by 26.9 percent year-over-year. The hedonic cap rate in the sector moved down 40 basis points over that time period, to 5.1 percent.

Now, uncertainty about where the economy is headed and the toll that inflation might take on yields are also affecting industrial investment activity, according to Pontius. “Compared to six to nine months ago, competitive bidding depth has calmed [down] and pricing aggressiveness has moved away from peak levels,” he says. He notes, for example that depending on the asset composition and location, a deal that might have had 20 competitive bidders before would likely see half or even fewer of those bids now.

These concerns have resulted in widening spreads between primary, secondary and tertiary markets, Pontius says, noting that the smaller the market, the higher is the perceived risk and the higher the expected returns to compensate.

Assets with just a couple years left on the lease, on the other hand, are benefiting from inflationary conditions, as rents would adjust to an inflated market rent when the lease expires, Pontius notes. “These assets will attract the intensity of attention much like at the height of the market, and bidding would be relatively unchanged from six to nine months ago.”

In Follini’s view, the downward pressure on warehouse values is the result of large institutional investors placing large amounts of capital into one asset class during the pandemic’s extremely accommodative monetary policy period.  That drove asset prices artificially high, he notes, while the low management profile of big-box warehouses allowed them to serve as a risk-free investment option.