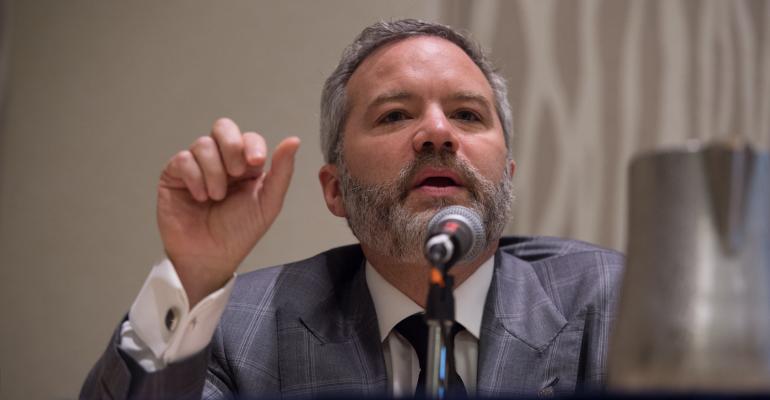 RCS Capital Corp. (RCAP) executives worked to assure shareholders of the company’s stability during its third quarter earnings call Thursday, saying that its financials are solid and that several broker/dealers have lifted suspensions of products distributed through its wholesale b/d business.

“We take the perception issues surrounding RCS Capital very seriously, and we’re working tirelessly with our shareholders to set the record straight and communicate the competence that we, our advisors, broker/dealers and partners have in the long-term value of our platform,” said CEO Michael Weil.

As of 3:25 p.m. eastern time, RCAP’s stock price was up 1 percent. Since Oct. 29  (when sister company ARCP’s announced its accounting errors), the firm’s stock has declined 42 percent.

At the end of October, RCAP’s sister company American Realty Capital Properties (ARCP) announced a $23 million accounting error. Of the 31 investment products that RCAP distributes through its wholesale broker/dealer, 14 of them are affiliated with American Realty.

Since the error was announced, several broker/dealers, including LPL Financial, AIG Advisor Group and Cambridge, have suspended sales of ARCP products. Fidelity, Schwab and Pershing have recently followed suit, according to published reports.

But RCAP expects the majority of the suspended selling agreements to be reinstated by year-end, Weil said.

“Our largest broker/dealer from an equity standpoint raised at RCS Capital was less than 7.5 percent, so as these broker/dealers lift their suspension, we will have immediate access to the larger pool of advisors,” Weil said. “No one broker/dealer represented such a significant amount of our business that we hinge on if and when they come back.”

To lift their suspensions, b/ds are looking for confirmation of the independence of each of these companies, reliability of their financials and that their 10Qs are being filed this week on time, said Bill Dwyer, CEO of Realty Capital Securities.

RCAP recently enlisted the help of external counsel and an outside forensic accounting firm to conduct a review of its own financials. The review found that its financials, accounting and internal controls for the nine-month period ending Sept. 30, 2013 are accurate. Financial statements for the fourth quarter 2013 are certified by the firm’s Chief Financial Officer Brian Jones.

American Realty filed a lawsuit against RCAP this week over RCAP’s termination of the deal to acquire Cole Capital.

“The RCS Capital board of directors, after appropriate deliberation, including consulting with and advice from legal counsel, and based upon their review of the facts and circumstances determined that the termination of the agreement was appropriate and in the best interest of our shareholders,” Weil said on the conference call.