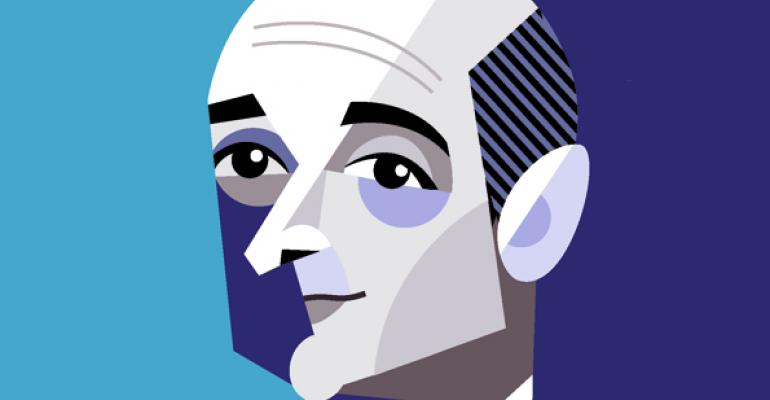 On the heels of the firm’s latest acquisition of independent broker/dealer VSR Financial, RCS Capital Corp. (RCAP) reported adjusted net income of $42.6 million, or 49 cents a share, for the second quarter, up 12 percent from the same period a year ago. Revenues were up 22 percent to $825.7 million.

During a second quarter earnings call Thursday afternoon, RCAP executives said the firm had completed all five previously announced acquisitions of broker/dealers, including First Allied, Cetera, Investors Capital, Summit Financial Services and J.P. Turner. Executives are now focused on integration, and so far the firm has retained 97 percent of its advisors (based on gross dealer concessions), said Bill Kahane, CEO.

Not including VSR, RCAP currently has 9,200 advisors and $214 billion in assets under administration, up 3 percent over the first quarter of this year. The firm recruited 272 advisors during the quarter for a net gain of 34 FAs.

Total revenue in RCAP's retail advisory channel was up 7 percent in the quarter to $495 million, driven by strong organic growth and the boost in assets, Kahane said.

Overall, the firm expects run-rate financial benefits of some $57 to $65 million in 2014 as the acquisitions are integrated and benefit from economies of scale. Brian Nygaard, chief operating officer, said $27 to $30 million of that will come from strategic partner relationships.

“The scale and reach of our network of broker/dealers allows us to fundamentally improve our strategic partner relationships, which include the leading sponsors of mutual funds, annuities, and alternative products, resulting in greater revenue opportunities as compared with when the firms operated independently,” Nygaard said, on the earnings call.

Specifically, the firm plans to restructure its clearing agreement with Pershing to achieve better pricing.

Some have speculated that the firm may eventually go self-clearing, including Chip Roame, managing principal of Tiburon Strategic Advisors.

“I really would be surprised if they didn’t go self-clearing. It’s just a matter of if it’s forced or not,” said Jonathan Henschen, president of recruiting firm Henschen & Associates.

When asked about the possibility during the analyst call, Nygaard said, “Part of our ongoing discussion is essentially to try to create an environment where we have all the advantages of self-clearing from an economic standpoint, and can lever the capital we don’t have to invest in that towards value-added processes, products, systems that will help our advisors build productivity, serve their clients better and essentially build scale.”

Henschen said much of VSR’s profits were going to litigation fees levied by FINRA over the last couple years. In May 2013, the firm was fined $550,000 by FINRA for sales of alternative investments.

“It’s been tough for them to be profitable because of the litigation on alternative investments, for the most part,” Henschen said. “So this is probably a life preserver for them.”

Similar to First Allied, VSR has many high producing reps that focus on accredited investors and sell a lot of alternatives, he added. VSR’s advisor force has an average production of $380,000. About forty percent of the b/d’s revenue is fee-based, versus 50 percent from commissions. In WealthManagement.com’s 2014 Independent Broker/Dealer Report Card survey, VSR was ranked second for overall satisfaction among advisors.

RCAP has said VSR will be a tuck-in to Cetera, leaving some to question whether it can maintain its small firm culture.

“It seems as though they’re going to allow for those cultures to run autonomously,” said Ryan Shanks, CEO and founder of Finetooth Consulting. “As long as they can stay true to that, I think excellent, excellent buy on their part.”

Whether RCAP can compete with LPL Financial, the largest independent broker/dealer, will depend on whether the firm consolidates the back office operations and integrates the b/ds into one entity, Shanks said.

“You can go out and say, ‘We’re the second largest broker/dealer,’ but really folks who know the business, you could argue that you’re the largest network of broker/dealers that are somewhat bifurcated,” he said. “You have a bunch of these b/ds that are sort of underneath a holding company, and what are you going to do to make them all one? Maybe that’s the million-dollar question.”