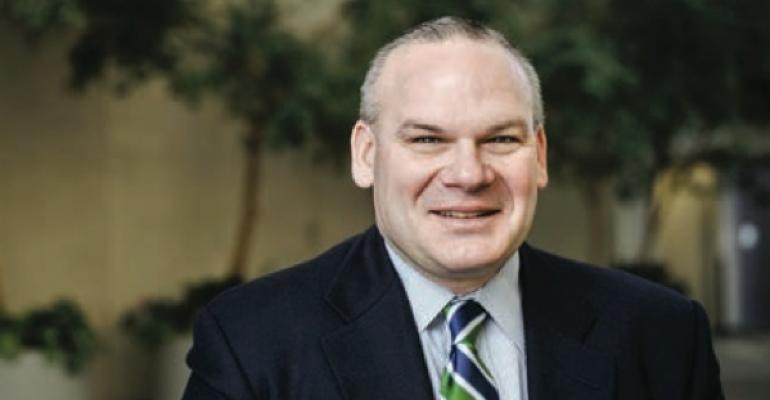 WealthManagement.com: Looking back over 2014 so far, how has recruiting been for Wells Fargo FiNet?

Rick Calhoun: Recruitment overall year-over-year is down, but I think that’s an industry trend not just related to FiNet. I think the positive we’ve seen is the quality of the financial advisor looking to join us continues to increase, so that is very exciting. The other thing too we’re seeing is that the cycle is taking longer and I think that has to do with the FAs having a few things happen to them. There’s a lot more choices if you think about where the industry has gone. If you were considering going independent, you had one, two, three, maybe four options. Now there’s so many different options, including hybrid-type options. I think that has really caused people to take a step back and do a really deep dive to understand what their options are. I think that’s a good thing because it creates a more informed advisor.

WM: Where are you seeing recruits coming from? Are many coming over from Wells Fargo Advisors Private Client Group?

RC: Not really, no. There’s a continued interest in our channel from the Private Client Group absolutely. But our growth has been from the traditional channels, Morgan Stanley, Merrill Lynch, UBS, Raymond James, and then the regionals like Stifel, Janney. That’s where the majority of our growth is continuing to come from.

WM: With that popularity of the hybrid-friendly firms, as well as aggregators who work in that same space, are you seeing any competition from shops like HighTower, Dynasty, Focus Financial?

RC: I wouldn’t necessarily say it’s competition because they’re different. HighTower is just starting to come out with their truly independent model. Dynasty is a great firm, but it really doesn’t offer the platform per se, it taps you into all these other firms’ platforms to help you build it. But an advisor who choses to affiliate with our model or a firm like ours is saying ‘I like the idea of being independent, I like the idea of being in control of service model, my business, but I also like the idea of the support and backing of a large firm.'

WM: What are some of the things that FiNet is working on to help with that support elements?

RC: There’s a couple of things. Kevin Kozuszek, our director of marketing and branding, has a few things he’s working on when it comes to social media. He’s got a great program he’s working on with LinkedIn and he’s got some interesting things he’s doing with Twitter right now. The firm also is in the process of rolling out a tablet app called Smart-to-Go that we’re excited about.

We look at our business as three sleeves of growth. The first sleeve is traditional recruiting. The second sleeve of growth is helping our financial advisors grow their existing business through events where we give them to have a different conversation with their clients, to change the lens on how they’re looking at the business. The third sleeve of growth is the M&A, succession growth model. The length of service in our channel is almost 20 years, that means you’ve got advisors who are seasoned. And they’re looking to us and saying ‘I need to think about that next generation.’

So we’re in a process of developing a program to help with that succession planning. We’ve got some things in place already, but we’re looking to expand them, offering opportunities to both to provide the younger advisor with the chance to buy a senior advisor’s book with financing from the firm, as well as opportunities for us to bring in newer, younger advisors. We’re looking to do some work with Craig Pfeiffer’s firm Advisors Ahead.