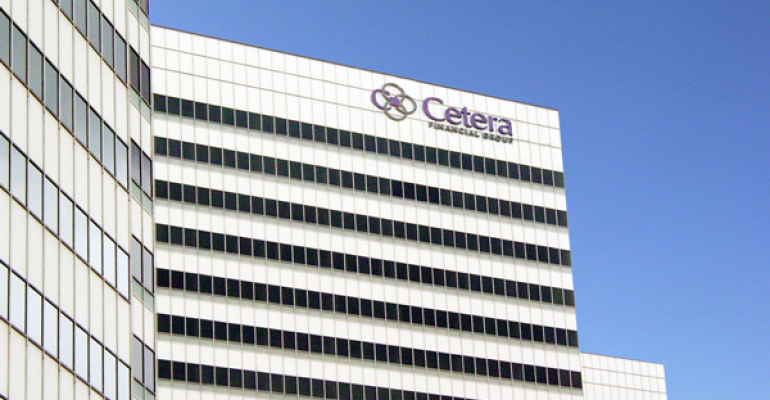 Cetera Gears Up for More Growth

Cetera Financial Group has hired away AIG Advisor Group’s David Ballard to serve as its chief operating officer in a move that sets up the firm for future growth through scaled operations and additional acquisitions.

Over the last year and a half, under the leadership of Nicholas Schorsch, RCS Capital, Cetera’s parent, has been patching together a network of some 9,500 advisors across 11 broker/dealers and, along the way, dealing with fallout from an internecine fued with, and eventual separation from, American Realty Capital Properties, an accounting-troubled REIT also founded by Schorsch (he remains an investor in both). Cetera is now focused on getting its leadership and operations strategy in place.

“Although there were some significant distractions last fall, they seem to have dissipated,” said Larry Roth, CEO of Cetera, the retail advice business of RCS Capital Corp. “We are now in execution mode.”

Monday's hire, Ballard, also brings experience integrating and streamlining operations across several b/ds though his role as AIG’s former chief operating officer, where he was involved in the acquisition of Woodbury Financial Services in December 2012. Ballard worked with Roth at Advisor Group prior to his departure to RCS Capital in September 2013.

“We want to work very hard on building a scaled enterprise so as other opportunities present themselves in the acquisition arena, we will be able to execute against them more quickly and take advantage of the economic benefits more quickly,” Roth said. “It is a pivot point.”

The firm is focusing on three initiatives going forward, Roth says, the first being the advisor experience and the firm’s ability to support them. The second priority is to take advantage of scale. The plan is to have Ballard, Chief Information Officer Muk Mehta and other senior executives work with Cetera’s proprietary systems and vendors to scale operations, so both the firm and advisors can run a smoother business.

The third area of focus is the overall risk management. “The rules are changing dramatically and we have more regulators than we’ve had in the past and we want to be a leader in managing risk,” Roth said.

Roth believes this increased regulation of the industry will bring more consolidation—not just among small and mid-sized firms, but among larger firms, where owners choose to sell out, rather than continue to run a b/d.

Potential acquisition targets could be those firms owned by insurance companies or private equity firms, which are largely short-term owners.

“We want to make sure we have this machine humming so that when those opportunities present themselves, we’ll be able to acquire them and plug and play, as opposed to going through a longer-term integration,” Roth said. “The independent advice business has an opportunity to grow over the next 15 to 20 years at a much more rapid rate than it has historically.”