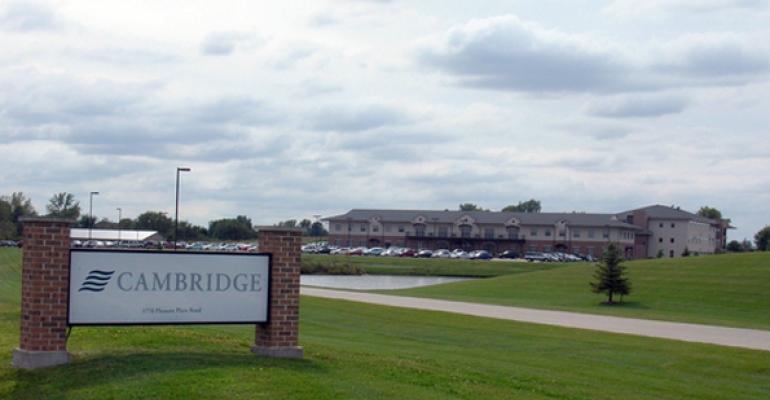 “Following a recommendation by our due diligence committee, and with the best interests of advisors in mind, we have temporarily suspended sales in three Cole products with the expectation there will be more clarity in the coming weeks,” firm spokeswoman Cindy Schaus said Thursday.

American Realty Capital announced last Wednesday that it had released inaccurate financial statements overstating its funds from operations and understating its net loss for at least the first and second quarters of 2013. The errors were reportedly intentionally not corrected, prompting Chief Financial Officer Brian Block and Chief Accounting Officer Lisa McAlister to immediately resign from their positions.

“Since ARCP's announcement regarding its accounting misstatements, RCAP's board of directors, led by its audit committee made up of its independent directors, and its management team have taken a number of steps to ensure the continued strength and financial integrity of RCAP's wholesale distribution platform and its overall business,” RCS capital said in a statement Wednesday. American Realty Capital is fighting the decision, saying in a statement RCS Capital had no right to do so.

When asked at the Schwab IMPACT conference for his reaction to the IBDs dropping some of this funds, Schorsch—who serves as executive chairman of RCS Capital and sits on the board of directors for American Realty Capital—said, “they have to do their due diligence and I understand that. I'm not distraught. Some just want to see a couple of quarters of 10-Qs…that makes perfect sense.”

RCAP added in the company statement Wednesday that those outside broker-dealers that have temporarily suspended sales are likely to reinstate the selling agreements. Additionally, RCAP is in discussions with its own broker/dealer and custodian network, providing information they are requesting in order to maintain distribution relationships.

During the panel discussion, Schorsch noted that alternatives account for 8 percent of RCAP sales, but added the idea is not to distribute alternatives through his advisors.

The continued erosion in share price of RCS Capital Corp. prompted the company on Wednesday to distance itself from American Realty Capital Properties. “RCAP reiterates that it and ARCP are two separate and independent public corporations,” the broker-dealer company said in a statement, noting it had separate management team, separate and distinct boards of directors, and perhaps most importantly, separate and distinct accounting functions.

Schorsch stressed the point further during the Schwab panel discussion, saying that ACRP was not part of RCS Capital. The names may sound similar, but they’re spelled differently, he joked, adding the similar tickers can make you “go nuts.”