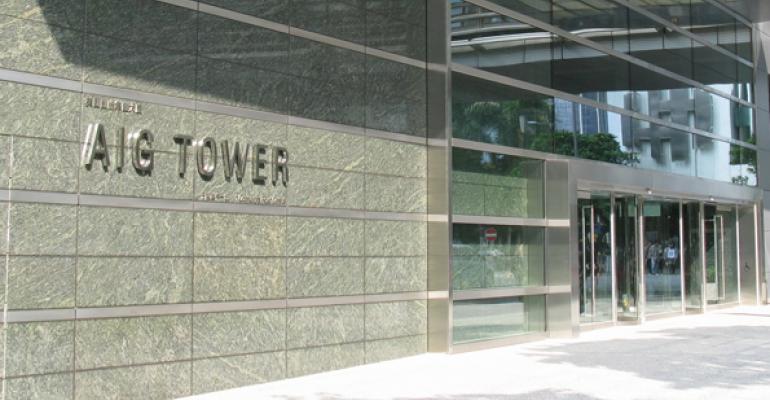 While most insurance firms have been selling off their broker/dealer subsidiaries, AIG has reportedly emerged as the most likely buyer of Woodbury Financial Services. But reactions to the potential deal were mixed.

Insurance firms go through cycles of buying and selling broker/dealer businesses. They’re currently in a sell cycle; ING, Genworth and Western & Southern have all divested their b/d units.

But things may be turning: Woodbury Financial Services, owned by The Hartford, is on the block. One of the likey acquirers? Another insurance firm—AIG.

“The insurance-owned broker/dealers are getting thrown into this bag where everyone’s making these generalizations that they’re not as good and they’re all going to sell off eventually because we’ve seen that pattern,” said Jodie Papike, executive vice president at Cross-Search. “For AIG to be able to step away from that group and say, ‘Look, we’re different; we’re growing this for the long run; we’re not going to sell off our broker/dealers,’ it makes them different.”

If AIG acquired Woodbury, the combined firm would have an estimated $1.17 billion in revenue and 5,750 advisors, according to 2011 data. Linda Malamut, spokeswoman for AIG, declined to comment.

In 2008 AIG intended to put its Advisor Group of b/ds, including SagePoint, FSC Securities, and Royal Alliance, up for sale to pay back some of its TARP loan. But after almost a year of looking for a buyer, CEO Bob Benmosche, new to the role, decided not to proceed.

Instead, Benmosche put more resources into it. The group has a new fee-based platform and CRM system. The firm has also been more aggressively persuing deals when it made sense. For example, last year, SagePoint acquired Spectrum Capital, a small b/d with about 30 FAs and $3.5 million in revenue.

According to Cross-Search, SagePoint grew its revenue by 16 percent from 2010 to 2011, while Royal Alliance and FSC increased their revenue by 19 percent and 16 percent over that time, respectively.

Still, the rumors of possibly acquiring Woodbudy come as a bit of a surprise. In March, Larry Roth, the president and CEO of Advisor Group, told WealthManagement.com that the firm was in talks to buy mid-sized broker/dealers and larger offices of supervisory jurisdiction. Any deal would likely be rolled into one of the existing firms, not a “bolt-on” fourth b/d, he said.

The AIG rumors also come as a surprise because the company is still operating under the terms of the government bailout.

According to a recent report by the Office of the Special Inspector General for the Troubled Asset Relief Program, the U.S. Department of the Treasuryhas the most TARP investment in AIG, still holding 61 percent of the company’s equity.

“AIG buying Woodbury, particularly if AIG owes any money whatsoever back to the taxpayers, would be tantamount to GM being allowed to buy Honda,” said Ron Edde, director of FA recruiting at Millennium Career Advisors. “None of those firms [that got TARP money] should be allowed to acquire anything more than a box of pencils at this point.”

Jonathan Henschen, a recruiter with Henschen & Associates, said Advisor Group had been bragging that they have a lot of money to invest in growing the firm. “I hear that and I think, ‘Great. Hey, pay back the taxpayers.’”

At the same time, Henschen can see why it would make sense for AIG to purchase Woodbury. Woodbury had a reputation for selling the proprietary products of its parent The Hartford, which is why many insurance firms look to get into the broker/dealer business.

“For AIG, the amount of proprietary products that the Hartford reps sell would definitely be attractive to them,” Henschen said.

While the buzz has been around AIG, the insurer is not the only potential buyer. Ladenburg Thalmann is also at the negotiating table, according to sources. But the firm just paid $150 million for Securities America late last year, and it may be less inclined to make another large move, Larry Papike said.

Sources also name LPL Financial as a potential buyer. But Woodbury clears through Pershing, and that likely won’t change, said Jodie Papike. LPL is self-clearing, so it would be a tough sell for the firm to get brokers to leave the Pershing platform.

Recruiters say there haven’t been many advisor defections from Woodbury since the sale was announced in March, primarily because the firm came out with a stay bonus package at the beginning. Larry Papike said the firm encouraged advisors not to do anything until a buyer is revealed. “It calmed down most of the Woodbury universe.”

The bonus, offered to higher producing reps, averaged around 8 percent of advisors trailing 12 months production, Henschen said. Most reps took the bonuses, put them in the bank. If they’re not happy with the buyer, they’ll pay it back, Henschen said.