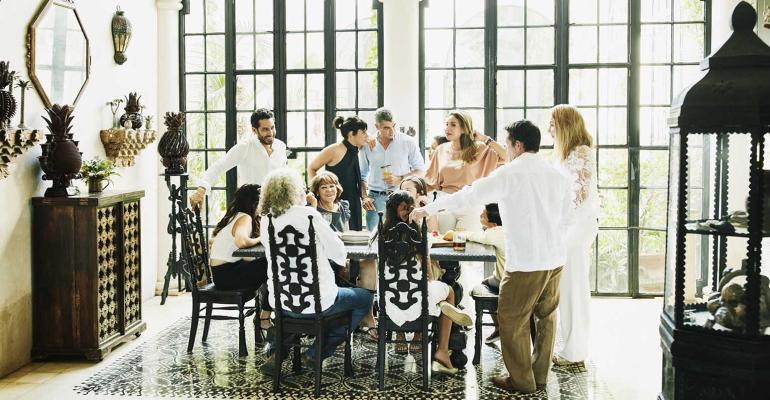 A UBS Investor Watch Report released Wednesday found that a substantial number of high-net-worth investors aren’t taking action to prepare for the future of their heirs’ finances.

The report, titled “Share It Well,” surveyed 4,500 HNW investors in 14 countries including the US, Latin America, Europe and Asia.

“We found that, even after the harsh realities of the pandemic, many investors simply aren’t taking the actions necessary to ensure successful wealth transfer,” the report stated. “This report reveals that many investors are unprepared for the Great Wealth Transfer, in which nearly $85 trillion is expected to pass to younger generations in the US over the next 20 years.”

Four in 10 respondents lack an up-to-date will or wealth transfer plan. Half aren’t having important conversations to prepare their future heirs, according to the study.

“So why—with so much wealth expected to change hands in the next 20 years—aren’t more investors taking action? Our latest research found that the tricky notion of dividing assets fairly and the difficulties of communication contribute to inaction,” the report stated. “Unfortunately, the cost of avoidance is not only financial but familial.”

A third of inheritors say they experienced conflict and unresolved family issues, according to the study. Seven in 10 investors want to focus on minimizing taxes and ensuring that their beneficiaries use their inheritance wisely.

Many investors grapple with the notion of fairness. Two-thirds, for example, are struggling with how to share their assets in a way they consider fair, particularly if it means dividing assets unequally among heirs. Benefactors who have resolved to favor some heirs over others are clear about why: 80% will give more to heirs with whom they have closer relationships. Others cite heirs’ financial needs and their caregiving role, according to the report.

“Throw in the dynamics of blended families, business succession and investors with no direct heirs … and the challenges are amplified," the report stated. "The good news: both benefactors and heirs agree on how to overcome the barriers."

Six in 10 surveyed say they are eager for more open communication. Half welcome professional help to facilitate dialogue and want insight into how other families approach wealth transfer.

“Beyond the discussions of dividing tangible assets, every family has a rich tapestry of values and heritage they wish to pass on,” the report stated. “As this historic period of wealth transfer continues, each family will need its own strategy to preserve what is most important, with clear communication about all they want to share. And how to share it well.”

Mike Chudd, private wealth advisor and managing director at UBS Wealth Management, said most families overlook what he calls “intentional time” during which they “try and teach and mentor their family.”

“There’s these myths out there that if we ever tell our kids we have money that it’s going to ruin them," Chudd said. "I’ve learned over the last 27 years that many of those myths are incorrect. Wealth does not ruin people. Not talking about it. Not teaching kids. Not having healthy conversations. Those are some of the issues.”

Chudd said these days children have more opportunities to learn about their family’s finances, even if the parents aren’t ready to initiate those conversations.

“In today’s world, it’s easier to know what your family has. You can just do a quick Google search and find out quite a bit more," he said. "So, I think kids these days are learning about money, awareness of it, that it exists. I still … think the conversations are ultimately not being had within the families about the values of money and things like that.”