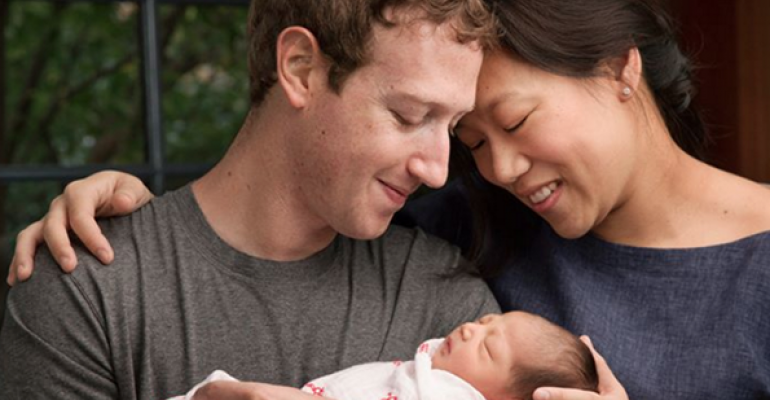 The Chan-Zuckerberg Initiative and For-Profit Charity

Yesterday, in a letter to his newborn daughter published on Facebook, company founder Mark Zuckerberg dropped a charitable bombshell in announcing that he and his wife, Priscilla Chan, would donate 99 percent of their fortune—currently about $45 billion—to charity during their lives.

This announcement could be a game-changer in the world of high-net-worth (HNW) philanthropy, but probably not in the way you think. True, we’ve seen an increase in the level of giving from HNW individuals in the past several years, spearheaded by Bill and Melinda Gates’ (with a hefty assist from Warren Buffet) famous Giving Pledge, under which 138 billionaires from 16 countries (including Zuckerberg and Chan) have informally agreed to donate at least half of their fortunes to charity. Zuckerberg and Chan’s new pledge certainly represents an escalation of this ideal, as they become some of the first billionaires on the list to begin putting their money to work on such a scale. However, the decision that may make real waves is that they aren’t pledging their funds to an outside charitable foundation, they’re giving them to themselves.

The beneficiary of Zuckerberg and Chan’s largesse will be the Chan Zuckerberg Initiative, an organization whose Seinfeldian mission statement describes its purpose to "advance human potential and promote equality for all children in the next generation."

By using an LLC structure, the Chan Zuckerberg Initiative forfeits some of the tax benefits afforded to more traditional non-profit organizations (though an LLC still receives favorable pass-through tax treatment in comparison to, say, a corporation and, through deductions from presumably copious amounts of giving, can still offset a great deal of any potential tax burden), but in return it gains a great deal of freedom. An LLC can seek to initiate change through a number of channels from which more traditional non-profits are barred, such as lobbying for legislation and engaging in public policy debate. However, the big one here is an LLC’s ability to engage in for-profit activities, such as impact investing, as well as to take part in initiatives that are closely related to a company’s core business, a prohibited activity for non-profit foundations. There’s also nothing stopping an LLC from making run-of-the-mill philanthropic grants. (There are also several other potential for-profit charitable structures, such as L3Cs and benefit corporations, whose benefits and drawbacks are beyond the scope of this piece.)

That being said, it should be noted that the same freedom of action that makes an LLC attractive as a for-profit charitable vehicle is also what makes some wary about embracing it (beyond the tax questions). Namely, it’s not a great visual. Though reasons for giving vary wildly—and, frankly, if someone is giving billions of dollars to charity, who beyond jerks on the internet (hi there!) really cares what their motivation is—public perception is still important. People, for better or worse, usually want to be recognized for the good deeds they do. It’s one of the reasons why naming rights keep coming up as part of charitable donations.

So, in that regard, setting up a “charity” as a for-profit (already dirty words to many) organization that isn’t really required to actually give to charity or help anyone creates questions. That such doubts still creep in at the margins even when talking about the Chan Zuckerberg Initiative—Zuckerberg and Chan have already donated over $1 billion to various causes, so their philanthropic bona fides are pretty airtight—further reinforces the point. When you extend the concept to an organization like Google, who took similar action in 2005 by creating Google.org, a division of the company and not a 501(c)(3) charity, to handle the bulk of it’s philanthropic initiatives, the questions become more pressing.

As more and more HNW individuals look to ramp up their charitable giving, for-profit charitable structures may become an increasingly important player because of the relative freedom to act that they offer. However, no vehicle is perfect, and for many, much of the luster of philanthropy is in positive public perception, an area in which such vehicles may fall short.