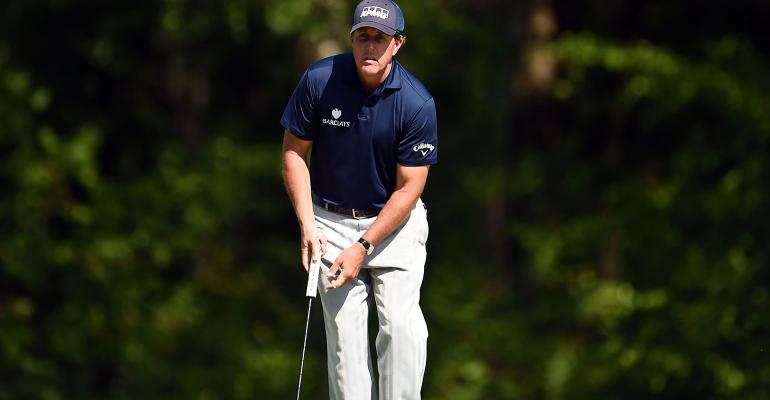 <p>Golfer Phil Mickelson recently was awarded a &ldquo;sweetheart deal&rdquo; by federal prosecutors as a result of his involvement in an ongoing insider trading case. Why?</p>
Wealth Planning>High Net Worth

At first glance, the SEC’s insider trading settlement with professional golfer Phil Mickelson is noteworthy if only because of Mickelson’s celebrity status and the press coverage it has generated. However, looking beyond the sordid tabloid appeal of a high-profile athlete becoming entangled with individuals who are alleged to have been waist-deep in a long-running insider trading scheme, there is a much more significant, arguably groundbreaking, aspect of the case: namely, the settlement Mickelson cut with the SEC.

As a former SEC enforcement attorney, I investigated and prosecuted several insider trading cases for the government, and as SEC defense counsel, I have defended and settled even more over the last 16 years. Yet, I have never seen a settlement anything like that in the Mickelson insider trading case — it is truly unique. And, it has absolutely nothing to do with Phil Mickelson per se.

To understand, we need first to examine the SEC complaint. Notably, the SEC did not charge Mickelson with insider trading, which is a fraud-based violation of the federal securities laws. Rather, the SEC named him solely as a “relief defendant” — an individual who is not alleged to have violated the law (i.e., engaged in illegal insider trading himself) but is in possession of tainted funds derived from another’s illegal conduct. The SEC thus sued Mickelson solely to compel him to return the $931,000 profit he made on his Dean Foods trades (on which he is alleged to have received a tip from one of the defendants in the case) under the legal theory that it would be inequitable and unjust for him to retain such funds. Yet, if the SEC did not allege Mickelson engaged in insider trading or otherwise violated the federal securities laws, how therefore is his retention of the profit unjust and inequitable? Not entirely clear.

By being charged as a “relief” defendant, and not as a defendant, Mickelson dodged a big bullet. He avoided: (1) a fraud charge, (2) having to pay another $931,000 in the form of a civil penalty (under SEC practice, insider trading cases are usually settled for the return of the profit made and a one-time civil penalty equal to the amount of profit), and (3) a court order enjoining him against future violations of the federal securities laws.

But this begs the question: Why did the SEC give Mickelson what appears to be such a sweetheart deal? The answer is not that the SEC lawyers hoped to cop free tickets to the next Masters by currying favor, but rather because it was the best result the SEC could have reasonably hoped for in light of U.S. v. Newman, a recent Second Circuit Appellate decision that made the SEC’s insider trading case against Mickelson extremely difficult to successfully prosecute. The Newman case imposed new, substantial hurdles for the government to overcome in proving an insider trading charge. It has caused reversals of prior insider trading criminal convictions and has sent a cold chill through the halls of the SEC Enforcement Division, likely shutting down many ongoing, non-public insider trading inquiries.

Thus, I imagine, the SEC was likely left with a very difficult decision: either charge Mickelson with insider trading and risk losing what would assuredly be a high-profile trial, or drop all charges and let him walk — a result likely found repugnant given the egregious facts alleged in its complaint. The SEC apparently chose a unique, albeit creative middle ground (the “relief” defendant approach), effectively giving Mickelson a relatively painless way out of his mess, but ensuring that the government still salvaged at least part of its case. This settlement may be indicative of the SEC’s new approach to dealing with the inconvenient realities of, and high hurdles imposed by, the Newman decision.

My take away: I understand and, in fact, applaud the practical consideration that drove this settlement on both sides. And, I think Mickelson made the right decision to resolve the case and avoid the risk of facing a crippling securities fraud charge that likely would have killed some or all of his lucrative corporate sponsorships. But, I have my doubts as to whether the SEC’s novel “relief defendant” approach would survive legal scrutiny if pursued in a contested enforcement action in federal court. For Mickelson, however, there can be no doubt that this settlement was better than a hole in one.